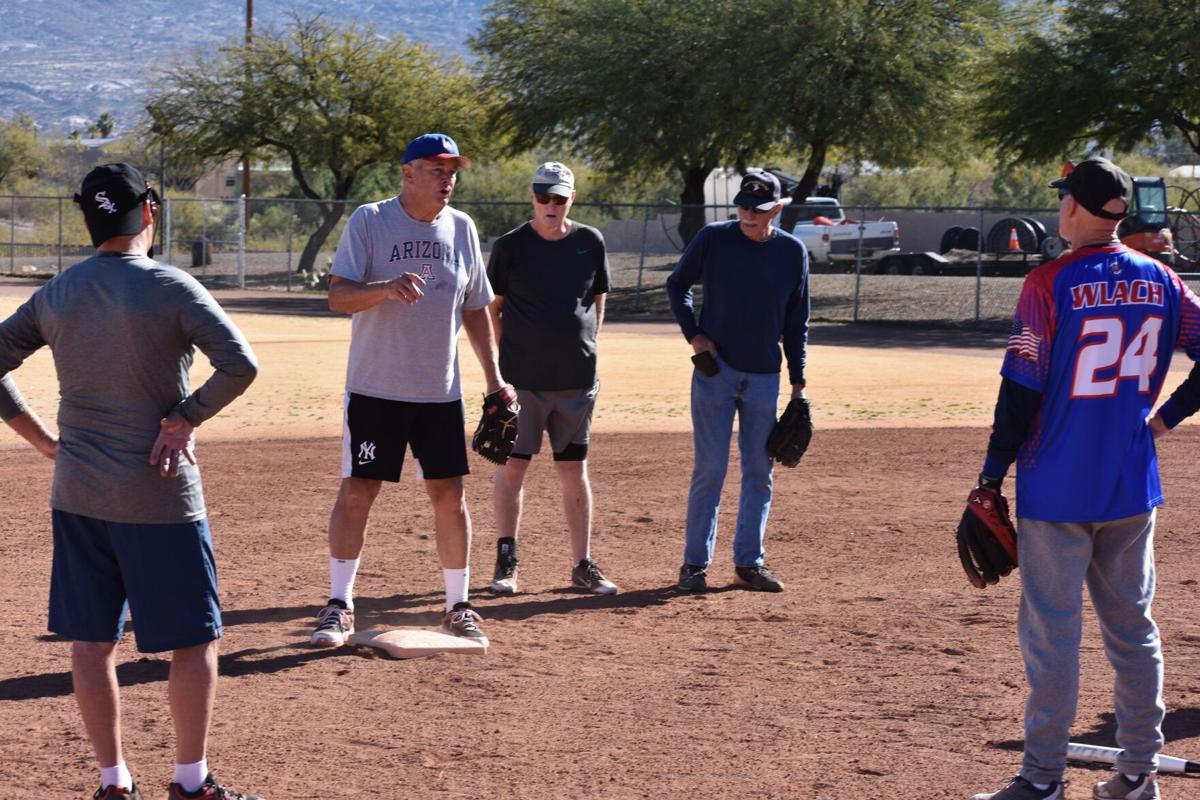 Paul Auster explains some of the basics of playing second base at last month’s softball skills clinic for SaddleBrooke Recreation and Sidewinder League players. 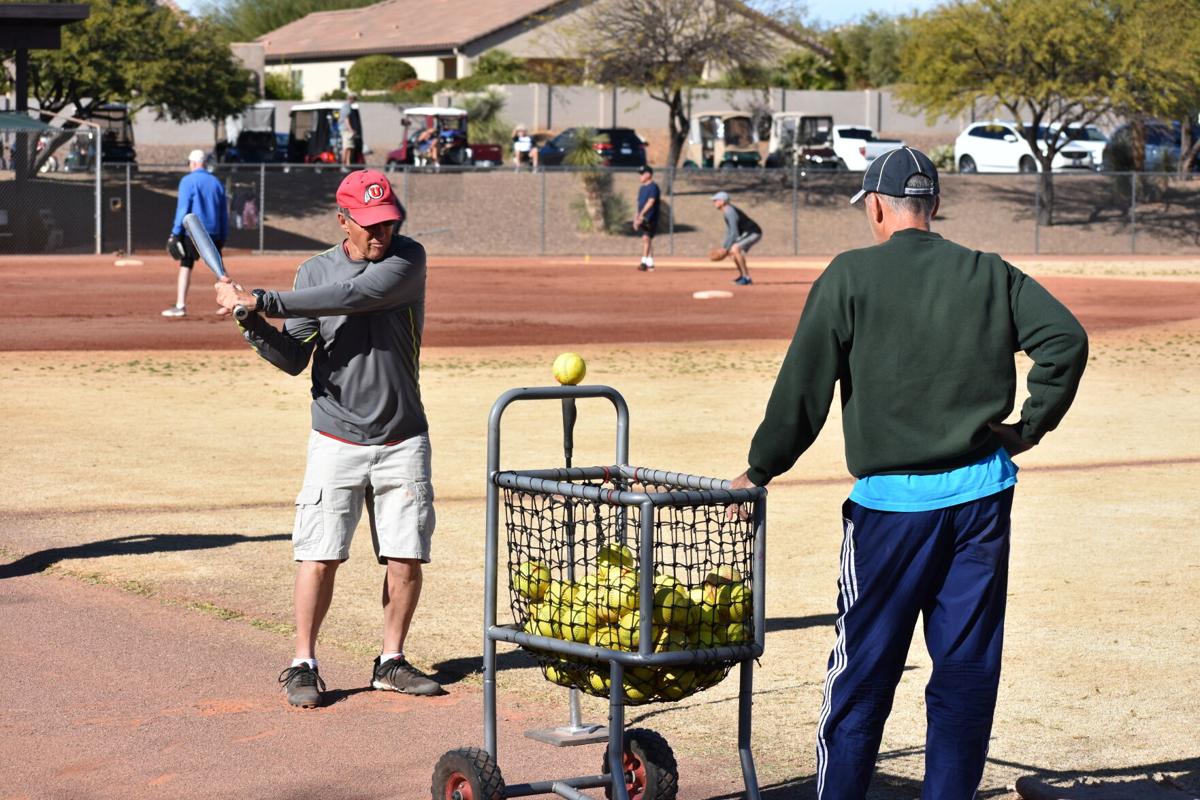 Paul Auster explains some of the basics of playing second base at last month’s softball skills clinic for SaddleBrooke Recreation and Sidewinder League players.

Michael Schumacher is not an experienced softball player but it didn’t stop him from signing up to play in the SaddleBrooke Senior Softball Sidewinder League this winter.

He’s new to the sport, last year was the first time he ever played, but figured he had nothing to lose.

“I still have a long way to go to become a reliable outfielder,” Schumacher said. “But I am constantly surprised how much fun I am having with this, especially as I never played before.”

To help him and 25 others prepare for the 15-week winter season, the league conducted a skills clinic for the two entry-level league (Recreation and Sidewinder) players a week before the season started January 11.

The three-day event covered all aspects of the game including hitting, fielding, throwing, base running and rules. The clinic concluded with a modified simulated game that was lively and well-played between the participants.

This is the second clinic the league has organized and Peter Romeo, the skills clinic commissioner, would like to do one between each season.

“The more people know the rules and learn the skills needed to play, the more fun they will have and the more they will want to play,” Romeo said. “We want the people who are playing to continue and spread the word to others who might be interested in playing.”

Scott Sherby buys into that idea. He started playing at SaddleBrooke in the Sidewinder League last fall after attending the first clinic in September. He learned so much there, he wanted to continue to improve his skills.

“The clinic has been wonderful for me,” he says. “I never played on an organized team, and my last time on a field was 23 years ago. I wasn't very good and no one cared. The instructors here have been so helpful in making me feel comfortable playing.”

Mark Wlach, a new resident who hadn’t played in many years, joined the Sidewinders last season, and was grateful for the clinic.

“The batting, fielding and base running drills were just what I needed before starting competitive play,” he said. “The instructors were so friendly, knowledgeable and dedicated to helping us. There’s nothing better than practicing fundamentals with a great group of people.”

Commissioner Romeo is pleased with the results of the first two clinics. All seven sessions this season were filled and there was even a waiting list. He said participants told him they were thankful for being reintroduced to the game, remembering skills they forgot, and most of all, being reminded to have fun playing.

“Huge kudos to Peter Romeo and the other guys whose coaching has been fantastic. We all owe them,” new outfielder Schumacher said. The “other guys” include Paul Auster, Gus Marano, Steve Overhaug, Stacy Dawson, Steve Pede and Dennis Purcell.

The Softball Association has five leagues based on skill level, playing Monday through Friday, in winter, spring, summer and fall seasons. One-hundred-thirty-one men and women are playing this winter season on 26 teams. Most play on more than one team. The league is continuing to grow, adding 40 new players last year, its most ever.

If you are interested in learning more about SaddleBrooke softball, go to saddlebrookesoftball.com.