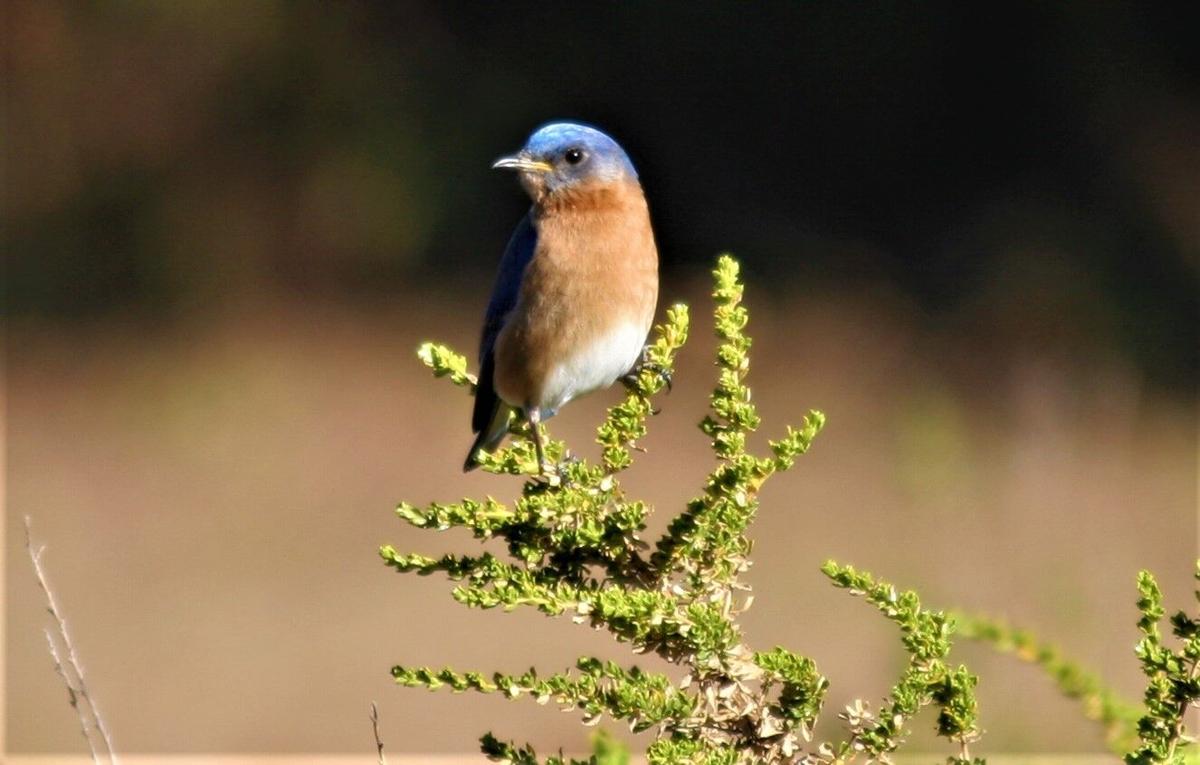 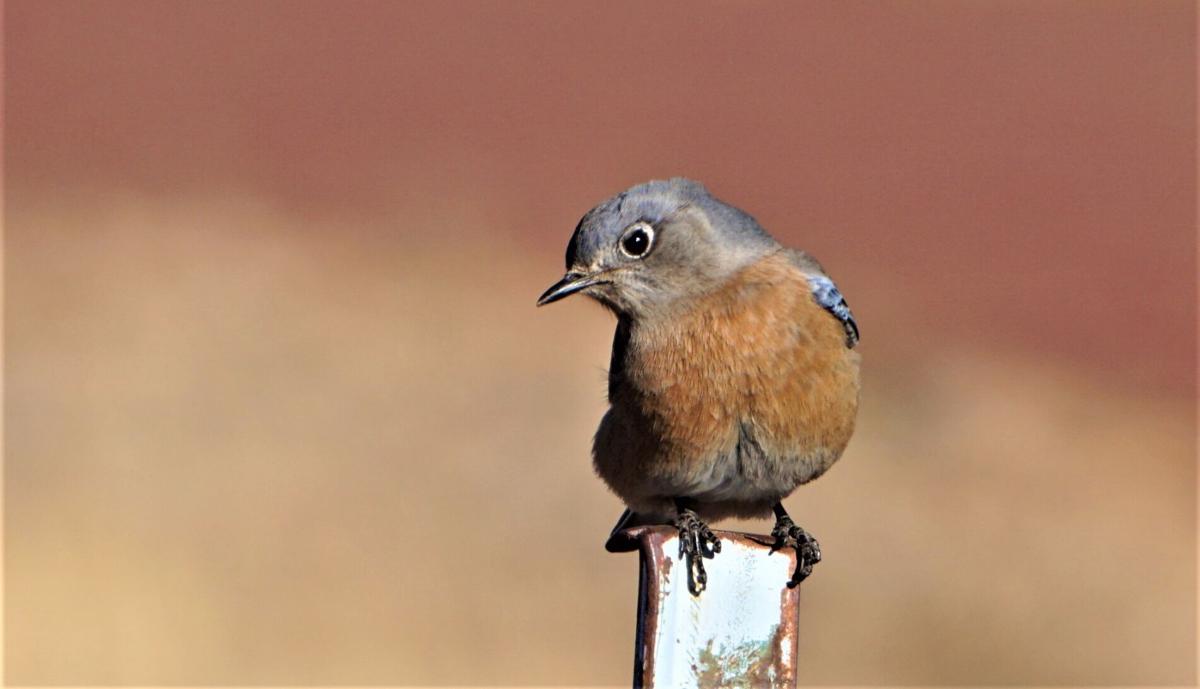 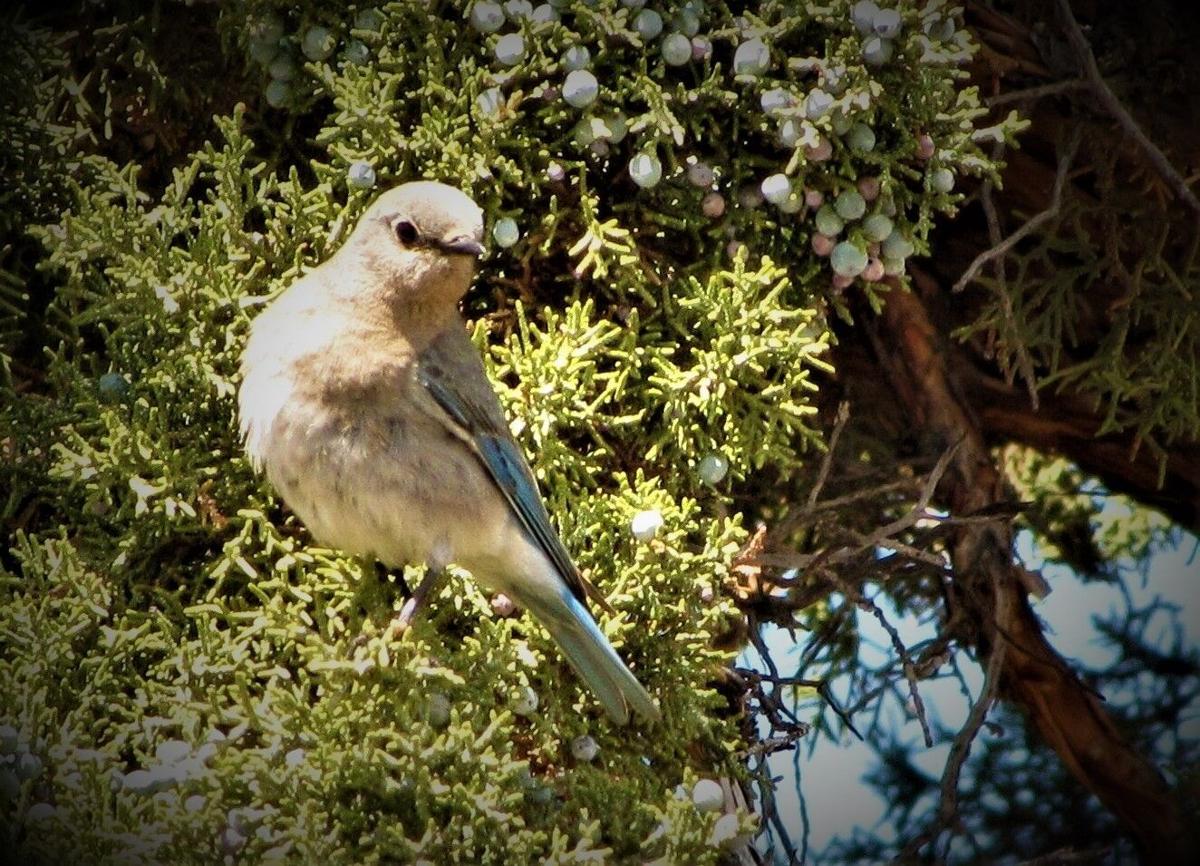 The contiguous 48 United States all have at least one of the three species of bluebirds, the Western, the Eastern or the Mountain, but very few have all three. One of those few states is Arizona, which not only has all three but our primary population of Eastern Bluebirds, found in the Southeast corner of the state, is a special subspecies, the Azure or Mexican; a bird found nowhere else in the U.S. We also have occasional reports of ‘pure’ Eastern Bluebirds in other parts of Arizona, but they are unusual.

As confusing as bird names can sometimes be, in this case their names are right on: The birds all have blue plumage, the Eastern Bluebirds are basically found in the eastern U.S., the Western Bluebirds are found in the west and the Mountain Bluebirds are found in, you guessed it, the mountains. Here in SaddleBrooke at mid-3,000 feet of elevation, none of these birds nest, but we do see the Mountain and the Western species as they move through from higher elevations to lower ones in colder months and vice-versa in warmer months. Currently (mid-January) we are commonly seeing Western Bluebirds throughout the Tucson area including SaddleBrooke, and at least this year occasionally seeing Mountain Bluebirds, a much rarer bird at this elevation. Easterns are possible, but unlikely.

As is often the case, distinguishing females of one bluebird species from another is difficult at best, but if you are only looking at males, the task is easier. Male Mountain Bluebirds are readily distinguished compared with Eastern and Western because of blue plumage throughout: their head, back, wings, throat, chest and belly, with no hint of red or rufous coloration anywhere. Male Eastern and Western Bluebirds both have red, rufous red or orange red plumage, but still there are notable differences between them. Western males have a blue throat and a bluish-to-bluish white belly, while Eastern males have a rufous/red throat and a white belly.

By the 1970s, bluebird numbers overall had declined by as much as 70 percent, but this trend has reversed with a concerted nationwide effort to build and place birdhouses along bluebird ‘trails.’ Bluebirds are cavity nesters, and their numbers had dropped due to loss of suitable nesting habitat as their usual nest holes were taken over by competitive cavity nesters such as European Starlings, as well as the simultaneous loss of habitat. Their bills are not strong enough to dig out nesting holes in trees, so prior to the construction of birdhouses, they necessarily had to rely on woodpeckers to build majority of their nesting sites.

Bluebirds are well represented on U.S. State bird lists, as well, with New York and Missouri having picked the Eastern Bluebird and Idaho and Nevada choosing the Mountain Bluebird. Not sure what happened to the Western Bluebird, but it has a right to sulk. In terms of diet, they are omnivorous, feeding on insects during the breeding season and small fruits and seeds in the winter.

Bluebirds are found in songs like, “There’ll be Bluebirds Over the White Cliffs of Dover,” written in 1941 to look forward to the end of WWII, a popular British song even though bluebirds are not indigenous to Britain, and ‘Bluebird of Happiness,’ an 84-year-old song that perhaps no one alive could sing today. The sentiment persists, however; mention a bluebird and everyone thinks of happiness.