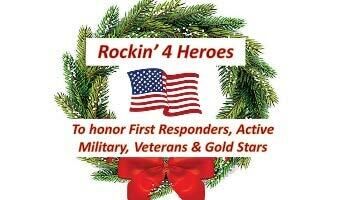 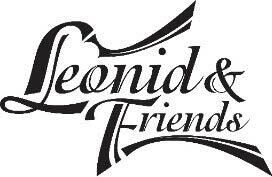 Rockin’ 4 Heroes is an opportunity for Arizona to come together and thank those who selflessly serve our communities and country. We Will honor our First Responders, Active-Duty Military, Veterans and Gold Star Families. Join us at thus FREE event which will take place on Saturday, December 11 at 2 p.m. at the James D. Kriegh Park in Oro Valley, AZ. The first part of the event will honor the aforementioned groups, followed by the concert which will end at 5 p.m. This is an outdoor concert, so bring your own blanket or chair! Gates will open at 1:15 pm.

Rockin’ 4 Heroes was initiated by Michael and Bonnie Quinn, 23-year residents of Southern Arizona who have had a history of appreciating and acknowledging our First Responders, Active-Duty Military, Veterans and Gold Star communities. Recently, they had a strong desire to say thank you for the compassionate care provided by paramedics, police, doctors, and nurses, provided to their 29-year-old son, PJ who was very ill the last four-years of his life and passed away in July 2020. They have long been patriotic supporters of all four groups of heroes, but this particular experience spurred them into action, and to seriously consider options. They believed many in our community also have a desire to express their appreciation to these heroes, especially now amid COVID.

The Quinn’s were first introduced to the group Leonid & Friends via YouTube and then saw them in concert in Gilbert, AZ on their first US tour in 2019. They are a group of Russian classically trained musicians who play American rock n roll, a tribute band performing the music of the group Chicago. Their concerts are musically astounding and energizing, and a date opened for the very end of their current “Feelin’ Stronger Every Day” US tour and took the opportunity to bring them to Southern Arizona. Now, Mike & Bonnie knew how they could say thank you! Leonid & Friends is going to wrap up their US tour right here in beautiful Southern Arizona before flying home to Moscow!

Along the way Mike had introduced a number of friends to this music of Leonid & Friends. One individual introduced Mike to a good friend that he had worked with for decades as part of the Up with People group that toured globally. Steve Rokowski. Steve was with Up with People for 18-years and was very involved with many of the international events and productions over the years. Among Steve’s credits are he was Technical Director of Super Bowl X, IV, VI and Coordinating Producer of Super Bowl XX Halftime shows. Steve has been an event planner his whole career and has organized events just like this around the World. Mike knew he had a wingman for this project.

All proceeds from the concert will go to the new First Responders and Veterans Living Memorial at Naranja Park in Oro Valley… so not only can we all say a big public THANK YOU to our heroes, through community support, the memorial will benefit as well!

We foresee a heavy presence of those from the four groups we are honoring as well as the public at this free, outdoor event. The event will start off in a patriotic fashion and honor each of the four groups and then pivot to a more solemn remembrance. Amongst the opening elements, there will be a presentation of the official Honor and Sacrifice flag to the parents of fallen Tucson EMT Jacob “Jake” Dindinger as well as a presentation of the official Honor and Remember flag to local Gold Star parents of fallen Army SPC Kale D. Clay. These ultimate sacrifices, made on our behalf to serve and protect our communities and nation must never be forgotten.

After this patriotic and uplifting opening to the event, the Leonid & Friends will play for two hours and have the crowd rocking. Don’t miss this awesome event!