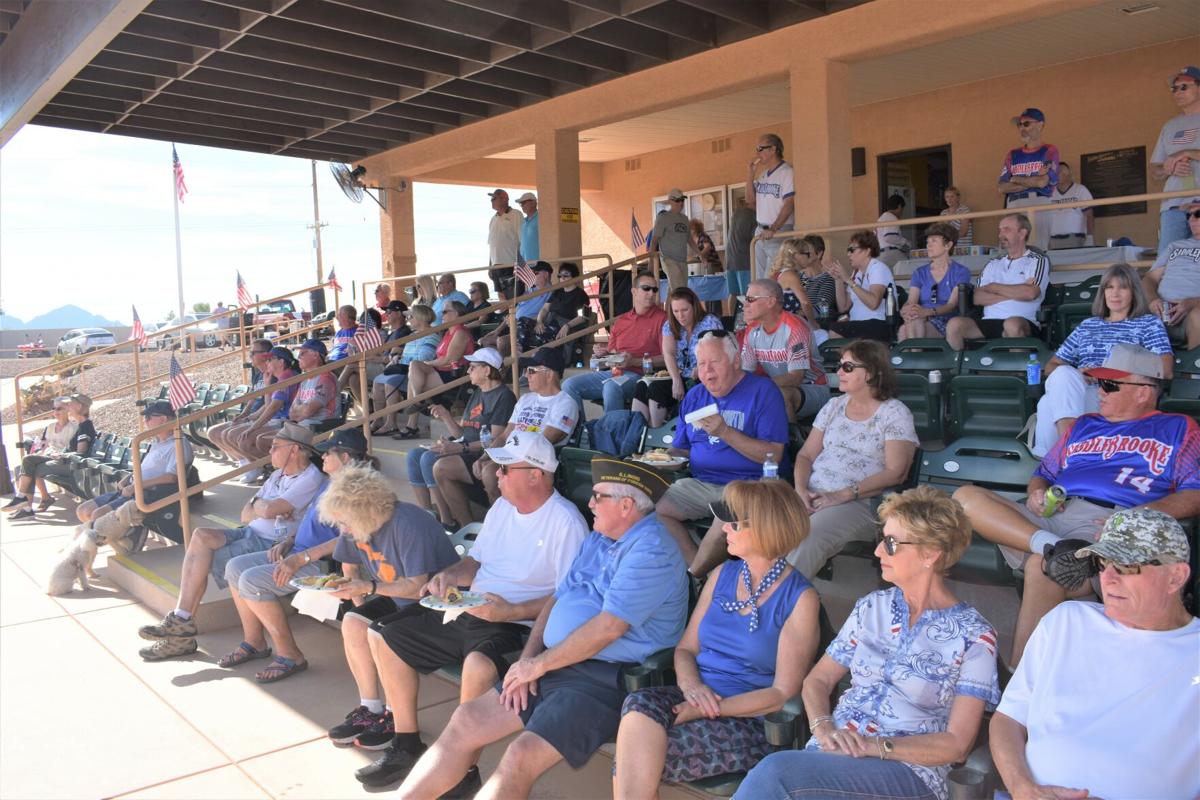 The annual SaddleBrooke Senior Softball Veterans Day tournament is set for Saturday, November 13. Free food and drinks will be available.

The annual SaddleBrooke Senior Softball Veterans Day tournament is set for Saturday, November 13. Free food and drinks will be available.

The annual SaddleBrooke Senior Softball Veterans Day tournament is set for Saturday, November 13 at the community’s jewel of a ball field.

Free hot dogs, bratwurst, chips, cookies, soda and water will be served starting at 11:30 a.m., but donations are appreciated.

The league’s many veterans will be honored on the field with a special ceremony between games.

“It’s a fun day for all involved,” said Joe Passoni, SaddleBrooke Senior Softball Association president. “There is music, free food and entertaining softball. It’s an opportunity to socialize with your friends and neighbors and we look forward to another great turnout from the community.”

The tournament is one of four holiday events the league conducts every year. The others are held on St. Patrick’s Day, Memorial Day and Labor Day.

Veterans Day celebrates the service of all U.S. military veterans and is observed November 11. It was originally known as Armistice Day but was renamed in 1954 to celebrate all veterans, not just those who died in World War I.

SaddleBrooke Senior Softball is in its seventeenth season. Games are played Monday thru Friday year-round in five different leagues based on ability. One-hundred-fifty-five men and women are competing on 25 teams this fall season. Most play on more than one team.

If you are interested in playing, volunteering or watching the games, go to saddlebrookesoftball.com to learn more.