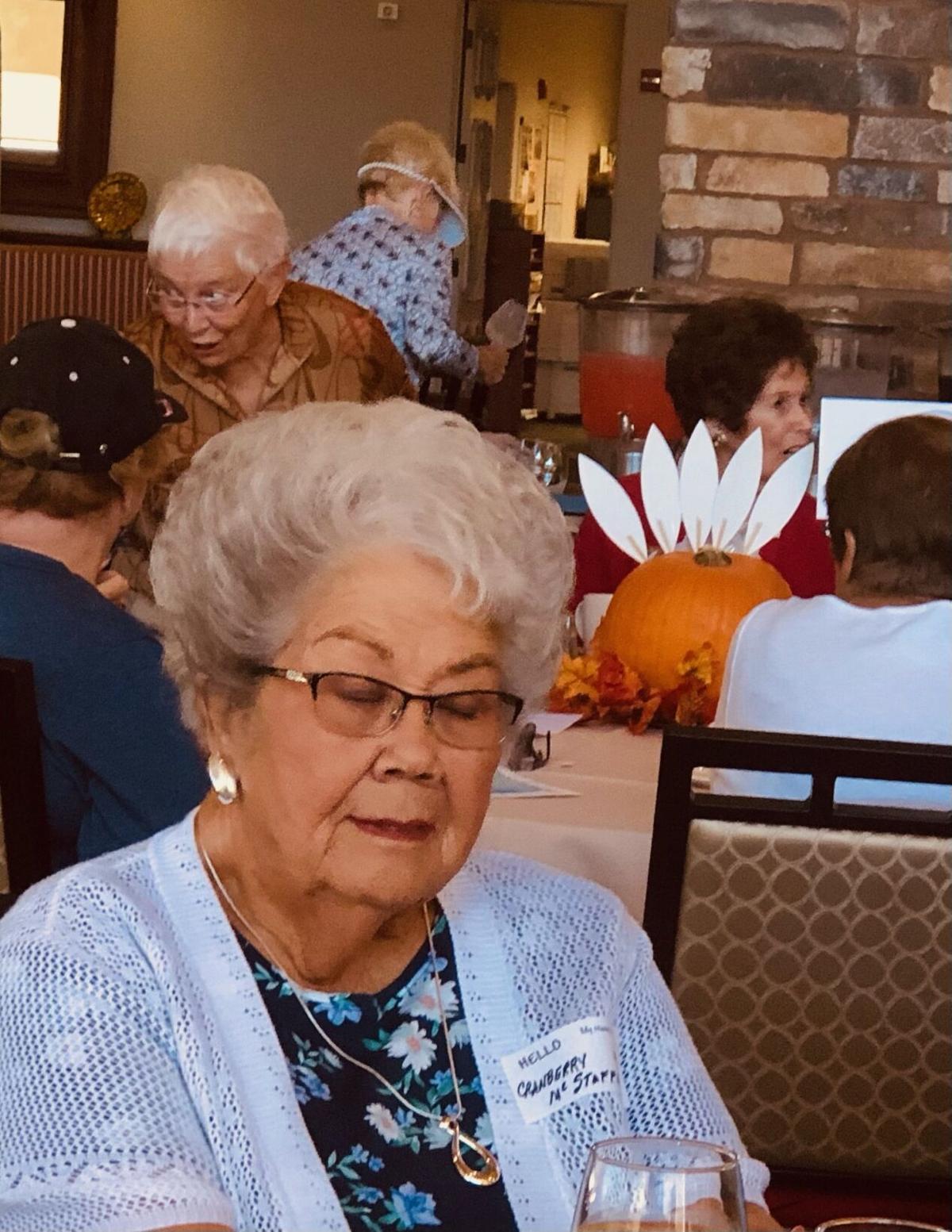 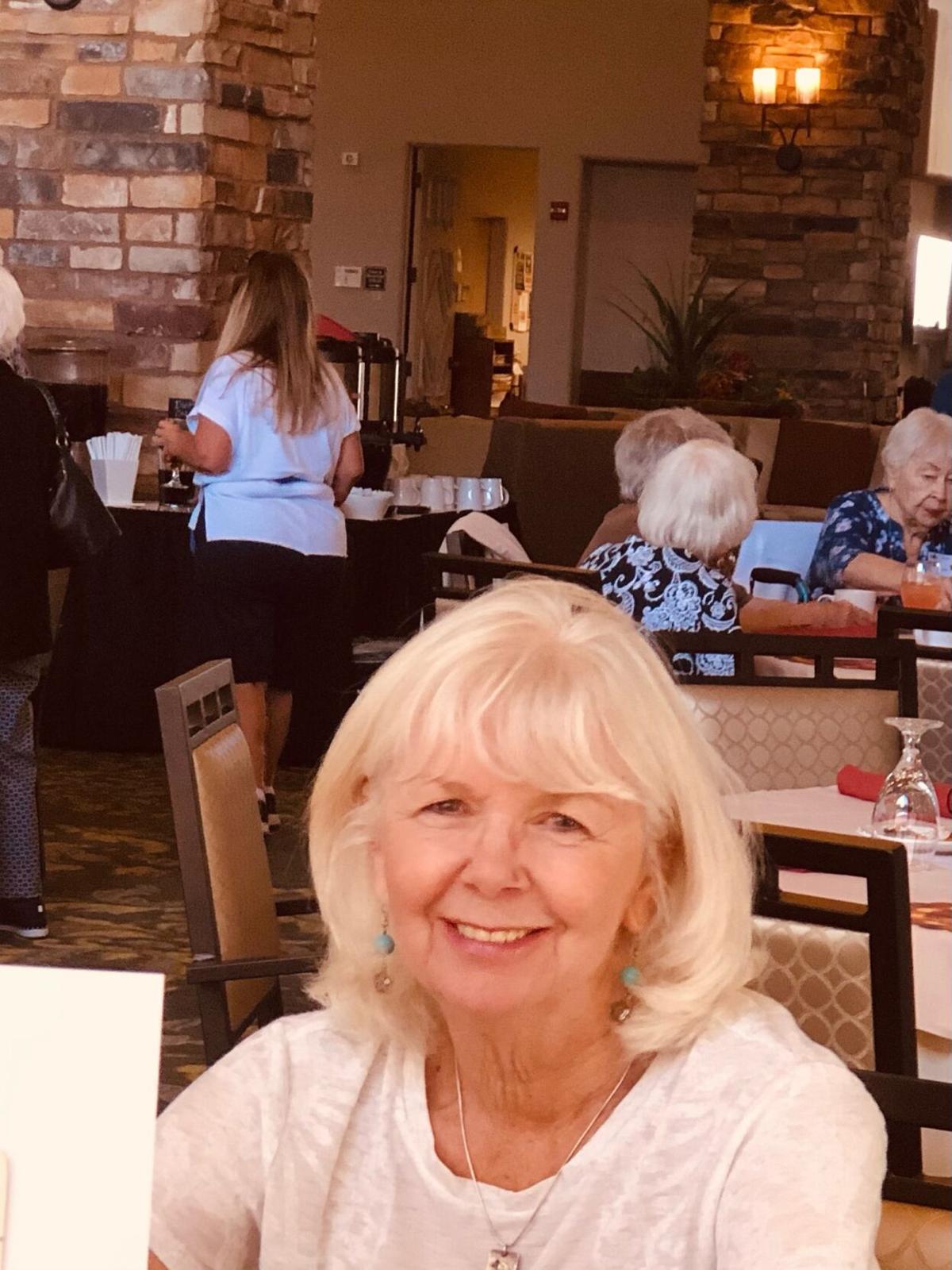 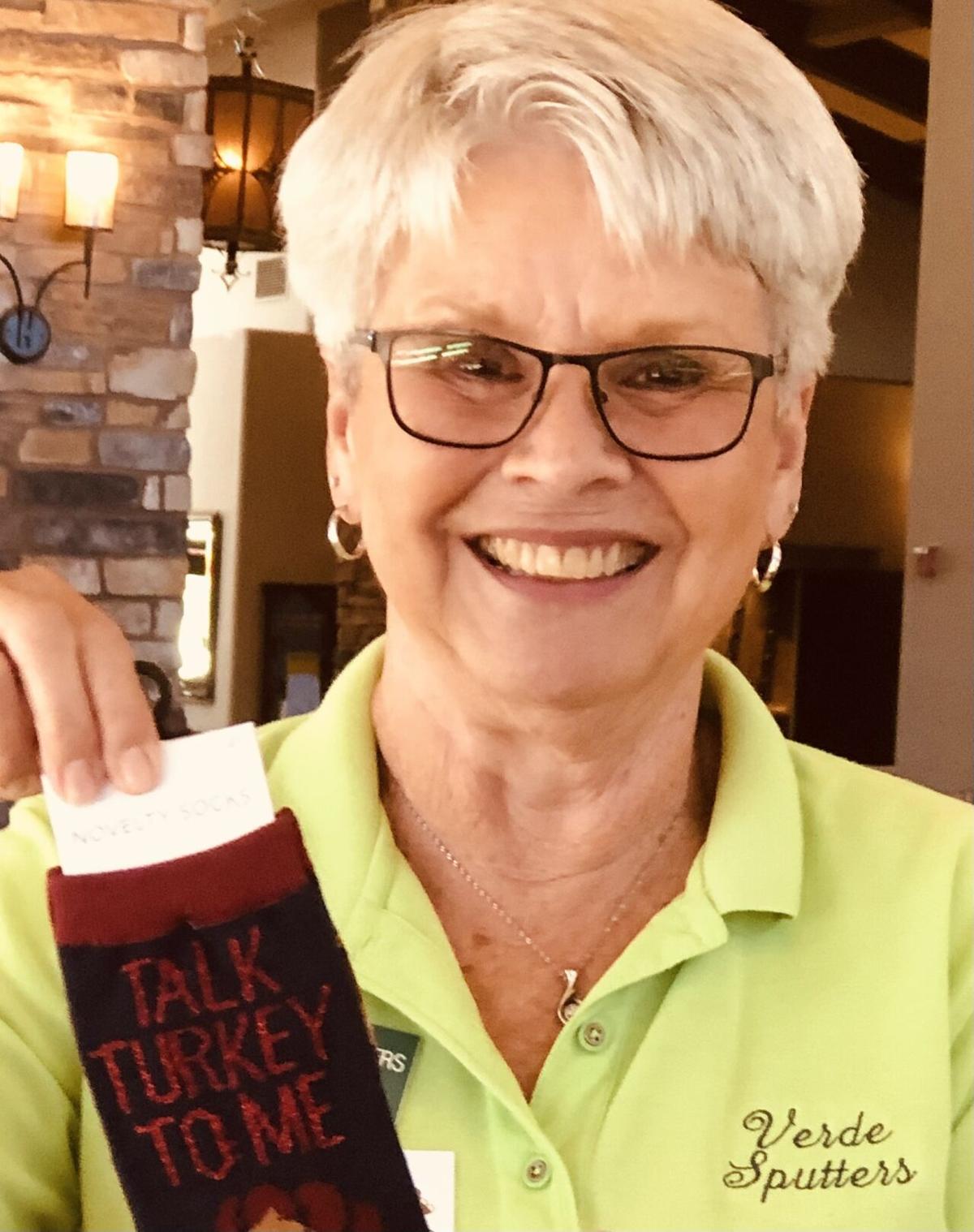 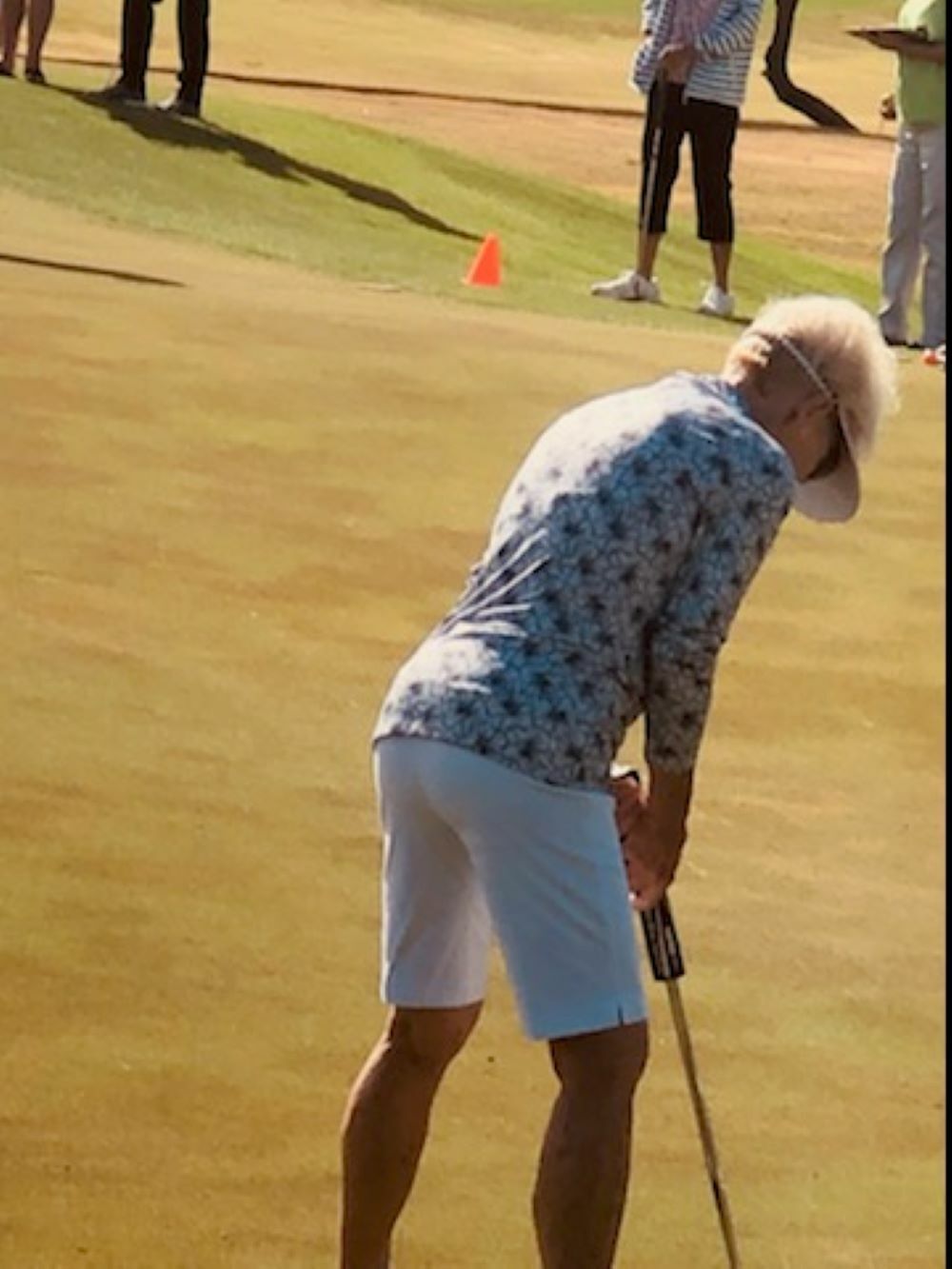 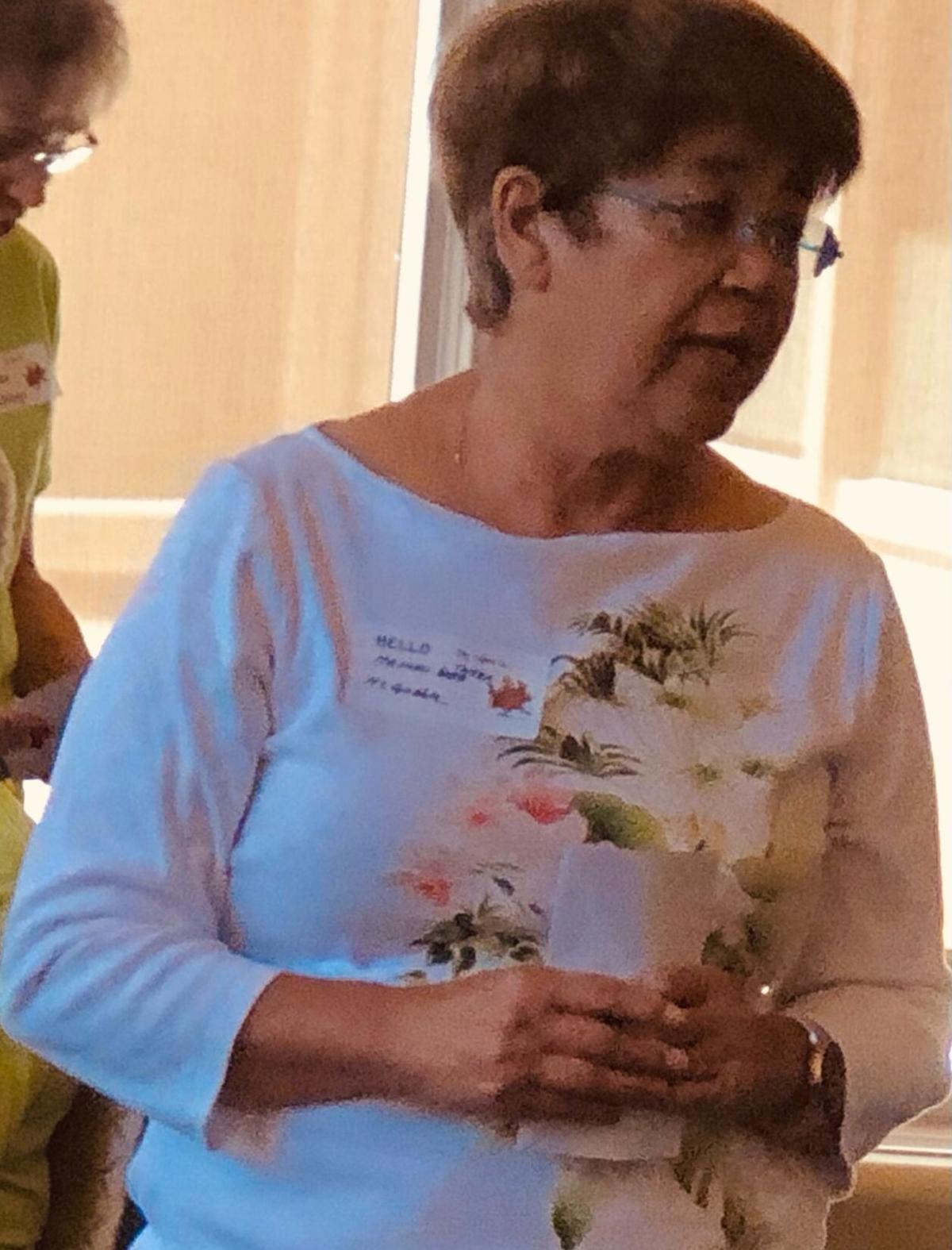 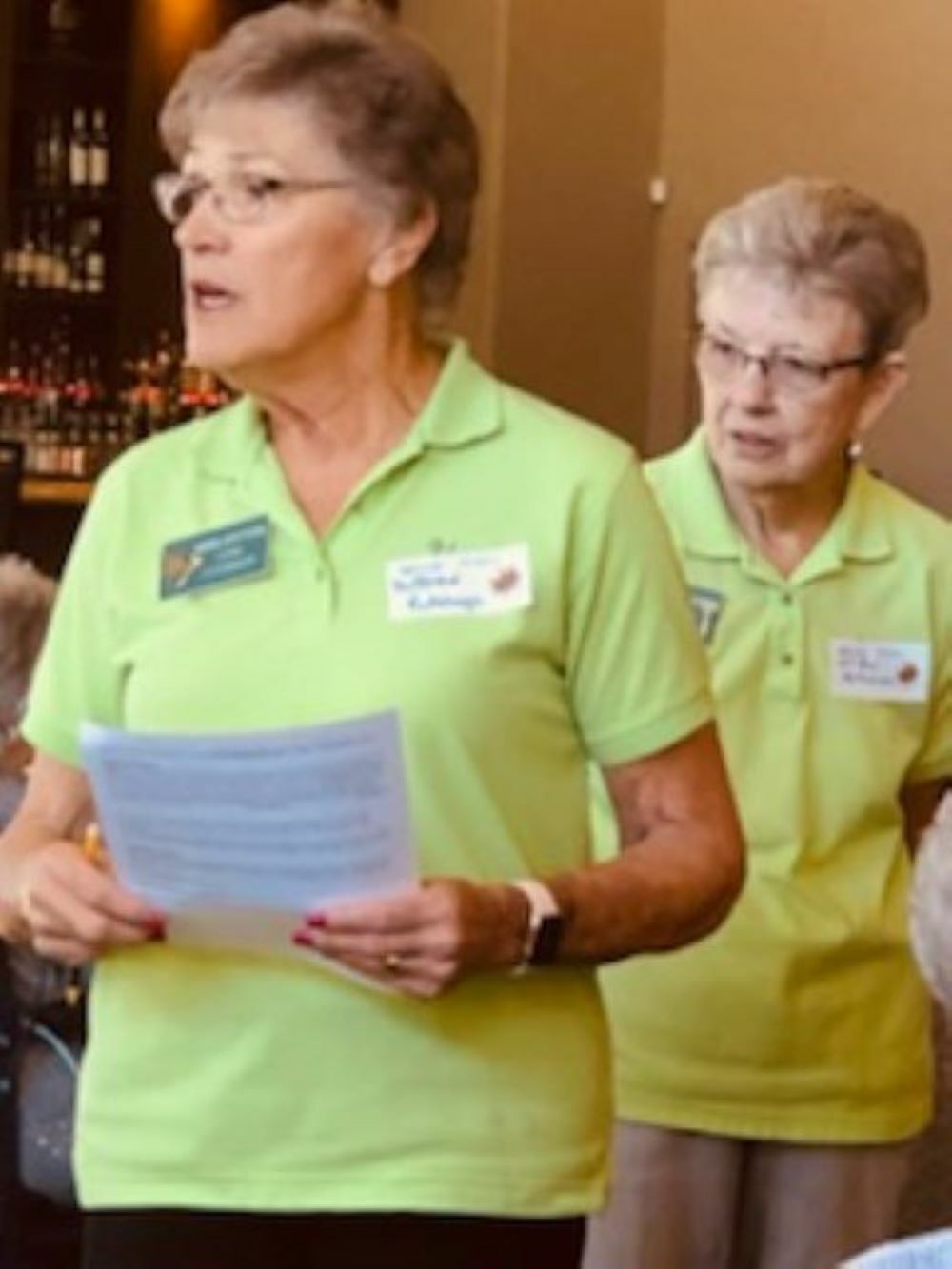 We wish to note the founder of Verde Sputters, Marj Cattrell, has passed away. She will be sorely missed. For those of you who never met Marj, she began this great group of ladies and the wonderful event of “Sputting” we all enjoy. In her honor, the Annual Invitational Event held in the Spring will now become known as the Marj Cattrell Invitational.

There were 64 Sputter members and four guests for the Verde Sputters Holiday Luncheon on Monday, November 1 at the HOA-1 Clubhouse. We feasted upon Roasted Turkey with Stuffing, Cranberry Sauce, Potato Gratin, Gravy, Broccoli, hot yeast rolls and butter, and for dessert, Pumpkin Praline Bread Pudding. Yum! I felt my waistline expanding with every bite, but it didn’t slow me down.

Lydia O’Connor and Barb Rempel led the business part of the meeting. We sang Happy Birthday to the Sputters with November birthdays. A $500 check to the Tri-Community Food Bank was presented to Maggie de Block, a very worthy cause which provides assistance to the families in the area. Four Sputters earned a Star. When a Sputter breaks 40, they are awarded a Star with their score which attaches to their name tag. Stars were awarded to: Jeanne Ragan, 35; Jane Horrigan, 36; Carol Wilke, 38; and, Dee Mahoney 38. There were 58 players for Sputters today and we had approximately 50 Holes in One. Wow! I’m happy if I just get it in the hole within four strokes. Ellane Jepson won the money hole. The drawing for the free lunch was won by Lavonne Ashwood.

After the business meeting, the fun begins. Sputters visited from table to table to wish happy holidays to friends. Upon arrival to the luncheon, each person was given a sheet from which to get their turkey’s name from the list using the letter of their name and the month they were born. For instance, if your name started with an S and the month December, the name tag would read Drumstick Nappy Nap. Sheelagh Simpson, Joni Campbell, and Donna Bujnovsky composed the committee which did the centerpieces and placemats for the tables and games. If your placemat had a sticker on the back, you got to take the “turkey pumpkin” centerpiece home with you. Carol Jones won a pair of socks with a talking turkey on it as the winner of the Turkey Scratch game.

The December Holiday Luncheon will be held on Monday, December 6 and the committee is already working feverishly. So don’t be naughty be nice because Santa is coming to Verde Sputters!