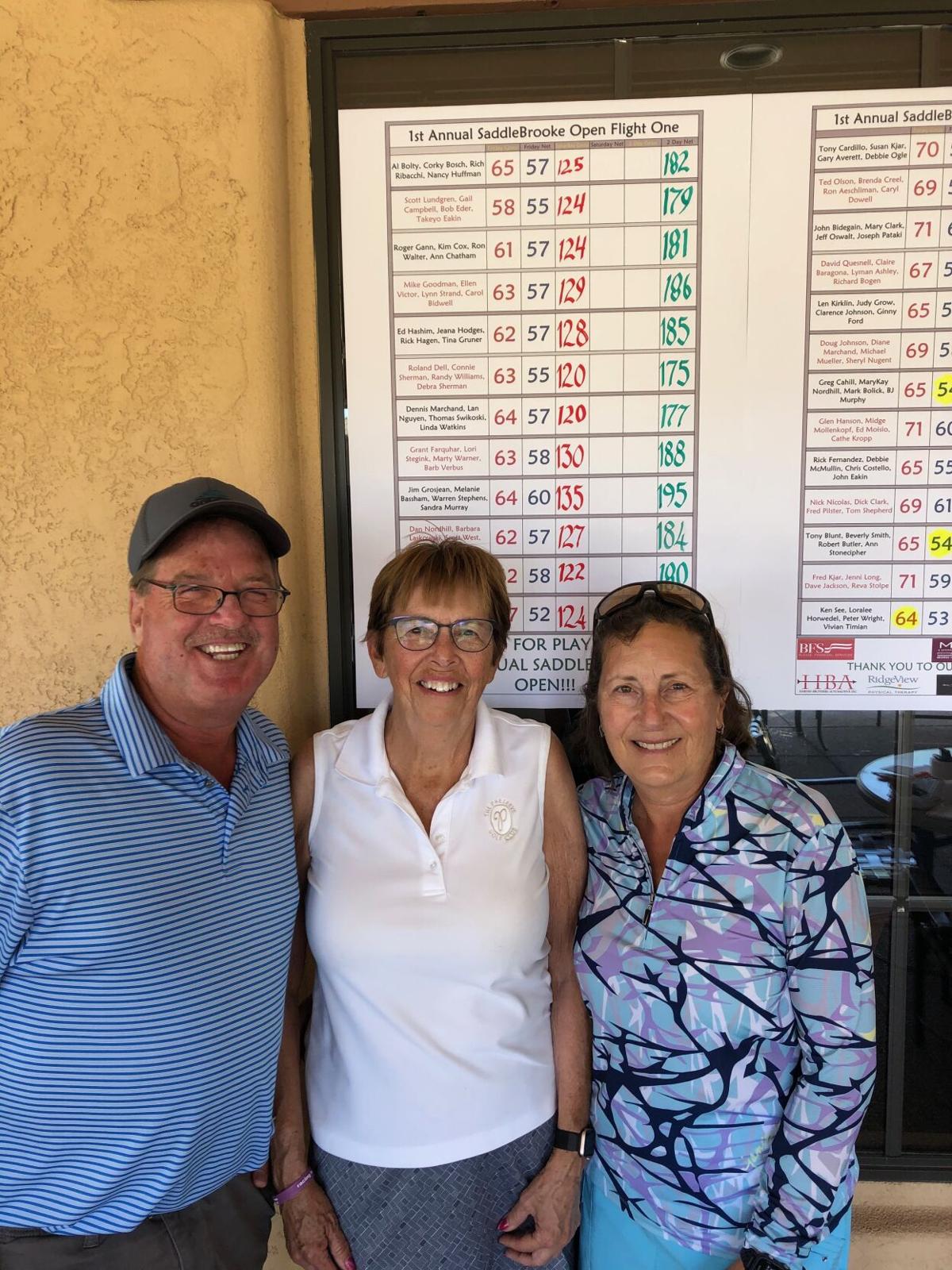 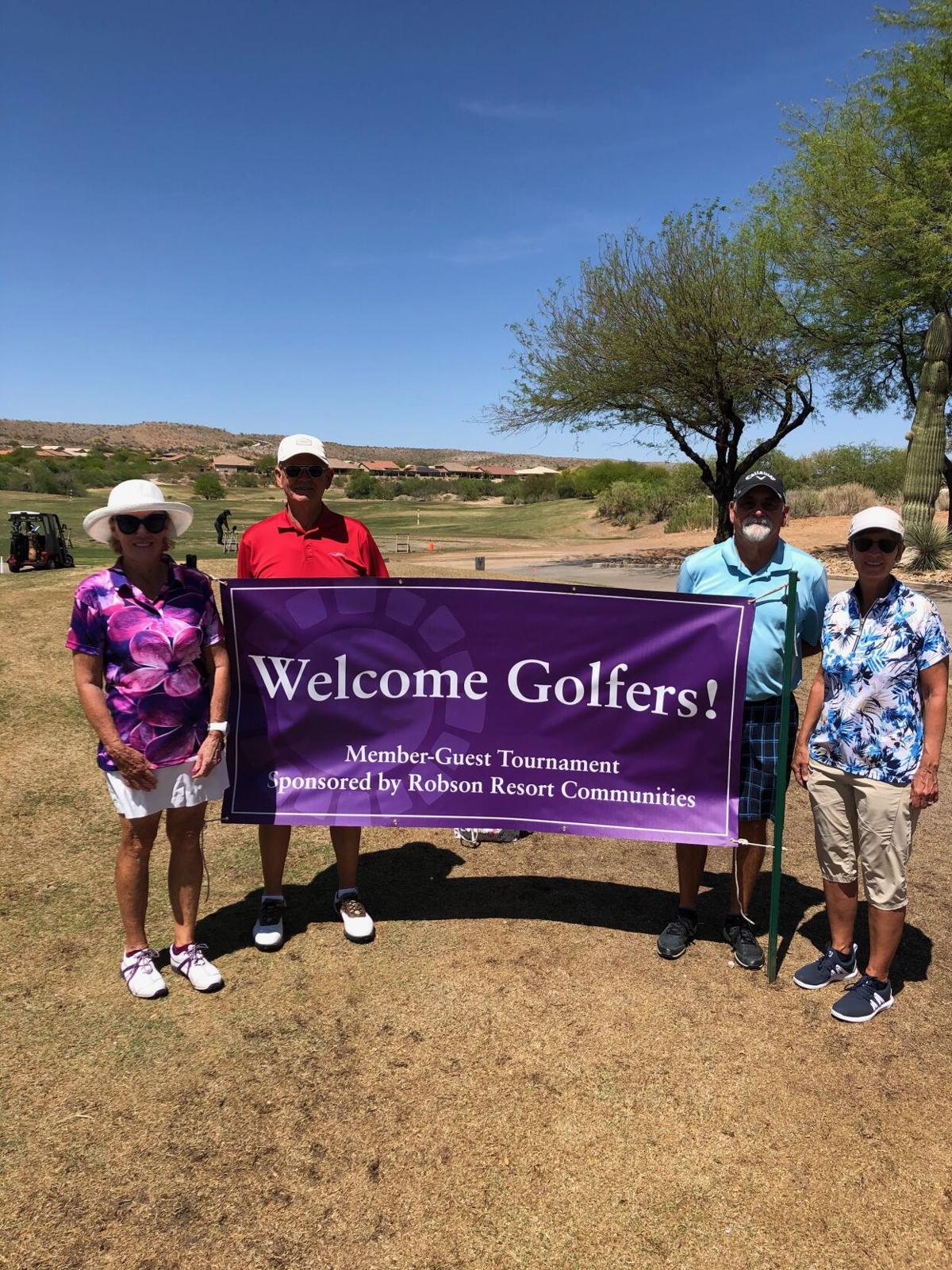 The first of what is hoped will be an annual event, The SaddleBrooke Open was held on Thursday, April 22 and Saturday, April 24. With the consideration and approval of the Board of the SMGA, the event was introduced to HOA-2 Men’s 18-hole league and the planning began. What was so pleasantly unusual about this event was that each team would be made up of one man and one lady golfer from the 18-hole leagues of both the HOAs with the first day’s event held at SaddleBrooke and the second day at MountainView. Prizes were awarded following each days’ scoring with the overall winners combining both days’ play announced as follows:

Special thanks to the HOA1 SMGA Board for their sponsorship, Jane Chanik PGA Head Professional, Robson Properties for their sponsorship, Matt Hudson HOA2 Head Professional and the committee members from both Associations: Mark Miller, Dennis Marchand, Reva Stolpe, Carol Bidwell, and Barb Laskowski for the many hours of planning and implementation of this first ever event. A great time was had by all and we look forward to more opportunities to combine play with both HOAs.