Skip to main contentSkip to main content
You have permission to edit this article.
Edit
Home
E-Newspaper
Letters to the Editor
Events Calendar
Billboard & Classified Ads
Recipes
Current Advertisers
Submissions
Advertise with Us
About SaddleBag Notes
Share This
1 of 9 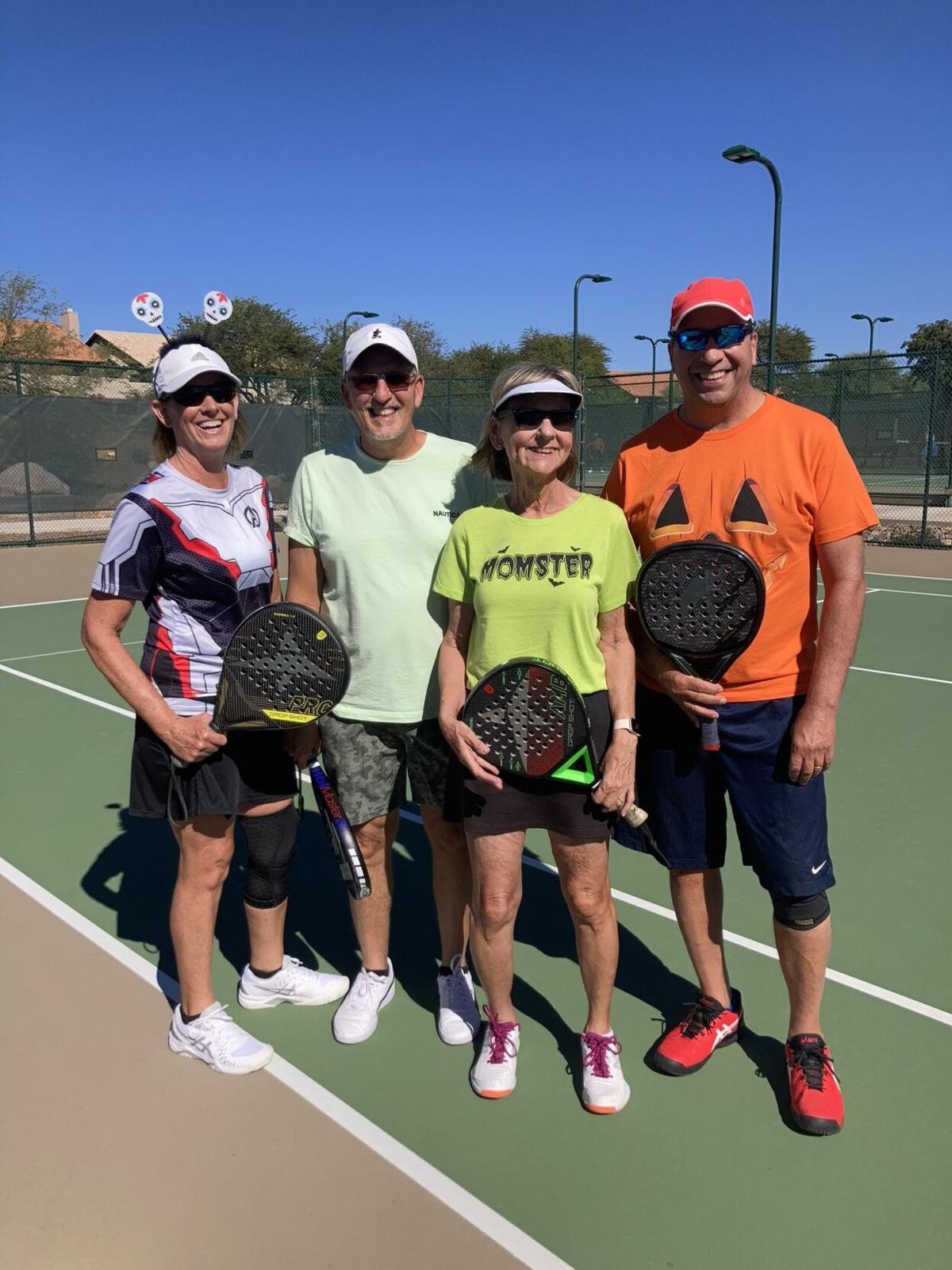 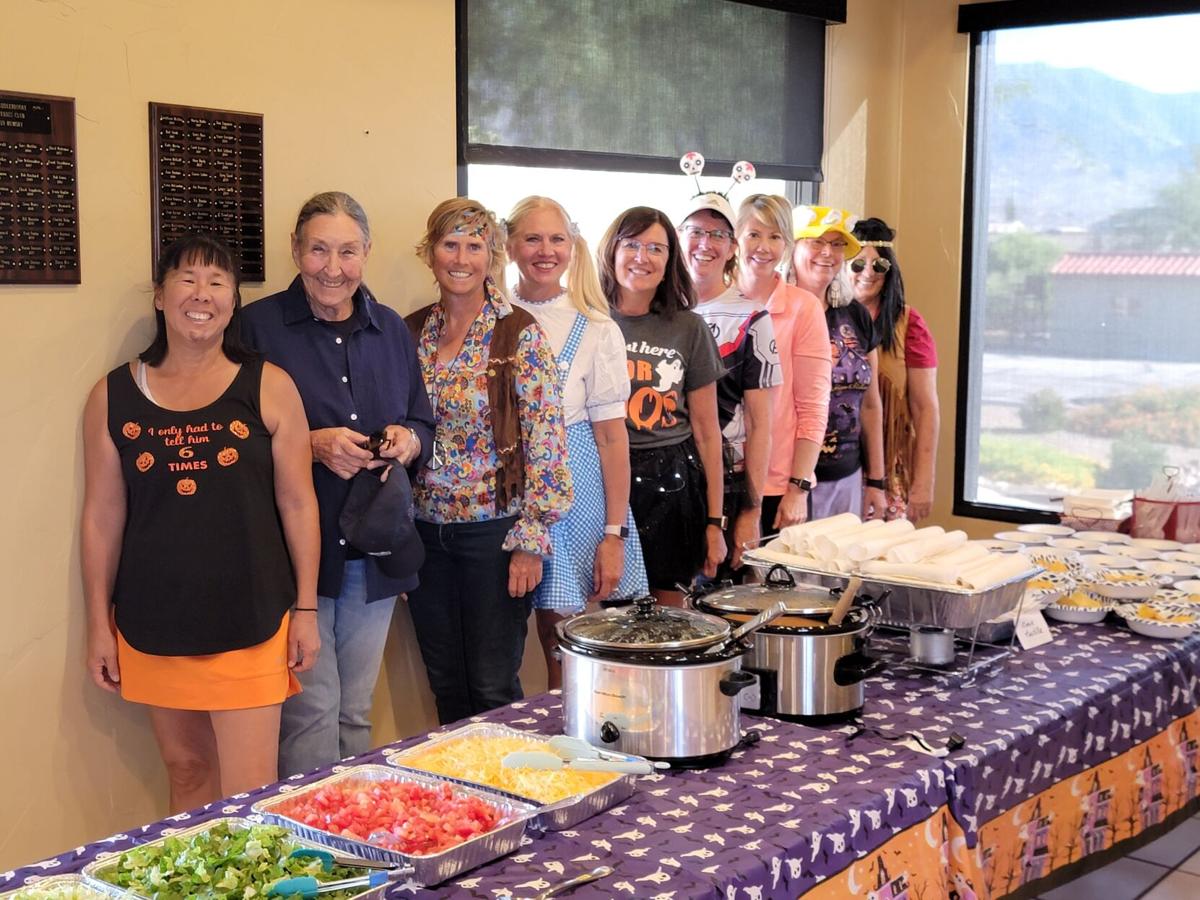 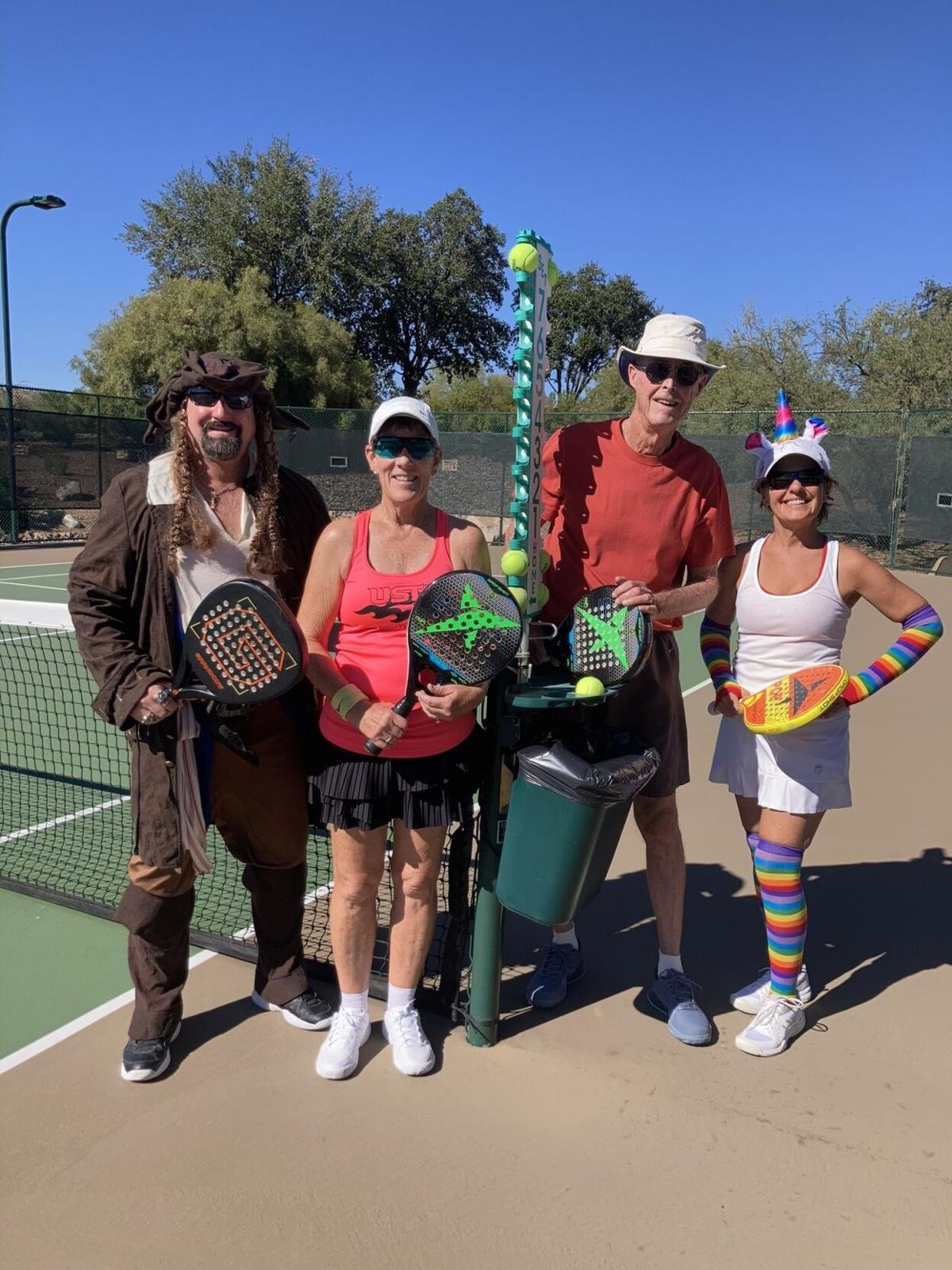 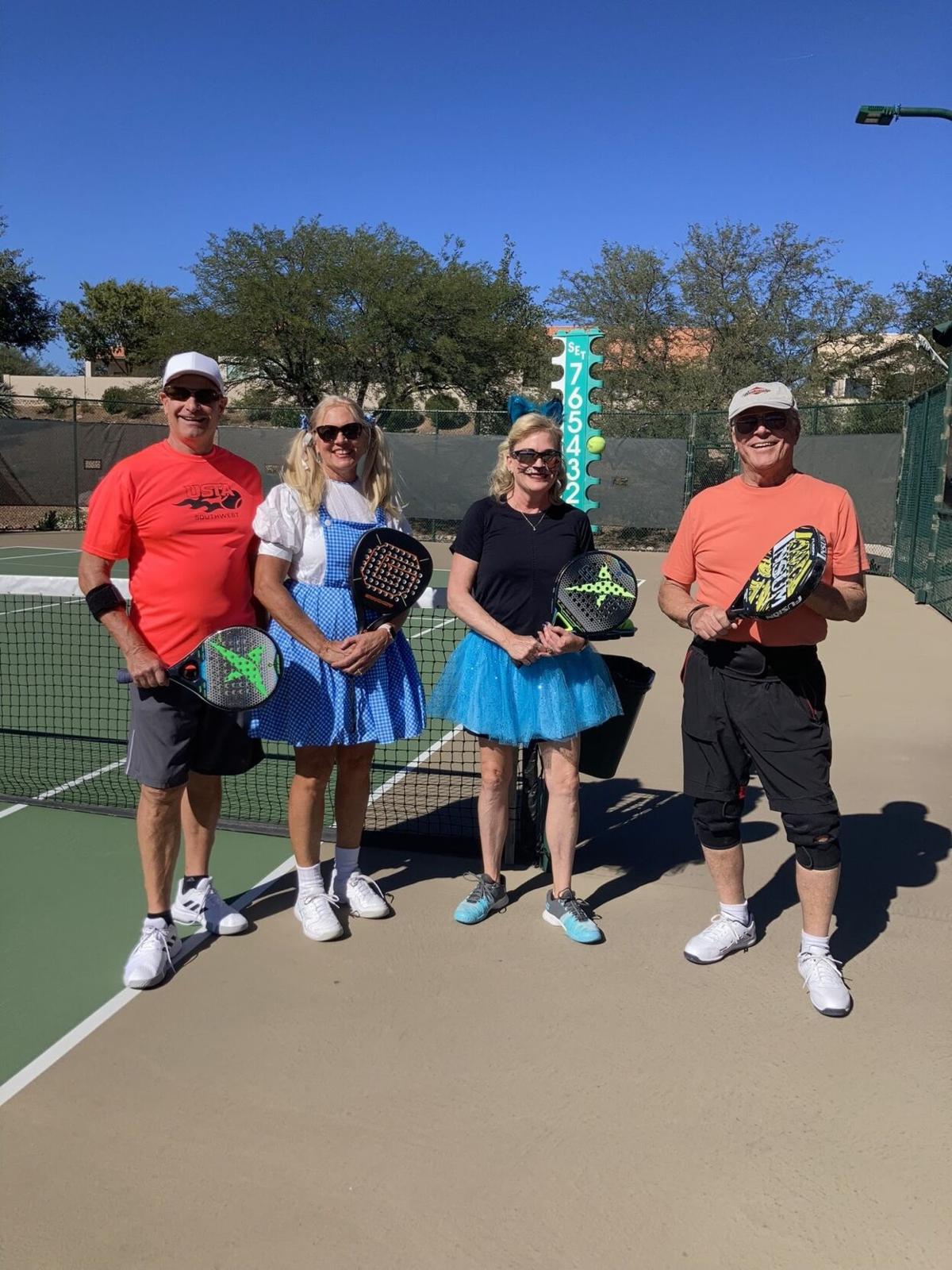 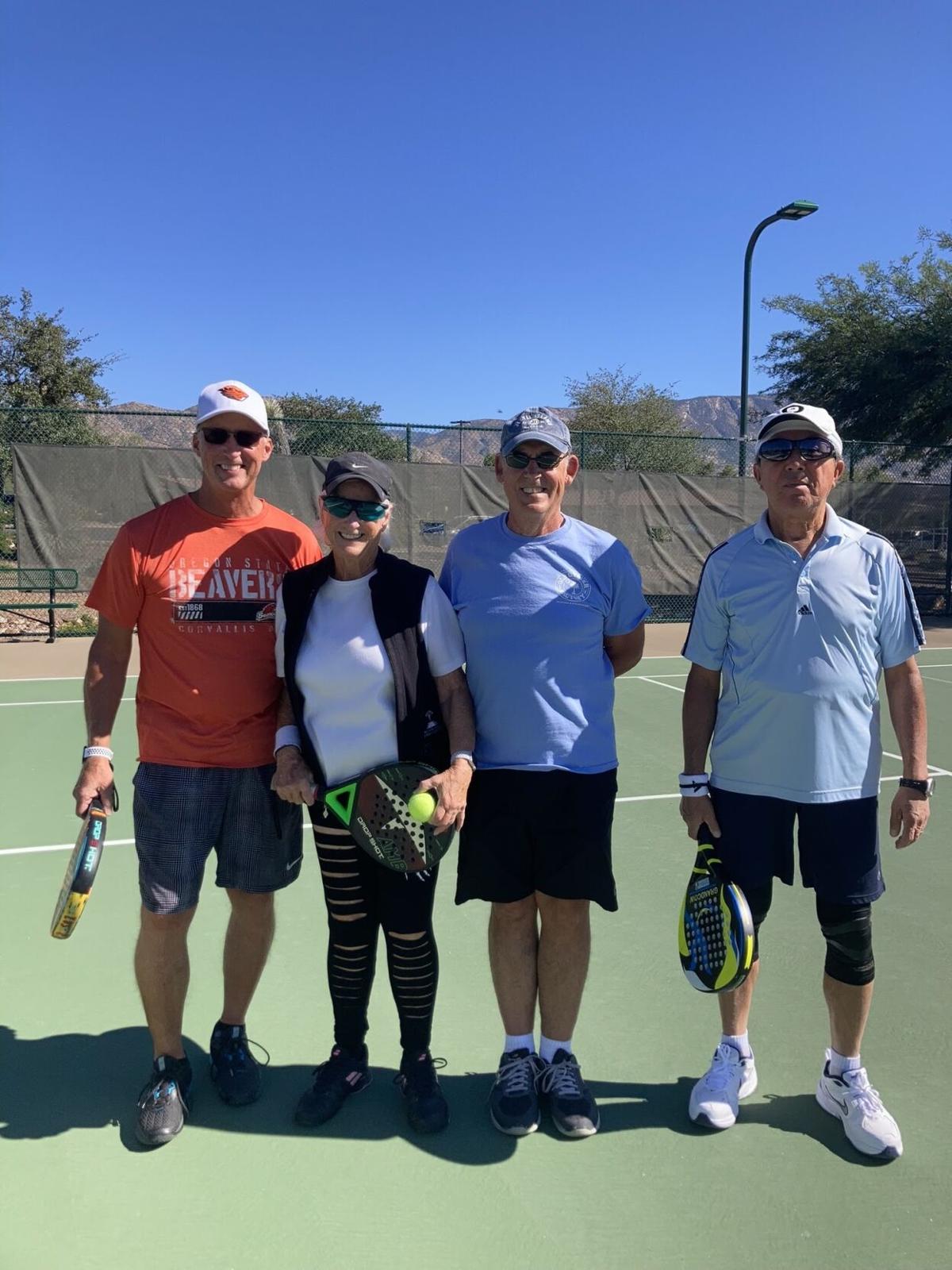 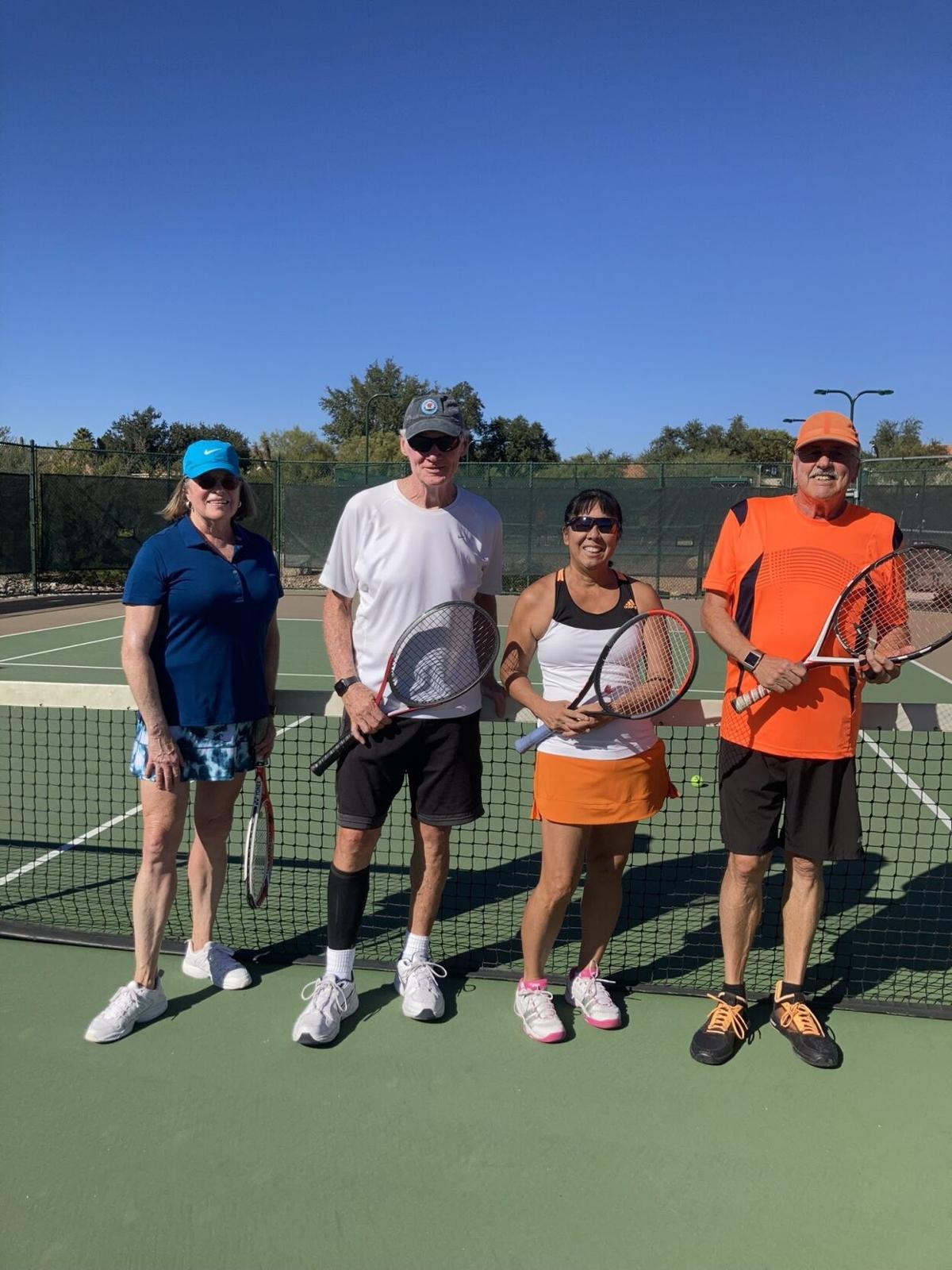 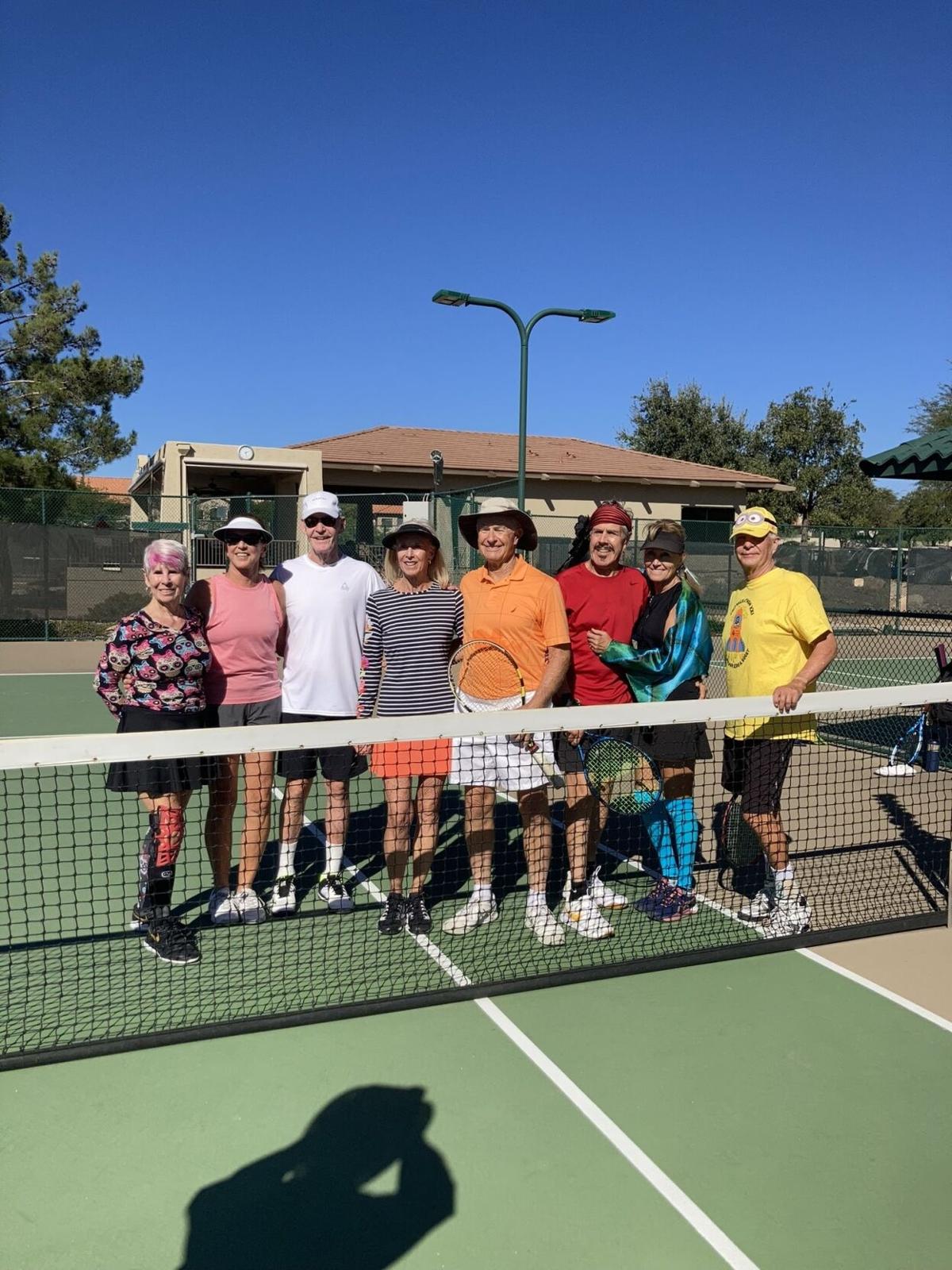 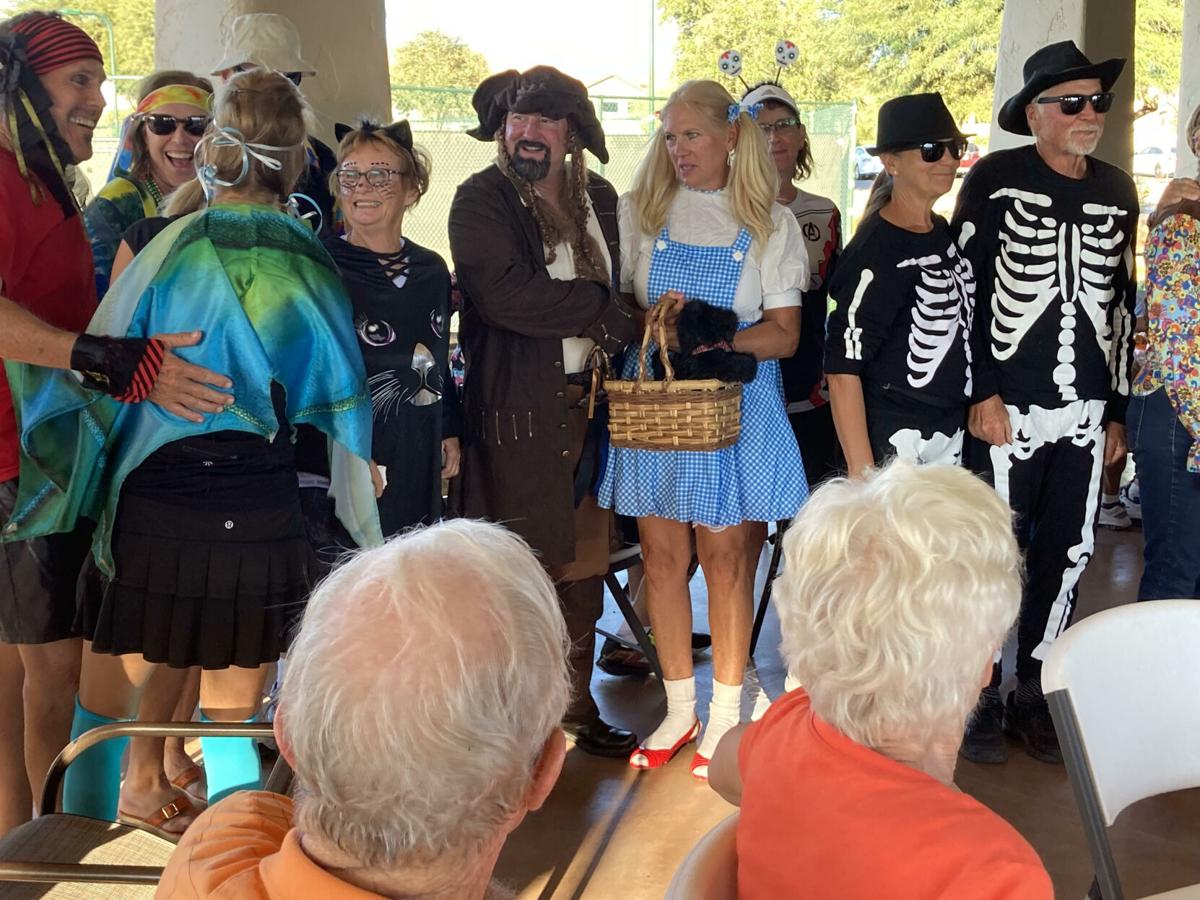 The SaddleBrooke Tennis (STC) & Pop Tennis Club hosted a Spooktacular Halloween Social for all STC club members and their guests on Sunday, October 31.

The event started with all club members playing in a Mixed Social of tennis and Pop tennis and some were daring enough to play in the costumes on a gorgeous Sunday afternoon. This event had 68 tennis and Pop players using all SaddleBrooke courts for a goblin good day!

After two hours of play, over 85+ members and their guests celebrated Halloween on the STC Patio with a Taco Bar feast and a table full of wonderful dessert treats. The event brought out some spooky, cute and fun costumes as the members dressed to impress. They even had a nun walking around with her yardstick making sure people were laughing and having a great time. There were skeletons, a burglar, a lady from Hawaii, hippies, cats, pirates, rainbow unicorn, orange pumpkin, bloody tennis player and even Dorothy from the Wizard of Oz ended up in SaddleBrooke! She knew she was NOT in Kansas anymore.

After the festive feast, the members voted on the “Best Costume” & Best “Spookiest Dessert''. Our winner of the Best Costume went to Jennifer Stephens as the “Mean Nun” who scared people into clapping for her. Some were so scared and not wanting a slap on the hand with her yardstick, so they gave her a standing ovation. The "Spookiest" dessert went to Chad Stettler for his “Bloody Fingers” almond cookies. As gross as it looked, it was still delicious. Mike Oberski and Mike Hoedel were also “trick or treat” winners as they guessed the number of M&M’s in the jars.

We would like to thank the STC for hosting the event and all of the witches and warlocks who made this event possible. Halloween chairperson, Cindy Madsen and her coven, Carol Sochachi, Diane Poling, Fran Meckler, Joan Ebbeson, Linda Foy, Sandy Stettler, Shirley Dunbar and Terry Rowell worked hard in the kitchen making sure all members and guests had plenty to eat. Our warlocks, Chad Stettler, Chris Madsen, Gary Rowell, Greg Poling, John Sochacki and Mike Dunbar did all of the heavy lifting and set up the patio for the fun event. We can never forget Debbie McGeehan, Sharon Gartner and Chris Madsen who set up the social match play for the members. Once again, Debbie McGeehan was a great Master of Ceremony. We would also like to send a spooky shout-out to everyone who stayed to help clean up the patio.