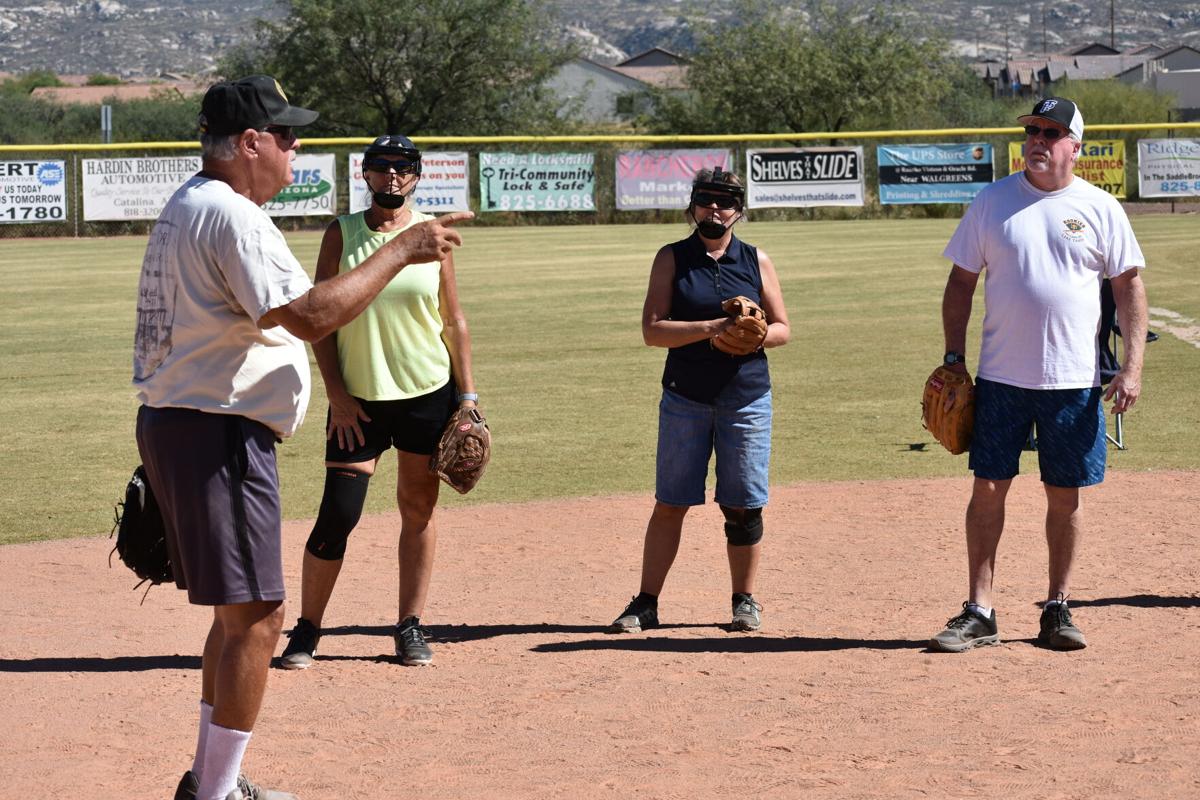 Rick Ervin explains some of the basics of playing second base at last month’s softball skills clinic for SaddleBrooke Recreation League players. 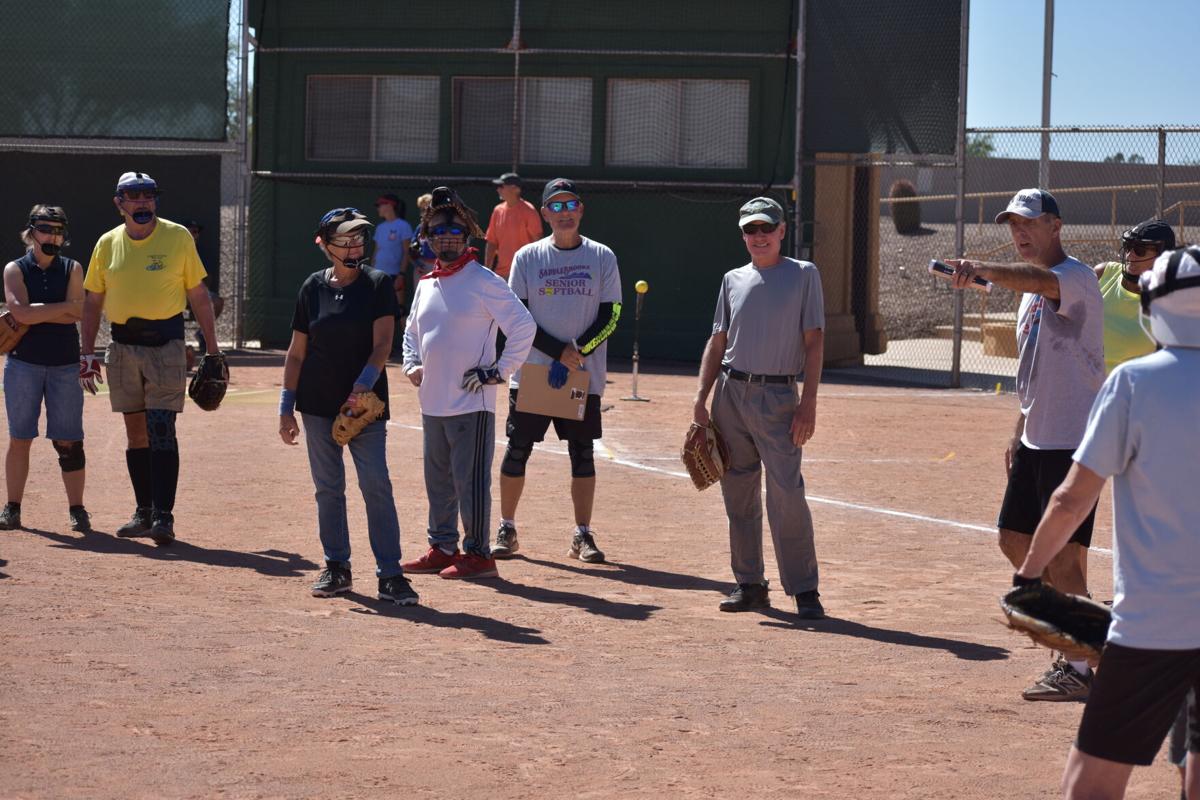 Rick Ervin explains some of the basics of playing second base at last month’s softball skills clinic for SaddleBrooke Recreation League players.

Janet Jarzembinski has been playing softball since she was a young girl in Wisconsin, but that didn’t stop her from attending a skills clinic by the SaddleBrooke Senior Softball Association last month.

She used the session to try a few new infield positions to see what they were like. She found the instruction on fielding, throwing and positioning very helpful.

“We not only picked up the fundamentals of various positions but also played those spots in game-like simulations so we will feel more comfortable using the learnings during our real games,” she says.

Her husband, Paul signed up to improve his outfield play, focusing on catching fly balls. He learned that he needed to change his glove position— and stop with the basket catches— to improve his catch rate. He realizes more work is needed but was happy with the “friendly, encouraging and patient instructors, making it fun.”

To help the Jarzembinskis and others improve their skills and softball knowledge, the league conducted the clinic for players in the Recreation League.

This is the fourth clinic the league has organized. It also holds smaller, informal group practices where they work on pitching, hitting and fielding with infielders and outfielders.

Peter Romeo, the league’s skills development commissioner, says the more people know the rules and learn the skills needed to play, the more fun they will have and the more they will want to play.

“We want the people who are playing to continue and spread the word to others who might be interested,” he says.

Charles Hendryx is an advocate. He missed more than a year playing because of a surgery and the pandemic so he attended the clinic to refresh his skills. He said the instruction was spot on and particularly enjoyed the situational game they played to help fielders think through their roles before each pitch.

And as a manager in the Recreation League, it was helpful for Hendryx to see players learning and having successes at positions new to them. It gives him more options for player positions on his team, he said.

Marc Argabright played softball only once and that was more than 35-years ago before competing here. He attended the clinic to work on those skills from long ago. He never considered playing infield before, so he wanted to give it a try. Just knowing where to position himself on the field was very valuable, he says. Like the others, he found the instructors knowledgeable, patient and encouraging.

SaddleBrooke Softball has five leagues based on skill level, playing Monday through Friday, in winter, spring, summer and fall seasons. One-hundred-fifty-one men and women are playing in the current fall season on 25 teams in eight leagues. Most play on more than one team. The league is in its seventeenth season and continues to grow, adding 28 new players this year.

If you are interested in playing or volunteering, go to saddlebrookesoftball.com to learn more. The winter season starts early January.