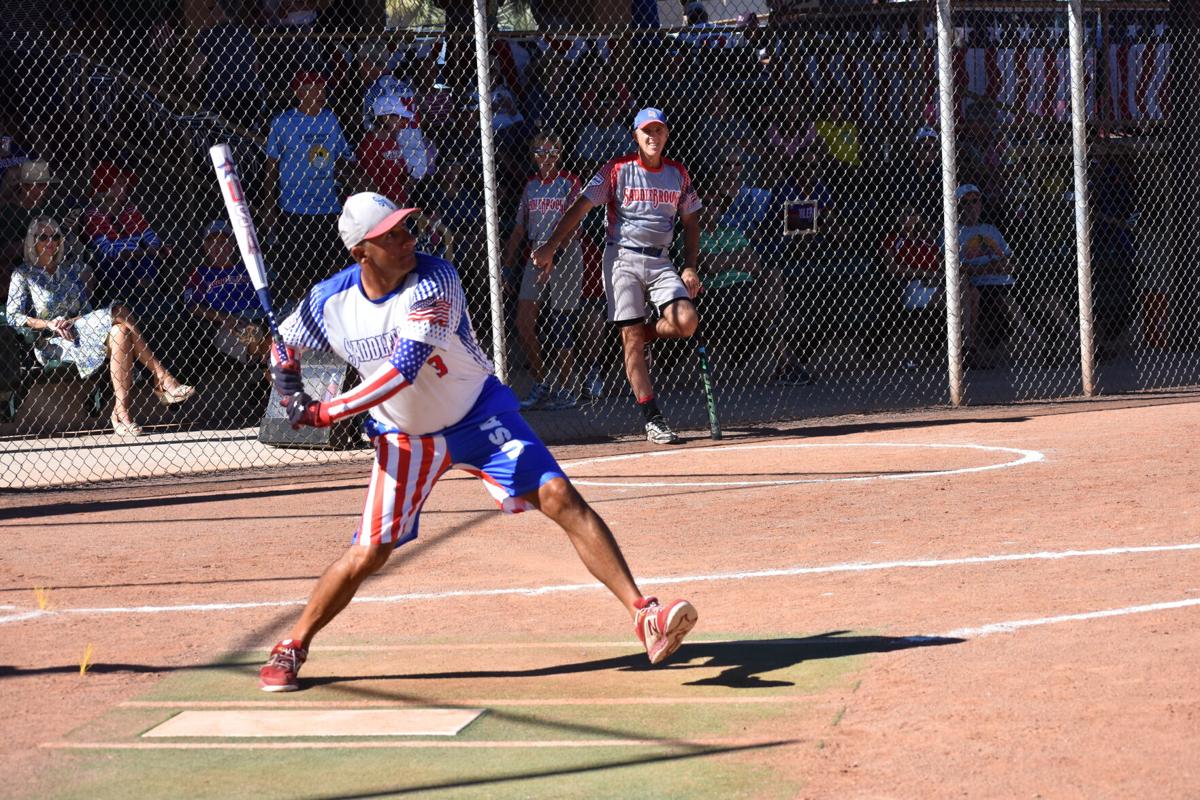 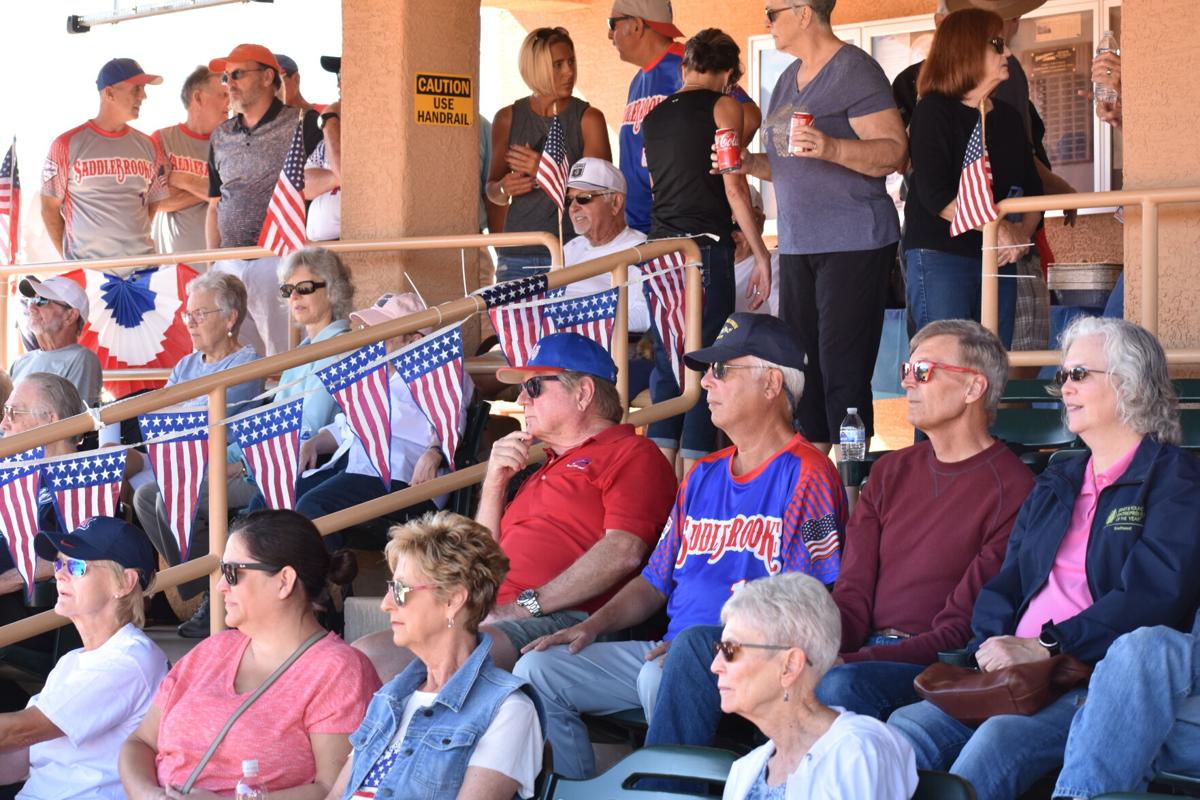 On another perfect fall day, SaddleBrooke Senior Softball held its annual Veterans Day tournament at their jewel of a ballpark dressed in red, white and blue bunting and miniature American flags.

The veterans who played in the tournament found it a touching tribute. They appreciated the community’s support and saw it as an opportunity to remind people of the sacrifices our armed services men and women made.

Allan Kravitz, Navy, was pleased with the turnout and was proud to see everyone supporting the veterans. “It was important playing in honor of those who served and recognizing the sacrifices and involvement of both the veterans and public to support our country,” he says.

Jake Jacobson, Army, was also happy to see the community showing support for those who served to defend our country. “It was gratifying to see how many softball players served in all branches of the military,” he says.

Standing next to all the veterans and singing “God Bless America” during the ceremony made Sam Alkhoury realize how lucky he is to live in such a beautiful place and play softball here. The 30-year Air Force veteran says, “It is great to see our community come together to honor those who served and sacrificed to ensure we continue to live and enjoy a life of freedom in the best country in the world.”

In addition to the veteran recognition, the 2021 Volunteers of the Year were also honored. They are Terry Mihora for field maintenance, John Sentowski for scorekeeper supervision and George Corrick for website oversight.

The festive crowd, dressed in variations of red, white and blue, and which in some cases included three generations, groaned on misplays but applauded the good ones. Jay Schweitzer and John Nicolich had the most impressive personal cheering sections by far.

The tournament is one of four holiday events the league conducts every year. The others are St. Patrick’s Day, Memorial Day and Labor Day.

SaddleBrooke Senior Softball is in its seventeenth season. Games are played Monday through Friday year-round in five different leagues based on ability. One-hundred-fifty-one-men and women competed on 25 teams this fall season. Most played on more than one team. The winter season starts early January.

If you are interested in playing, volunteering or watching the games, go to saddlebrookesoftball.com to learn more.