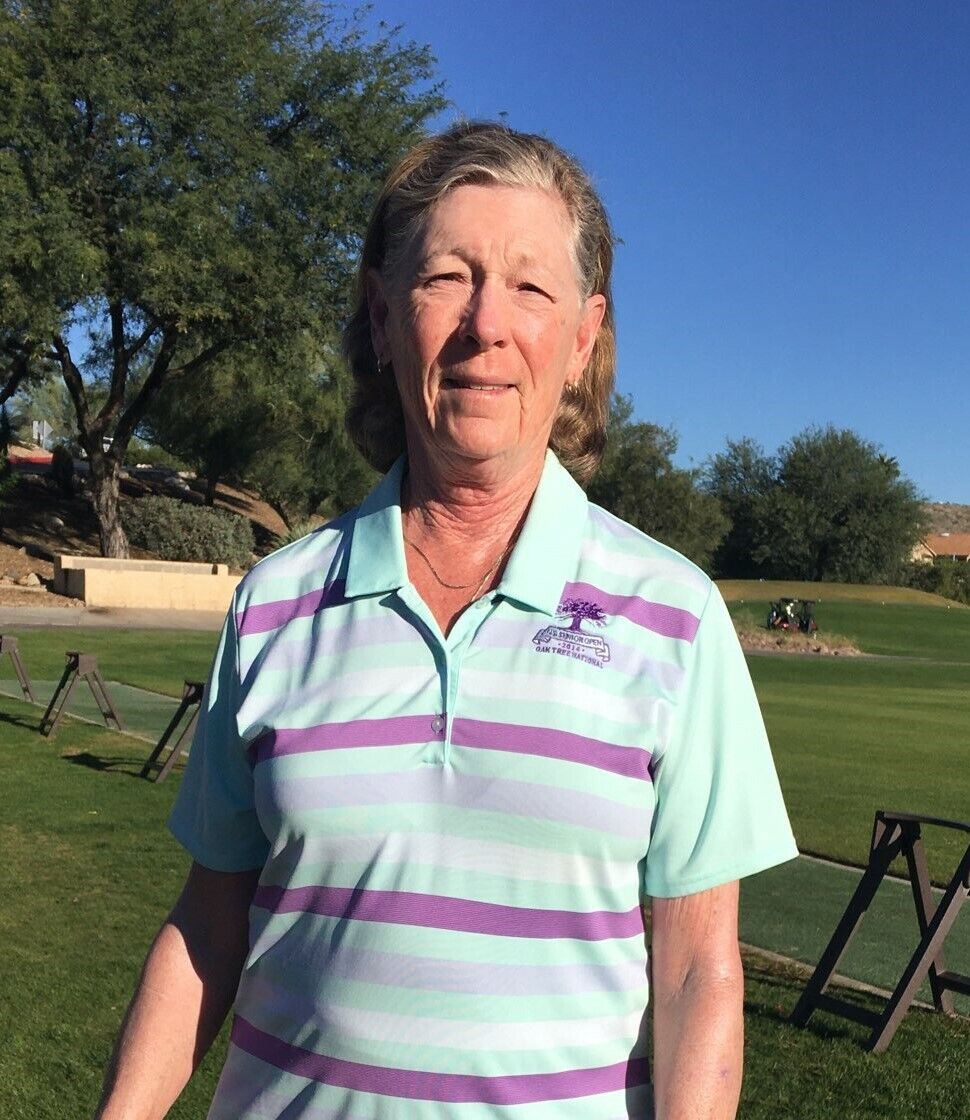 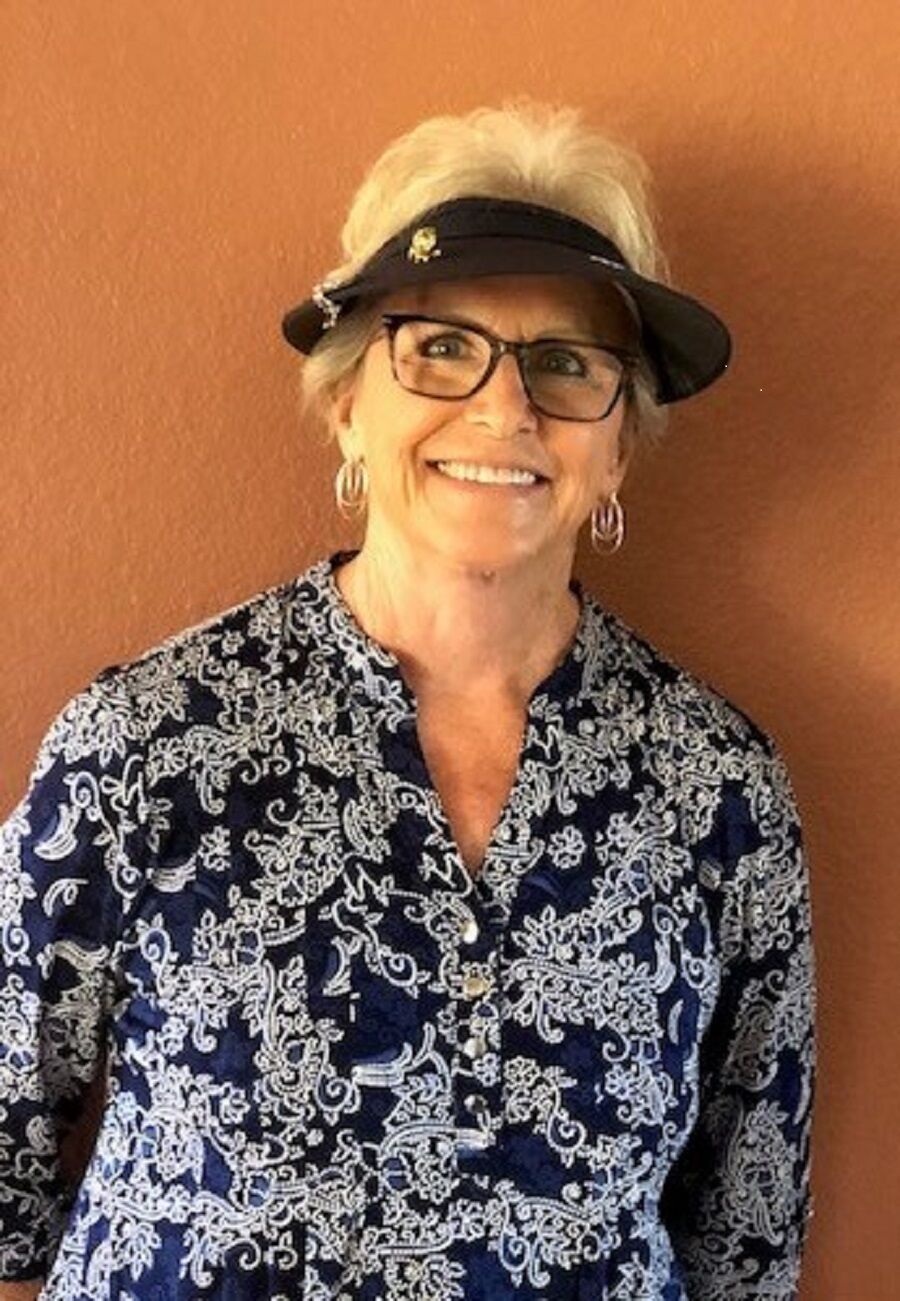 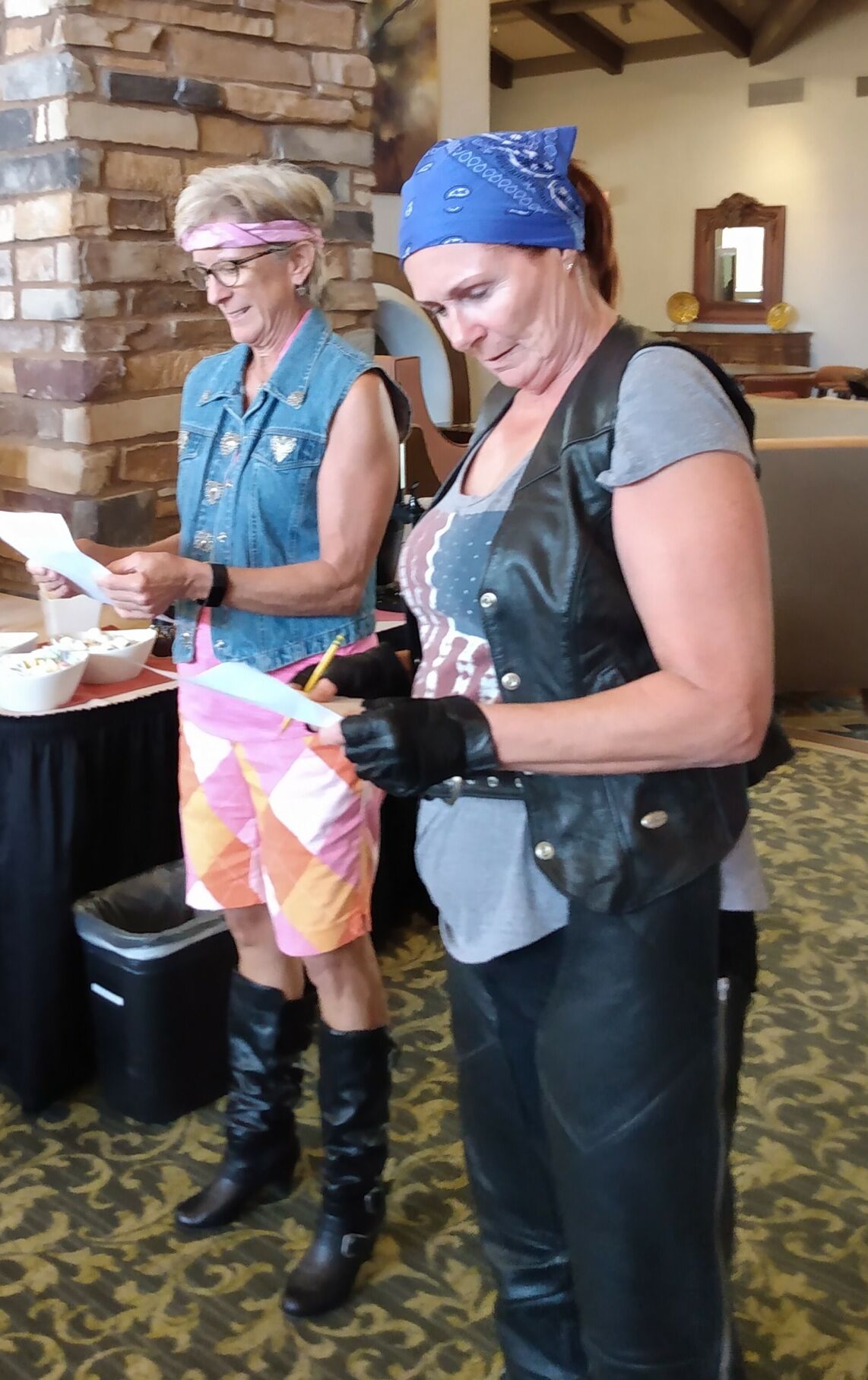 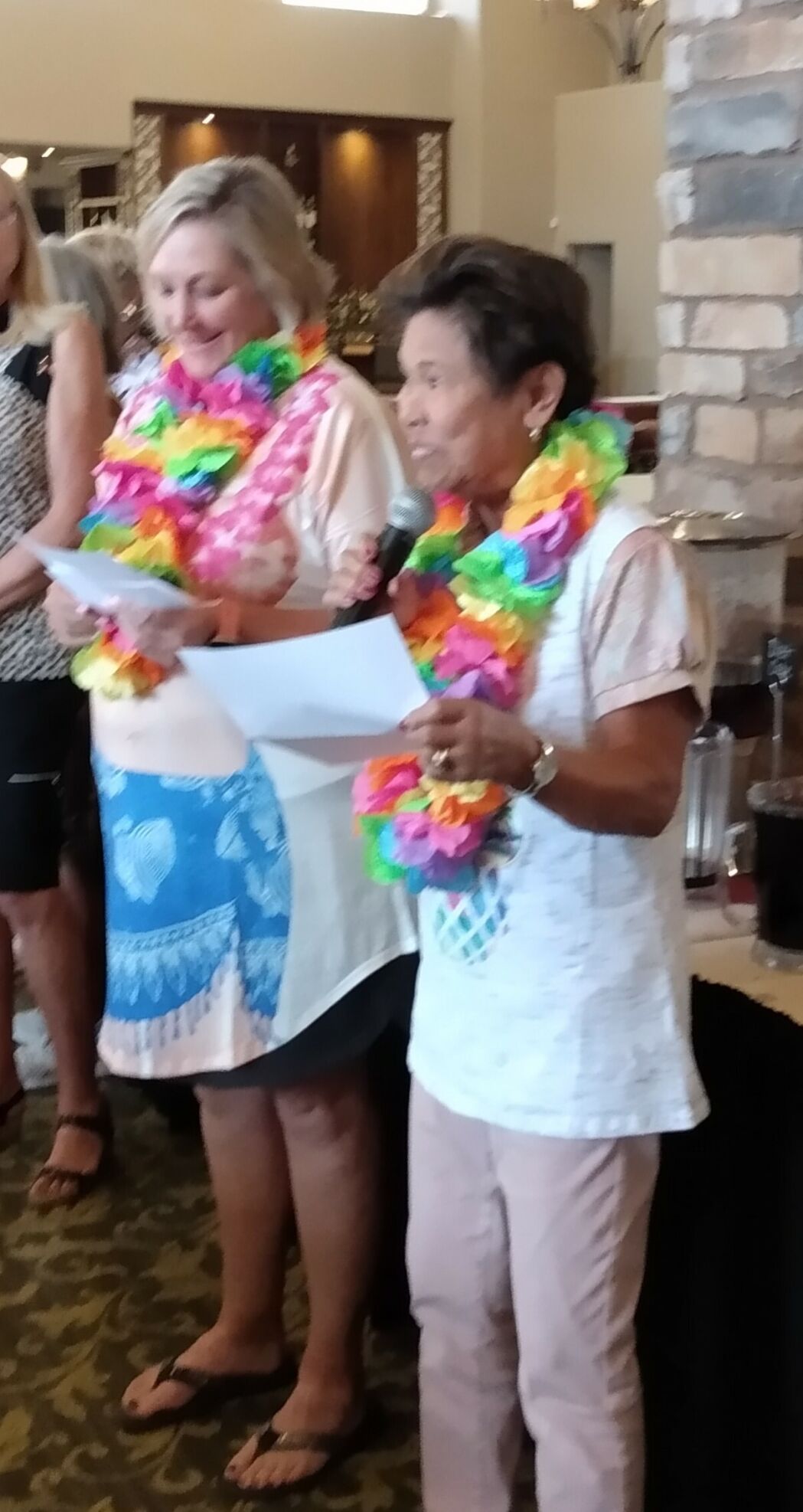 When in a more temporal frame of mind during the holiday season, we think of food and good times and gifts— for others, and for ourselves. Lists are made up, thought about, and wished for. Perhaps some golfers around SaddleBrooke might hum the following requests to the tune of “Santa Baby,” immortalized by Eartha Kitt back in the ‘Fifties.

Santa Baby, just slip a hybrid under the tree for me.

Been an awful good sport, Santa Baby, so hurry to the Pro Shop today.

I’ll wait up for you, dear Santa Baby, so hurry to Coyote today.

Think of all the putts I’ve missed.

Think of all the chip shots that I haven’t missed.

Next year I could be just as good if you bought me a set of clubs.

Been a sport all year, Santa Baby, so hurry to the Pro Shop today.

Winter storms brought rain to SaddleBrooke on Tuesday, October 26, ACE Day for SBWGA-18. A heavy shower at 6:30 a.m. and another at around 7:30 a.m. gave pause to many golfers, who cancelled their play. However, 24 sturdy and intrepid players braved the elements and soldiered on with play. Among those women, who were good sports and persevered, were the following winners: October Overall Gross ACE Day Winner, Debbie Green, 96 gross; October Overall Net ACE Day Winner, Maggie Falconer, net 73.

Our sponsor Wendy Harn, Attorney and Partner at Morris Hall PLLC, awarded Maggie Falconer with Closest to the Pin on Catalina #3. Maggie’s drive only needed another 19-feet, two and one-fourth-inches inches to make it a hole-in-one. Congratulations to all the winners on October 26!

A crisp-as-a-cookie morning greeted our players on Tuesday, November 2 for Partner Shambles Day. After selecting the better drive of each two-person team, the partners played their own ball into the hole, and then recorded the best net score of the team. Enjoying the morning that turned warmer, our players ham-and-egged it well, simmering up some very low net scores.

Our sponsor, Creative Smiles Dentistry with Dr. Jeannie Ju, DDS, awarded Lisa Graff Closest to the Pin on SaddleBrooke #6. Lisa cleaned up when her drive stopped a mere two-feet, seven-inches from the cup. Congratulations to all the winners on Tuesday, November 2!

After Shambles, our players ate a delicious luncheon in The Vistas and, at the General Meeting that followed, elected the new slate of officers for 2022. The 2022 Board of Directors, to be formally installed at the next General Meeting on Tuesday, December 7, will be Ann Stonecipher, President; Nancy Sartor, Vice President; Jo Ann Ellison, Secretary; Patty Mawe, Treasurer; Francie Entz, Tuesday Play Day Chair; Lisa Graff, Special Tournament Chair; Sandi Chester, Handicap Chair; and Deanna McCann, Membership Chair. Congratulations, Ladies!

Upcoming on Tuesday, November 16, and Thursday, November 18, is SBWGA-18’s own version of the Solheim Cup. Two teams compete for points on each hole, the winning team accumulating the most points. Our team captains are making certain we’re involved. Dressing appropriately, the Captains of The Bikers (Debra Finn and Mary Floerke) and the Captains of The Surfers (Nancy Sartor and Angie Denahan) announced their teams at the General Meeting and started in on a friendly rivalry meant to boost our confidence. Our Solheim Cup will be outstanding.

Writing about our league’s games, luncheons, meetings, and the occasional troubles with weather highlighted this past year for me. I’ve had a grand time writing them, and I hope you’ve had some fun reading them. This December feature is my last golf article for Saddlebag Notes. I would like to express my thanks to Carol Bidwell, outgoing President of SBWGA-18, who asked me to be publicist, and to Angie Denahan, who took most of those wonderful pictures that accompanied the text. Another SBWGA-18 member takes over as publicist, and I’m certain she’ll do a fine job.

Wishes to you all for a splendid 2022 that is full of birdies and chip-ins. Just remember to keep your head down, keep up with the group ahead of you, and have a grand time out on the golf course.