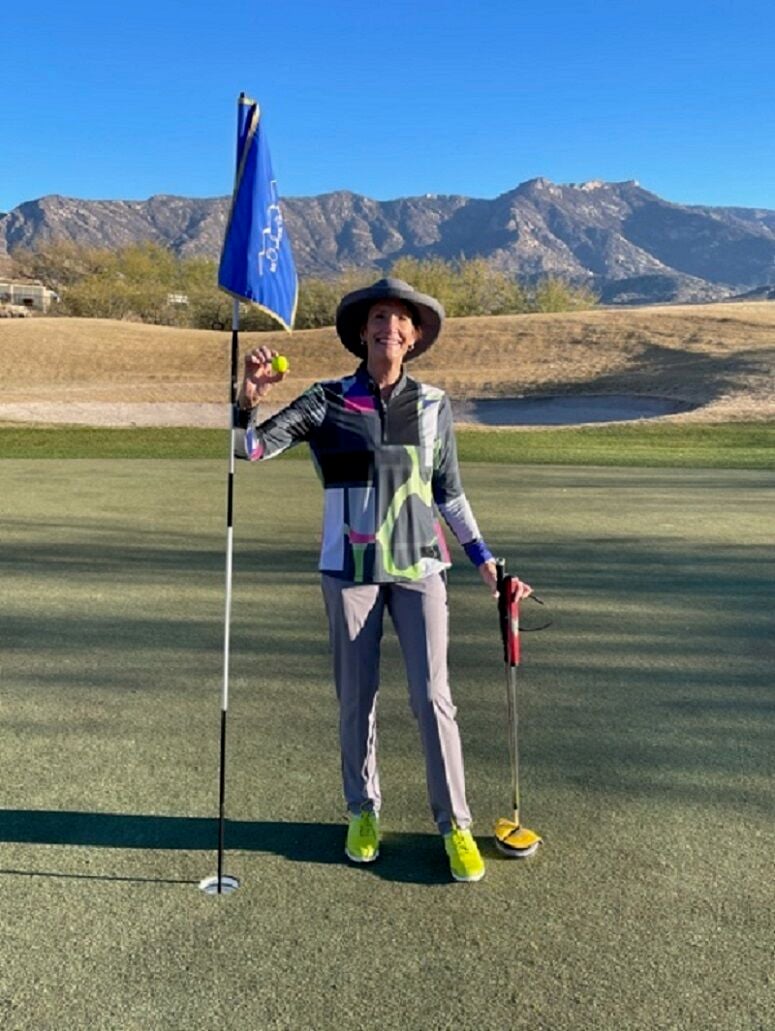 Kathy Minx, Hole in One on Monday, January 4. 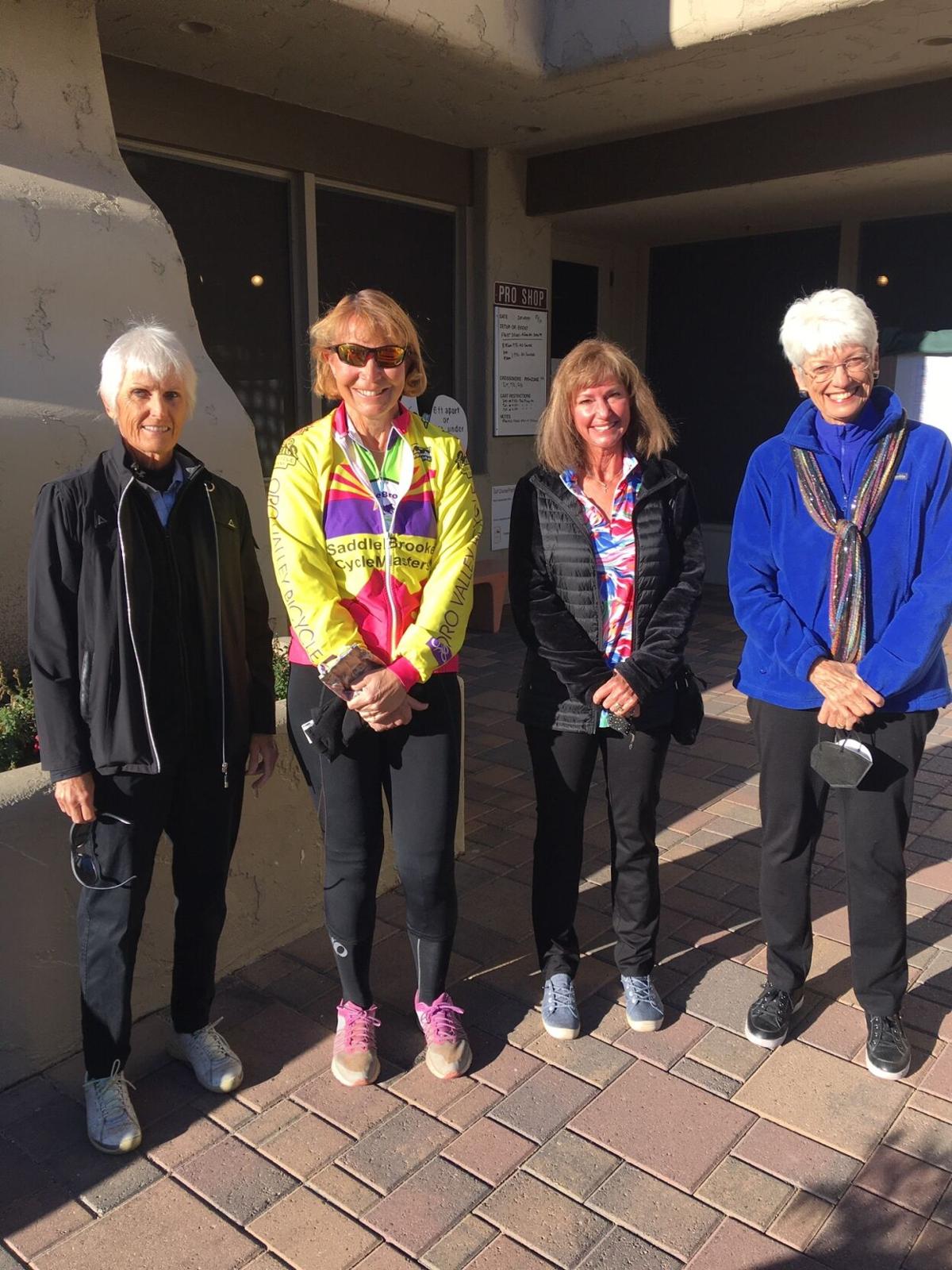 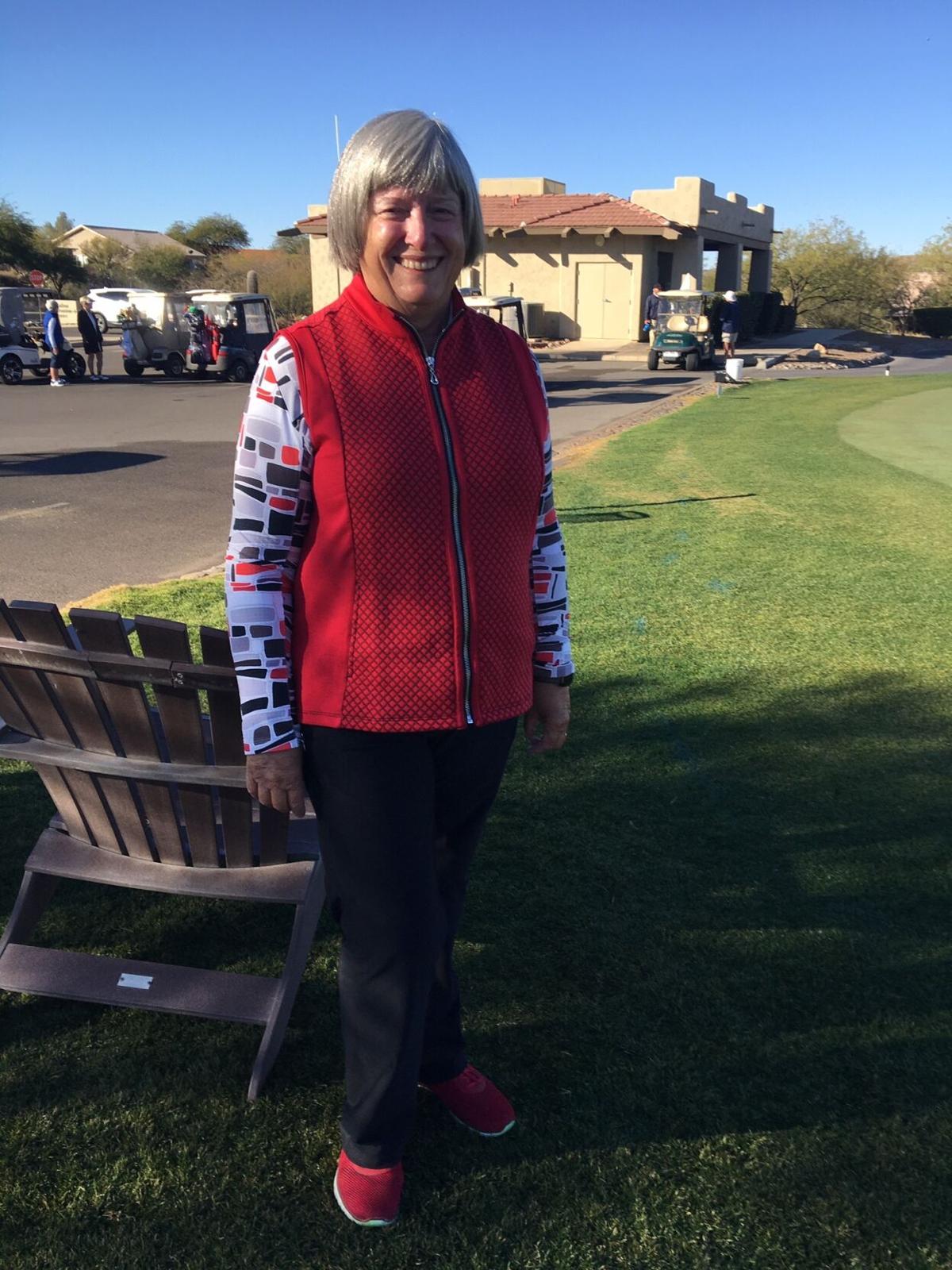 Sandra Murray, Most Improved Player of 2020.

Kathy Minx, Hole in One on Monday, January 4.

Sandra Murray, Most Improved Player of 2020.

The calendar page has turned over to January 2021. January 1 was always a gray day in my hometown and probably was for many of you as well. And then, we’d turn on the television to the Rose Parade from Pasadena, California and see blue skies, marching bands and petal-covered floats. This gave us an emotional lift. Now that worldwide golf is readily available, the first PGA game of the year televised from Maui, Hawaii brings the same relief. For sure, there is great golf; but more importantly, Hawaii’s blue skies and azure seas and the sight of tall, unusual-looking Cook Pines bring a sense of renewal and a reminder that spring is just around the corner.

In a manner of renewal, each year SBWGA-18 welcomes new members, who may have totally different backgrounds, but all enjoy the game of golf. This year we are fortunate to greet seven new members: Margie Buhler, Deb Fenton, Suzanne Griffith, B.J. Murray, Judy Schilling, Bonnie Stutzman and Linda Watkins. Thanks for joining us!

Not long after the proverbial ball drop of 2021, the first Hole-In-One of 2021 for an SBWGA-18 member found the bottom of the cup. Congratulations go to Kathy Minx, who sank her tee shot to Catalina 3 on Monday, January 4.

Another outstanding accomplishment goes to our Most Improved Player of 2020. Bettering your index is challenging at any level; however, bettering an already low index is incredibly difficult. Our winner began 2020 with a 12.7 index and finished the year at 9.4. That’s almost a 26 percent improvement. Our congratulations—and our question of “How did you do that?”—go to Sandra Murray.

SBWGA-18 financially was able to send an additional contribution of $500 to Youth On Their Own and $500 to Employee Appreciation Event. A big “thank you” always goes to our SaddleBrooke One staff, who works so hard for us throughout the year.

Kachina, or Kachina Dolls as newly minted last year when SBWGA-18’s own Sandra Murray took over as Kachina’s President, is an external women’s golf association whose members are local women’s golf leagues, including SBWGA-18, which extends its sign-ups for Kachina events to the Niner’s. Players from all over Tucson, as far as Green Valley and Vail, gather for a two best ball, ABCD format tournament. Lunch, prizes, exposure to other courses in our area and making new golf friends draw quite a number of players. The first Kachina Dolls’ Outing for the 2020 through 2021 season was played on Monday, December 21 at Arizona National Golf Club. SaddleBrooke sent 14 players from both the 18’er’s and the Niner’s and many returned home winners. Joan Chyall and Sarah Earnest played in the foursome winning second place; and Ret Convey, Kathleen Houser, and Deb Sherman comprised the majority of players in the foursome winning third place. Good playing, Ladies.

Our first Tuesday Play-Day game of 2021 varied the Best Ball format for a four-person team by requiring One Best Ball on odd-numbered holes and Two Best Balls on even-numbered holes. In Flight One, the winning foursome was Eila Sallaberry, C.J. Johnson, Nancy Huffman and B.J. Murray; second place was shared by the foursome of Mary Ribacchi, Gail Fosmire, Audrey Costello and Barbara Katz and the foursome of Takeyo Eakin, Lynn Stewart, Gail Plimpton and Cathe Kropp. In Flight Two, Connie Culley, Barb Verbus, Marie Kahng and Kay Sullivan comprised the winning foursome; second place was shared by the foursome of Geri Sandilands, Kathy DeMerritt, Cleo Fazzino and Nancy Wyllie and the foursome of Carol Bidwell, Sheila Clarkin, Ellen Avenoso and Patty Mawe. Reenie Romey’s ball landed only 9 feet 6 inches away from the hole on Catalina 8, earning her closest to the pin.

Our Tuesday Play-Day Committee, headed by Nancy Sartor and ably backed by her committee comprised by Judy Fick, Bonnie Westra, Lisa Graff, Francie Entz, Jan Kreis and Geri Sandilands, decided that for 2021 our Tuesday Play-Day games will rotate with four types of competition: a four-partner team game; a two-partner team game; individual stroke play; and ACE Day – the race for ACE of ACE’s to compete in the State Medallion Competition, where Judy Melo and Brenda Brown are representing SBWGA-18 for our 2020 ACE’s. Additionally, optional skins bets on some designated games will be initiated for 2021.

Our first major tournament of the year from Special Tournaments, chaired by Reva Stolpe, is the President’s Cup. SBWGA-18’s only match play tournament begins in mid-January, playing eliminating matches until the ultimate winner is named on or around Tuesday, February 2.

We have plenty of blue skies here in SaddleBrooke and plenty of golf to be played. Spring is just around the corner.