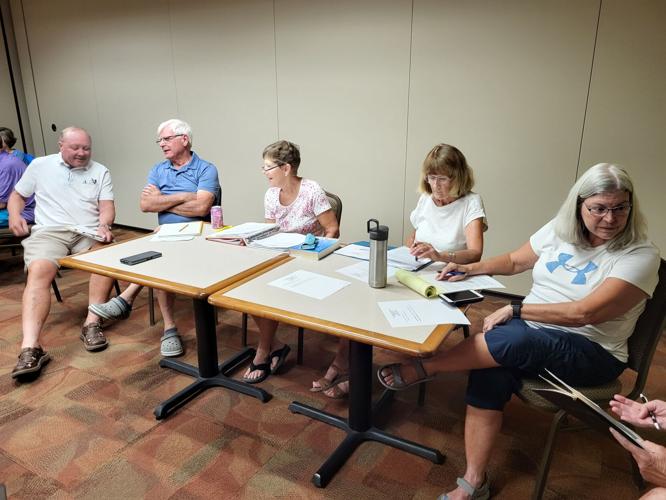 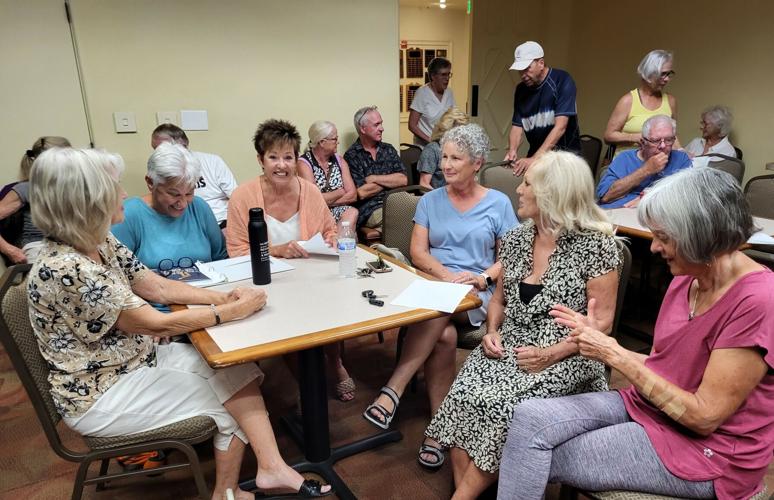 Pop Tennis members, tennis players, and other interested parties, attended an informational meeting of the SaddleBrooke Tennis Club Board of Directors Meeting to hear concerns of POP Tennis members and consider some of their issues.

Roe Callahan spoke on behalf of the POP tennis players and her questions and concerns were listened to and responded to by various Board members. Representatives of the Rules Committee were there and explained the proceedings that needed to be followed to make changes if recommended by the Board.

Three items brought up by Roe Callahan included rotation of players being allowed on the court, getting ratings for POP tennis players, and gender natural teams being allowed to play during Organized Tennis Times as long as all are members of the SaddleBrooke Tennis Club.

When Roe Callahan was asked to explain the “rotation of players,” she brought up the fact that many who want to play can not do so for two straight hours. That is when extra players rotate in, and this allows more players to have a time to rest and then rotate back on the court. There may be one, two, or even three players on the bench waiting for the four on the court to complete a set. Then when a set is over, one player sits and one on the bench rotates in and plays a set. This allows all to get water breaks and rest periods.

The meeting ended with the Board of Directors agreeing to consider the requests and make suggestions to the General Membership for further discussion and perhaps a vote on rules changes.