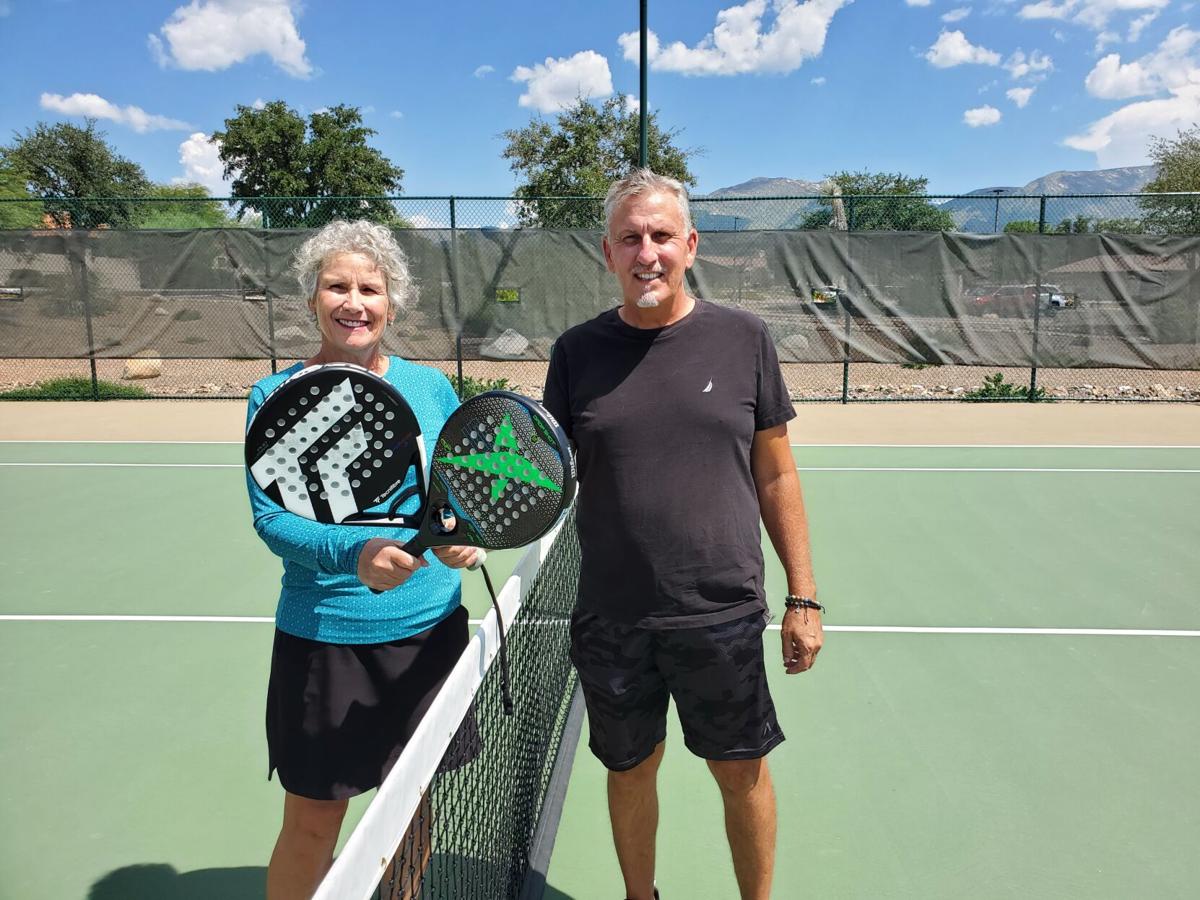 From left: Karen Simmons and Landon Sheat at the Net. 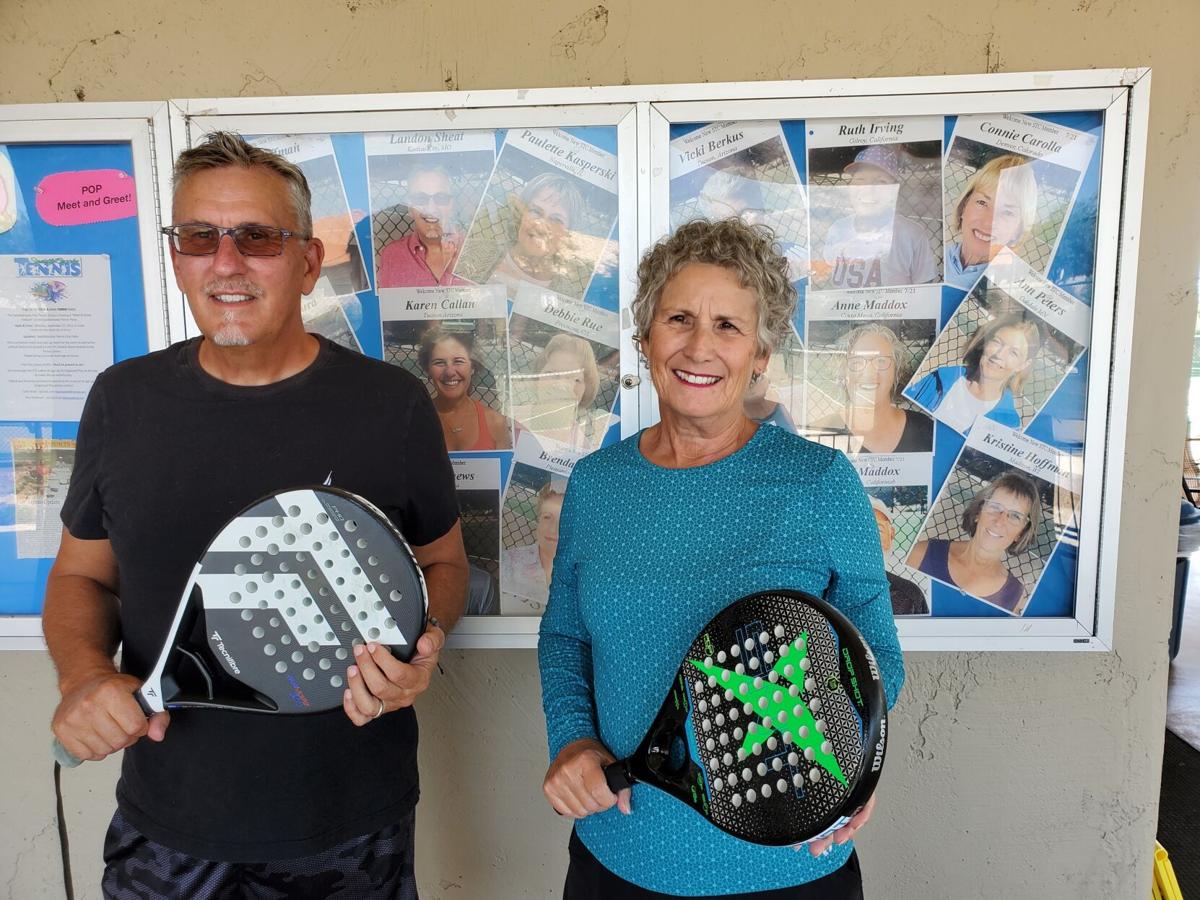 From left: Landon and Karen in front of pictures of new members.

From left: Karen Simmons and Landon Sheat at the Net.

From left: Landon and Karen in front of pictures of new members.

“It’s the people,” was the response that both Landon Sheat and Karen Simmons gave when asked what they enjoyed most about POP Tennis. Landon said he enjoyed it because it seemed to be less competitive than Tennis. Karen also enjoys getting out and said she just enjoys the sport.

Landon is also active in tennis and has signed up for softball. He warned those new to POP Tennis to be wary of running backwards to return a shot. Also, “good tennis shoes will help with traction,” he added.

Karen agreed that athletic shoes with good traction are a must and suggested to not run backwards to return a shot. If you are fast enough you can turn and run around the shot and return it on the bounce, or just let it go.

Landon Sheat would like to start a Men’s Organized POP Tennis group if anyone is interested. He arrived in SaddleBrooke from Florida and enjoys SaddleBrooke life while maintaining two businesses from his home. He was introduced to POP Tennis by his visiting brother-in-law, John Stedronsky, who really enjoys the sport.

Landon has quickly learned the sport and has become one of those who “returns every shot.” (He is competitive in a friendly way. Baking is one of his hobbies and he is rumored to make a keen key lime pie.)

Karen Simmons thanked Fran Meckler for forming a “Drop-In” Pop Tennis Group for those who never played the sport and wanted to learn. Karen enjoys water aerobics and is a member of a group that designs and makes birthday cards and cards for all seasons. Her husband, Roger, is not pictured here, but he is also a good POP Tennis player too, and they make a formidable team. They traveled a lot due to Bob’s job with the military. They most recently came to SaddleBrooke from Colorado.