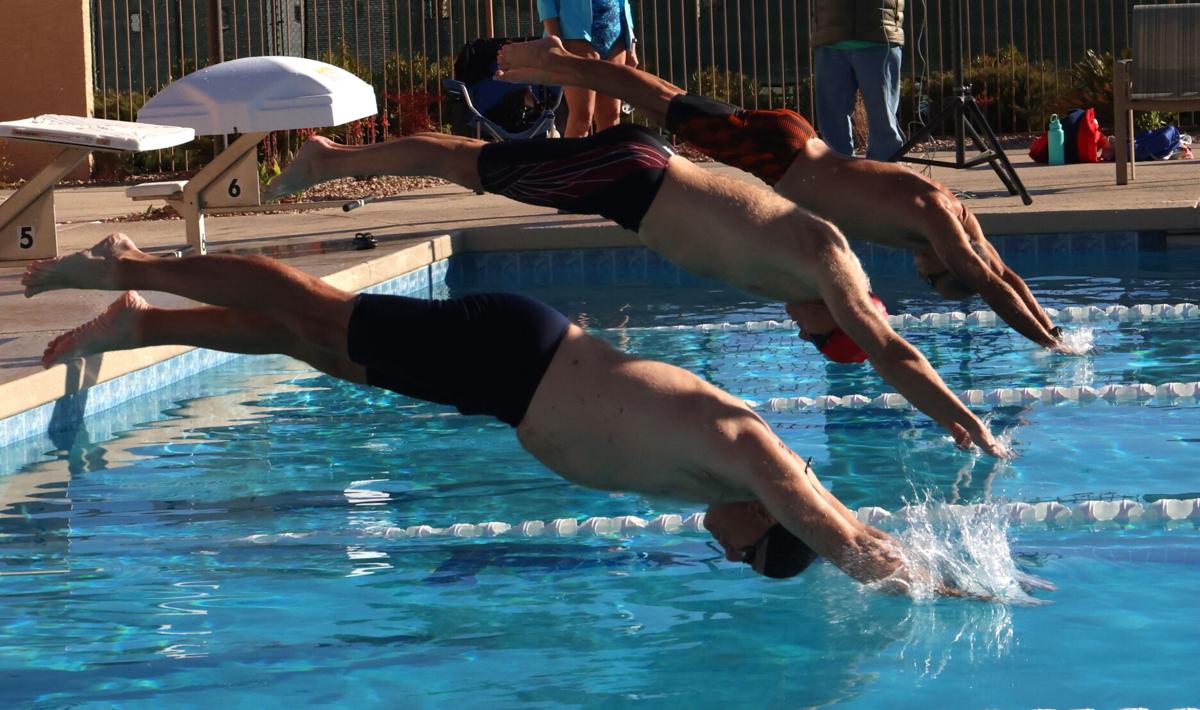 Almost to the day, one year ago, SaddleBrooke swimmers were preparing for a swimming competition. On March 14, 2020, COVID-19 struck as our team was just about to host the annual Long Distance Swim Meet at the Oro Valley pool. Since then, most of us would have attended at least seven swim competitions around the area in the one-year period, but 2020 was different.

The swim club swimmers, anxious to swim in a meet, decided to host our first annual pentathlon. Only eight swimmers were permitted in the pool area at a time and all COVID-19 protocols were strictly enforced. On Saturday, March 6 and Saturday, March 20 (snow prevented the competition from happening on Saturday, March 13), 32 swimmers participated in a two-day Pentathlon meet, aptly named the First Jack Fritz Pentathlon Meet. Jack swam two separate meets in Washington state and introduced the idea to the SaddleBrooke Swim team as he said the events were fun.

The idea is to swim four different stokes on two separate days— the 50-yard backstroke, the 50-yard freestyle and the 50-yard butterfly on the first day, then the 50-yard breaststroke and a 100-yard individual medley on the second day. The swimmers came in waves with the fastest swimmers first— eight at a time in two separate heats which took approximately 45 minutes. They left, and then the second group arrived for their 45-minute segment.

Goodie bags were handed out to each swimmer by our gate greeters— Peter and Theresa Ashton. We had nice donations from the Tucson Senior Olympics, Fishkind, Bakewell, Maltzman, Hunter Eye Care, ZL MedAsthetics; The Dottie and Margie Team of Long Realty; and Asymetry Bodywork Therapies.

Both Saturdays were fun mornings. Members of the swim team have been working hard at practice with our coaches several days a week, so, it was nice to put our improved skills to a test! Everyone seemed to love being partially together again (but still at a distance) for laughter, conversation and a little competition. Thank you, Terry Heggy, SaddleBrooke head coach and the swim board for putting the meet together for all of us.