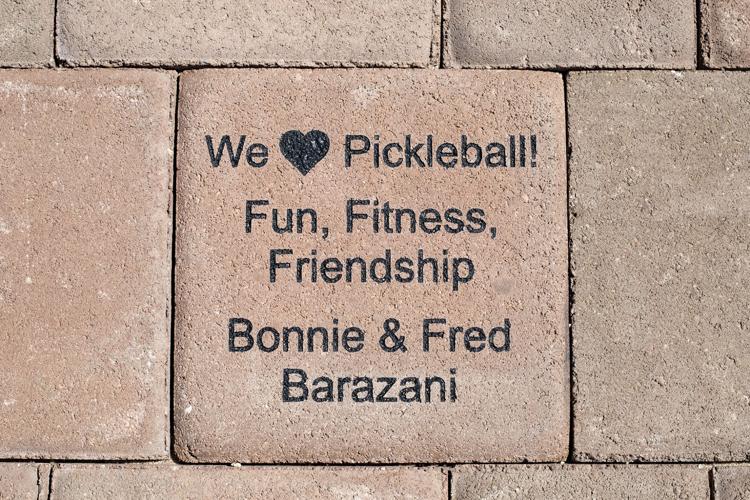 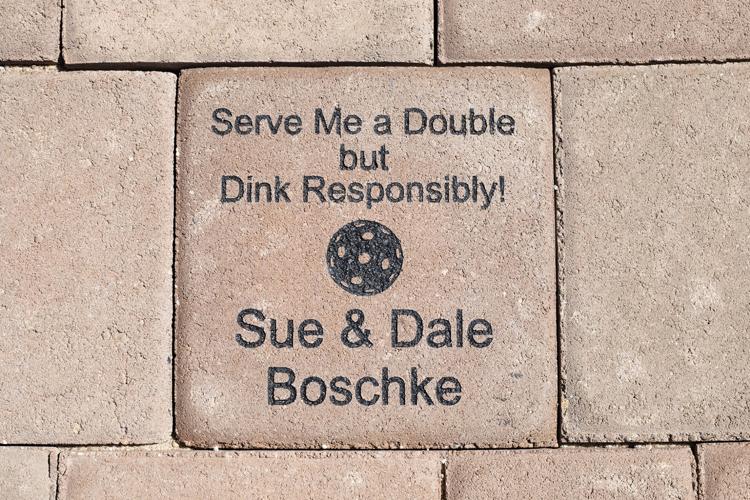 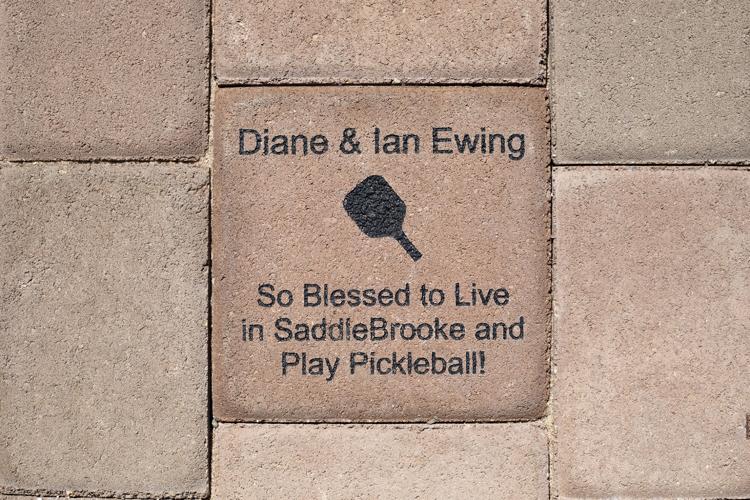 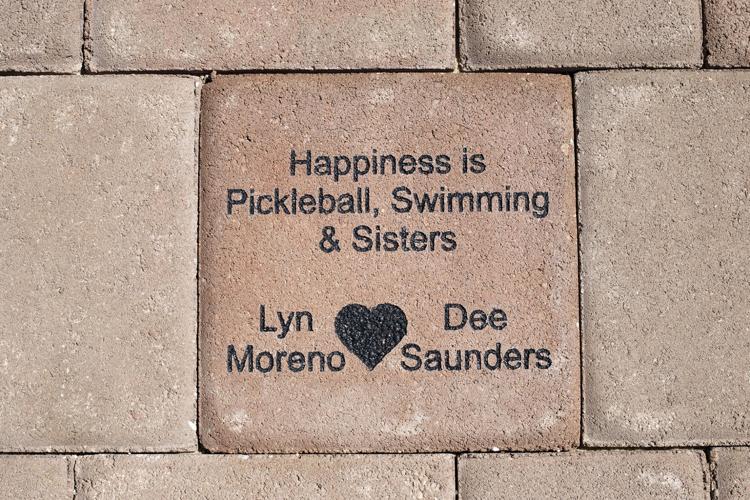 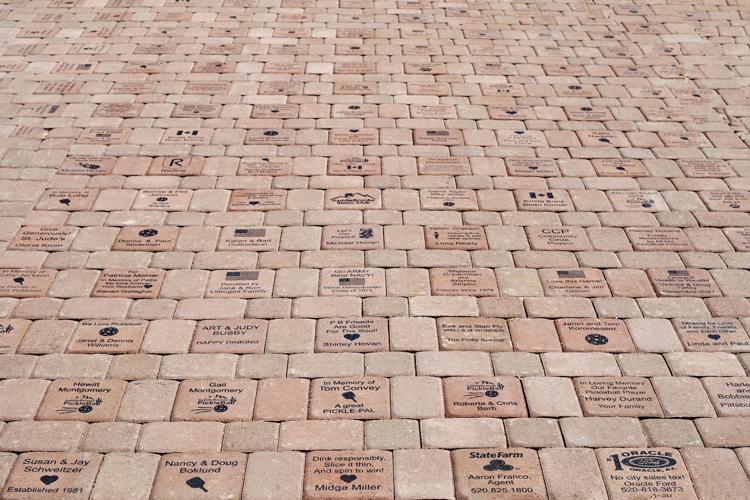 The SaddleBrooke Pickleball Association Inc. developed several creative options for members to donate for the expansion of the pickleball courts and construction of the Ed Robson Pickleball Center. Those options ranged from pickleball vehicle license plates to name plates on tables and benches to brick pavers. Those purchasing brick pavers had the option of making a statement carved into the bricks. Those brick pavers have now been installed in the pathway to the Michael Hovan and Shirley Hovan Ramada.

A walk down the brick pavers makes one wonder the back story behind some of the messages on the bricks. Lyn Moreno wrote on her brick: “Happiness is Pickleball, Swimming & Sisters.” She also added her sister’s name, Dee Saunders. According to Lyn, she was introduced to SaddleBrooke when she visited her sister here eight years ago. She added that her sister encouraged her to participate in activities that she enjoyed. Lyn said that pickleball and swimming are her two loves. She concluded that “nothing brings happiness as much as family.”

Other members also elected to honor family members. Ed and Judy Mandler inscribed their brick with “Vinny Oliveri,” their great grandson, who is just turning five.

On their bricks, some members made humorous remarks. Sue and Dale Boschke wrote “Serve Me a Double but Dink Responsibly.” Dale explained that the source of this remark was a group of pickleball players who imbibed after play and called their regimen “Dinks & Drinks.” For the uninitiated, a “dink” in pickleball is a soft shot at the net placed within the non-volley zone.

Even other members sought to convey encouraging messages. On their brick, Ian and Diane Ewing wrote: “So Blessed to Live in SaddleBrooke and Play Pickleball.” According to Ian, his wife and he were nervous when they moved to SaddleBrooke, not knowing anyone here. He said that one of the first things they did was to sign up for introductory pickleball lessons. He called that one of the best things they have done. He concluded that their inscription reflected their feeling blessed from their good health to play pickleball and their love of SaddleBrooke. The inscription by Bonnie and Fred Barazani on their brick also took a positive tone: “We [Heart] Pickleball! Fun, Fitness, Friendship.” Bonnie explained that Fred’s and her retirement was “all about having fun, staying fit and making new friends” and that they found it all in playing pickleball.

On her brick, Donna Thompson wrote: Carly & Charly Best Cats Ever!” Donna explained that Carly and Charly were the last two of 100 cats she has fostered and that she and the cats became so connected, she could not return them to the Humane Society. She added that these two three-year-olds know their names and come running when she calls. Donna reported that during the pandemic, Carly and Charly became so bored, they chased their tails. But when that was not enough, the cats, through Donna, began writing the books series The Adventures of Carly & Charly, including Let’s Play Pickleball, available on amazon.com.

Finally, two members made donations on behalf of other SaddleBrooke organizations, naming them on their bricks. Lyn Moreno did so for the swim club, and Shawne Cryderman did so for the Community Circle Players.