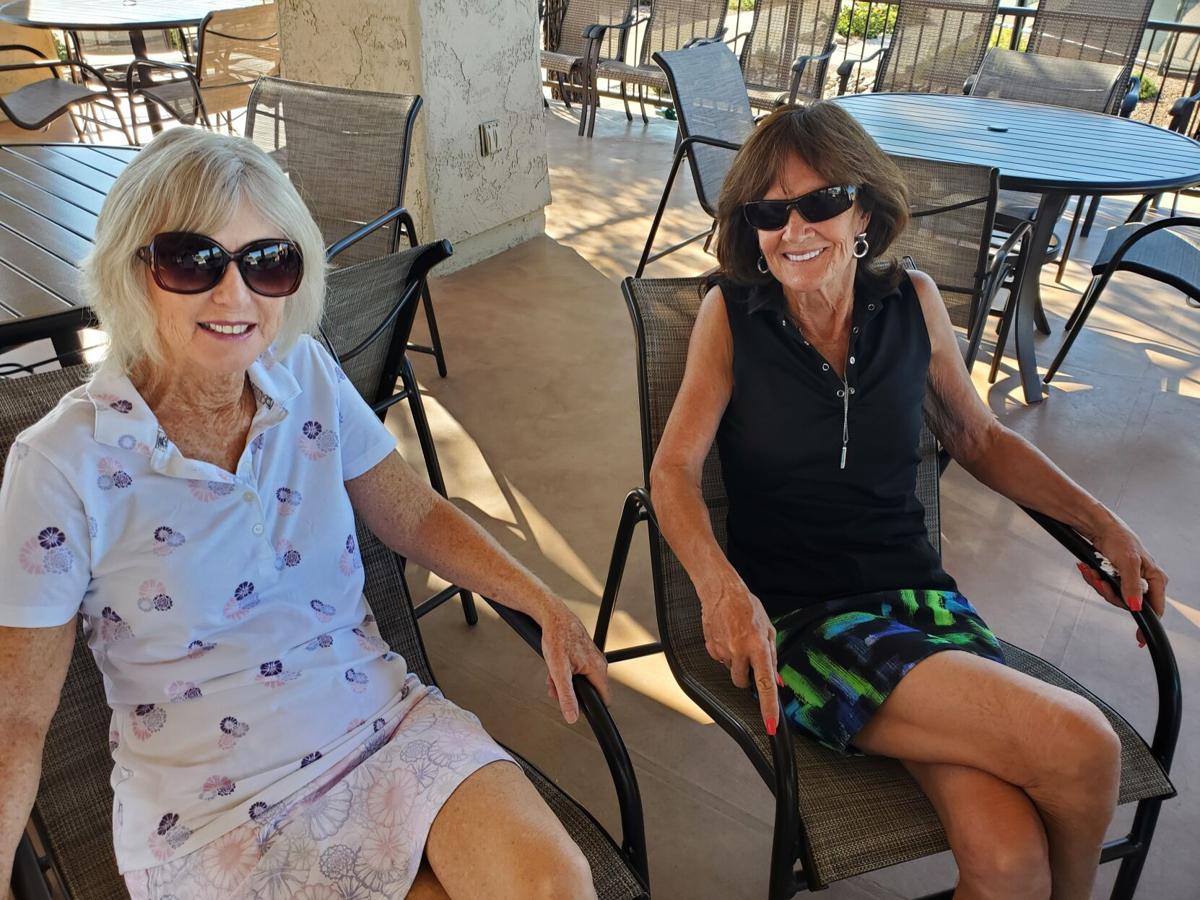 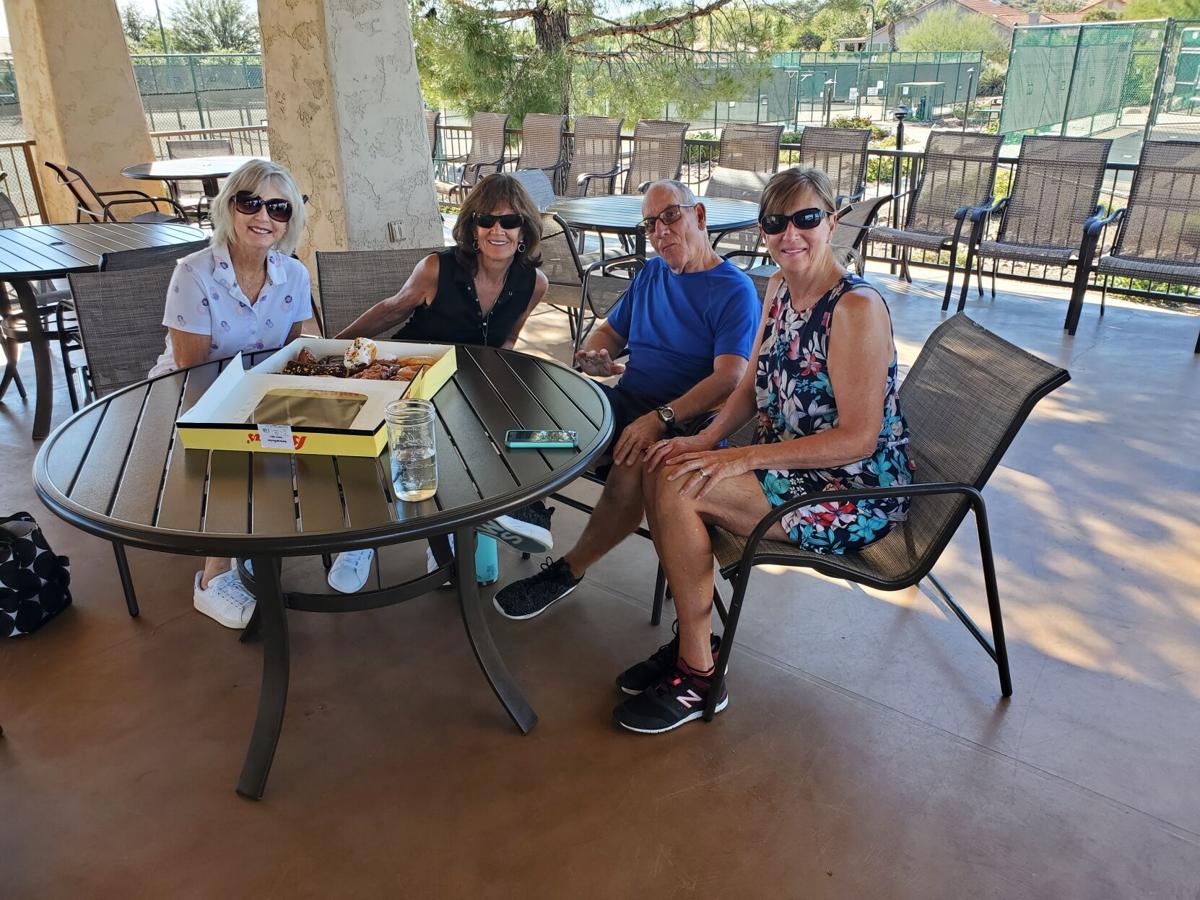 Donna McPherson and Molly Gilbertson agreed to talk about what they do after and beyond the sport of POP Tennis. Mike and Linda McAllen sat in on the discussion and added to the discussion.

Not only does Donna play POP Tennis, but she has also joined a group learning to make their own greeting cards, she enjoys mahjong, putting, water aerobics, and making ceramics.

She played tennis in high school and college, tried pickleball, and joined the Drop-In POP Tennis classes and became hooked. (Donna has a deceptive soft serve that barely misses the net and lands cross court that almost always is a winner.)

Molly Gilbertson moved here from Minneapolis, Minnesota and also attended the Drop-In POP Tennis lessons and decided it was for her. Her neighbor and friend, Linda McAllen, invited her to attend, she did, and became a fanatic. Molly is very intent on being the best she can be at any sport or activity she participates in, that she signed up with T.J. Duffy for private lessons to improve her weaker skills.

(All of us who play with her have noticed her improvement and dread her serves, forehand strokes, and admire her ability to cover the courts.)

Molly met Linda when there was a Unit 17 social, and Linda knocked on neighbor’s doors asking where the social was. Both Molly and Linda are recent arrivals to SaddleBrooke. Since then, they meet quite often and practice POP Tennis together to improve their game.

Molly enjoys going to the driving range and hopes to start playing golf again. Her model in life is to give 100 percent to whatever she does.

Linda’s husband, Mike, fell and tore his hamstring the first day of playing POP Tennis. He went for a ball he should have just let go. He broke his collar bone and knocked a hole in his head. This was on a Super Bowl Sunday, and he refused to go to the Emergency Room. He wanted to see the game. Linda put a melted silver concoction called colloidal on his wound and it healed so well that the nurse at the ER the next day said there was no need for stitches.

Did Mike decide to quit POP Tennis? No way! He plays, and even though he still has some pain, he plays. He said he enjoys the exercise and the friendship of the fellow players.

So, what happens after POP Tennis? We socialize. The doughnuts in the picture were not eaten by anyone. They all ignored the prompt I provided. What else does this group do after POP? Molly has hosed two birthday parties at her home. As Linda said, “we enjoy the people.”