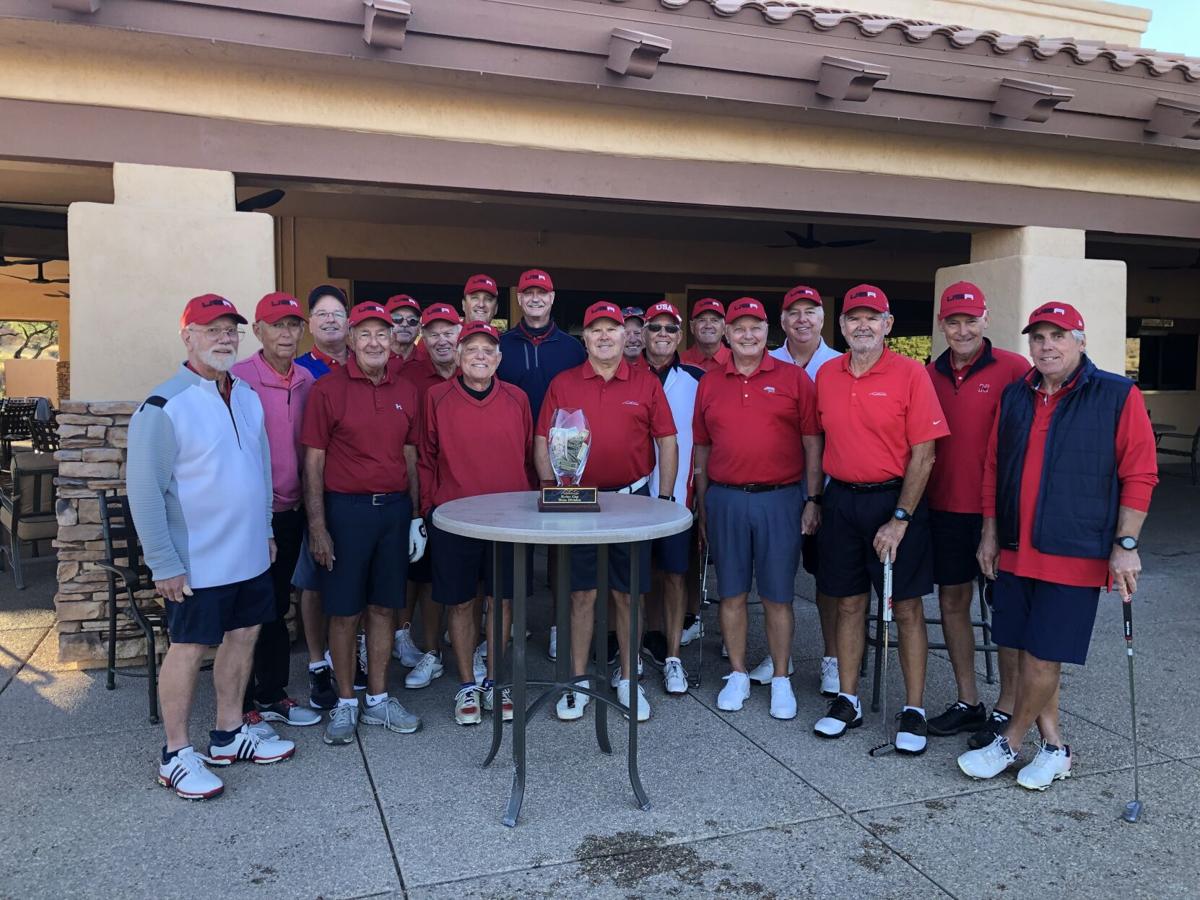 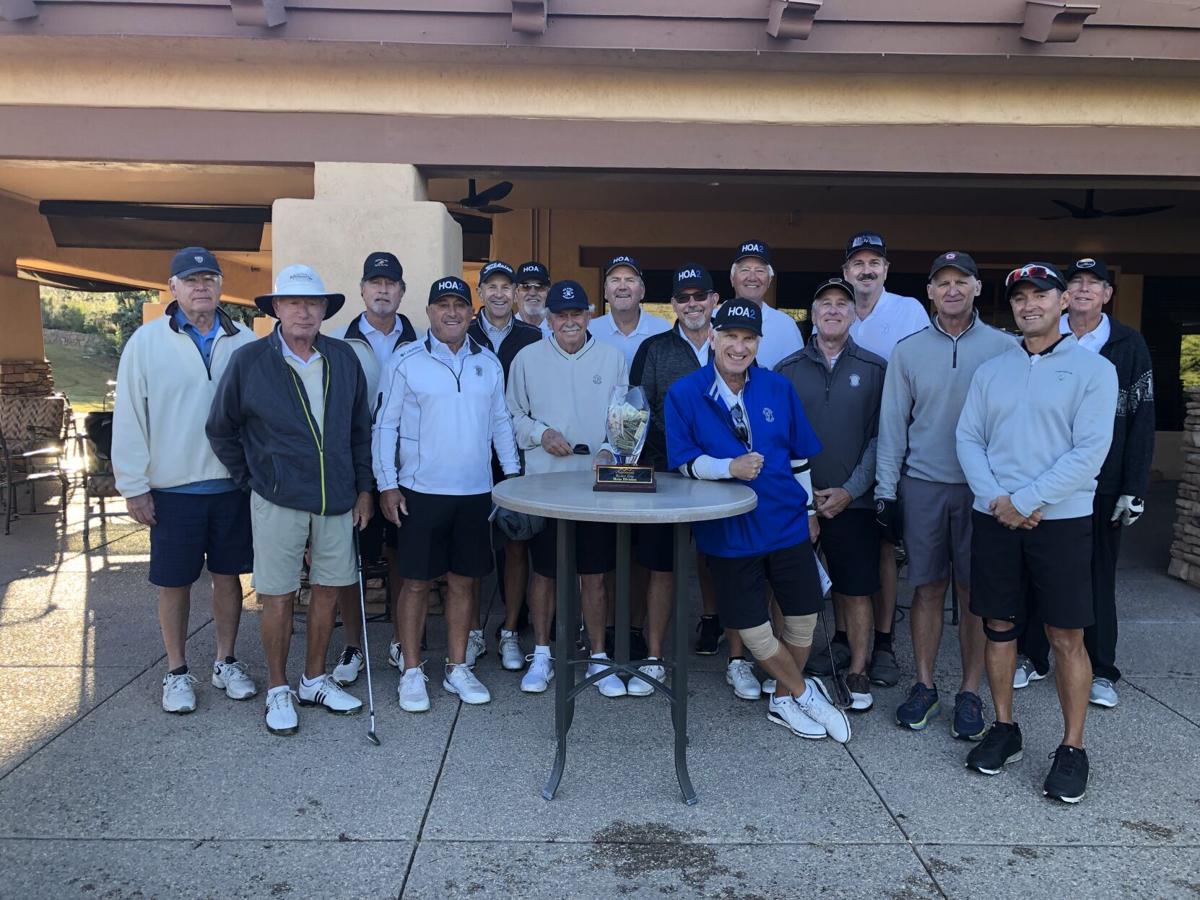 Spurred on by the terrific American victory in the late September Ryder Cup, the 18-hole men’s leagues from HOA-1 and HOA-2 went head-to-head in the annual SaddleBrooke Ryder Cup challenge. The two-day event was held on Monday, November 1 and Thursday, November 4. At the end of day one, played on the SaddleBrooke course, HOA-1 had a slim one-point lead but on Thursday, the HOA-2 golfers, playing at MountainView, flexed their muscles and ended up winning the event by a score of 17-1/2 to 14-1/2. Lunch and the Cup were awarded at a luncheon in the Agave Dining Room.

Members of these teams were:

A special thank you to Jane Chanik and Matt Hudson, the golf pros at HOA-1 and HOA-2 for their hard work in helping to organize this event, as well as the Food AND Beverage staff of the Agave for an enjoyable post-cup gathering.