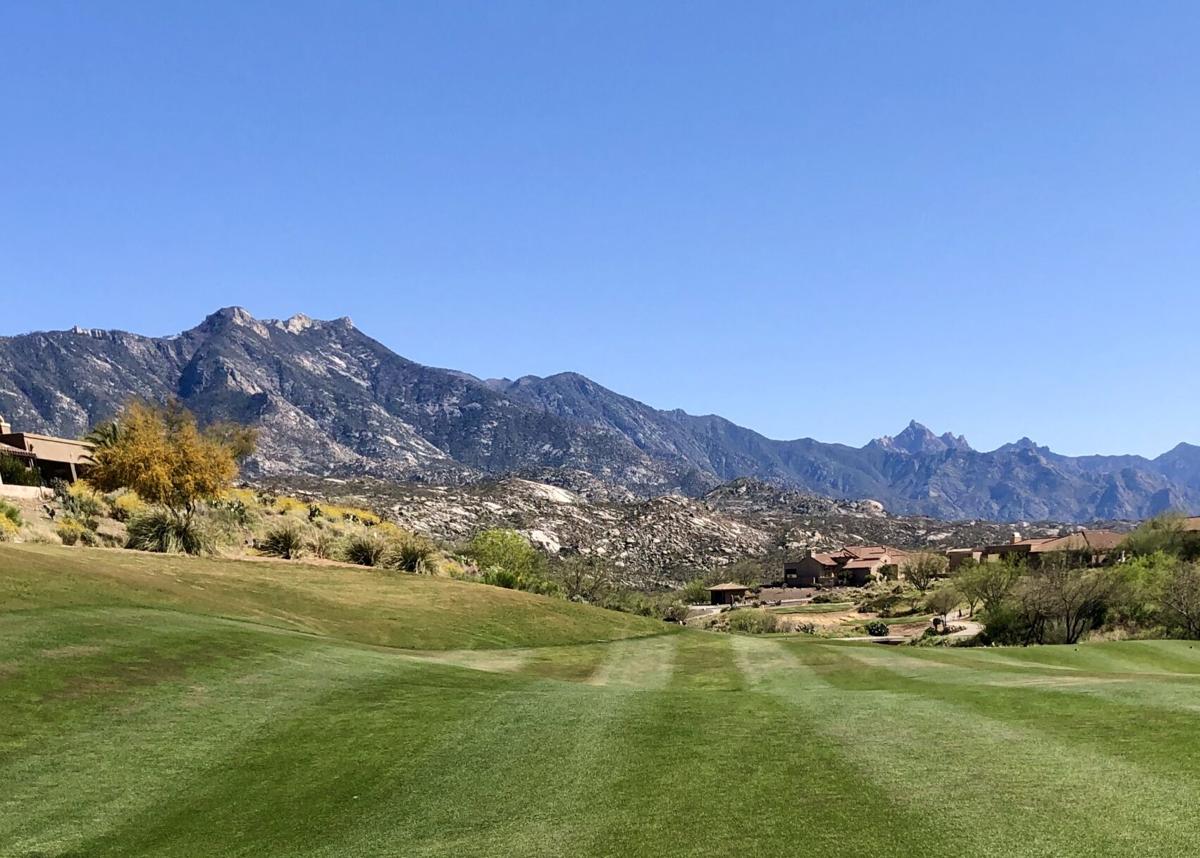 Our SaddleBrooke golf courses are beautiful.

Our SaddleBrooke golf courses are beautiful.

The first time the two groups golfed together was in early 1990. They played nine holes and had a lovely Fiesta Luncheon hosted by the Niners. Then, many decided they had so much fun they went back out and played nine more holes. In those days, we didn’t have as many golfers, so they had no problem doing that on the spur of the moment.

In 1991, the two boards got together and decided to continue the tradition. Niners Board Member Betty Eikenberry’s husband suggested the name LAGOS, which stands for Ladies Amalgamated Golf of SaddleBrooke. The name has continued through these 30-years, which means we’re celebrating our pearl anniversary.

The two leagues alternate hosting of this tournament. This year’s LAGOS Tournament held on Tuesday, September 21 was hosted by the Lady Niners. Each team was comprised of two Lady 9ers and two Lady 18ers. The format this year was a Step Aside Scramble. This format was chosen so that the game would flow along smoothly to make sure we finished in good time for lunch and prizes. In the Step Aside Scramble each player hits her tee shot. Then, the best ball to be played is chosen by the foursome. The person whose ball is chosen has to “step aside” and is not allowed to hit the next shot. This procedure continues throughout the round.

The theme this year was Pajamas and Pearls. The pearls are in honor of our 30th anniversary. To make it feel celebratory, we had a pajama party. The nine holes of golf was followed by an excellent luncheon at the Vistas Restaurant. Golfers wore pearls and their favorite pajamas, robe or gown. A bit of craziness always adds fun to an event! Prizes were given for the best team scores, closest to the pin and closest to the wavy line. There also was a cash raffle. It was another fun day.

We are very grateful to Barb Johnson, the chair of this event, who did such a great job of organizing it, and Vicki Long, who provided a most festive atmosphere with her decorations. We always appreciate our sponsors: Coyote Golf Cars, Golf Cars of Arizona and Morris Hall PLLC.

Golfing is fun with the SaddleBrooke Lady Niners. If you are a golfer who hasn’t joined a league yet or you are learning to golf and your instructor says you’re ready for more formal play, then join us. Details are at www.sb9ers.org; then click on How to Join. We look forward to welcoming you.