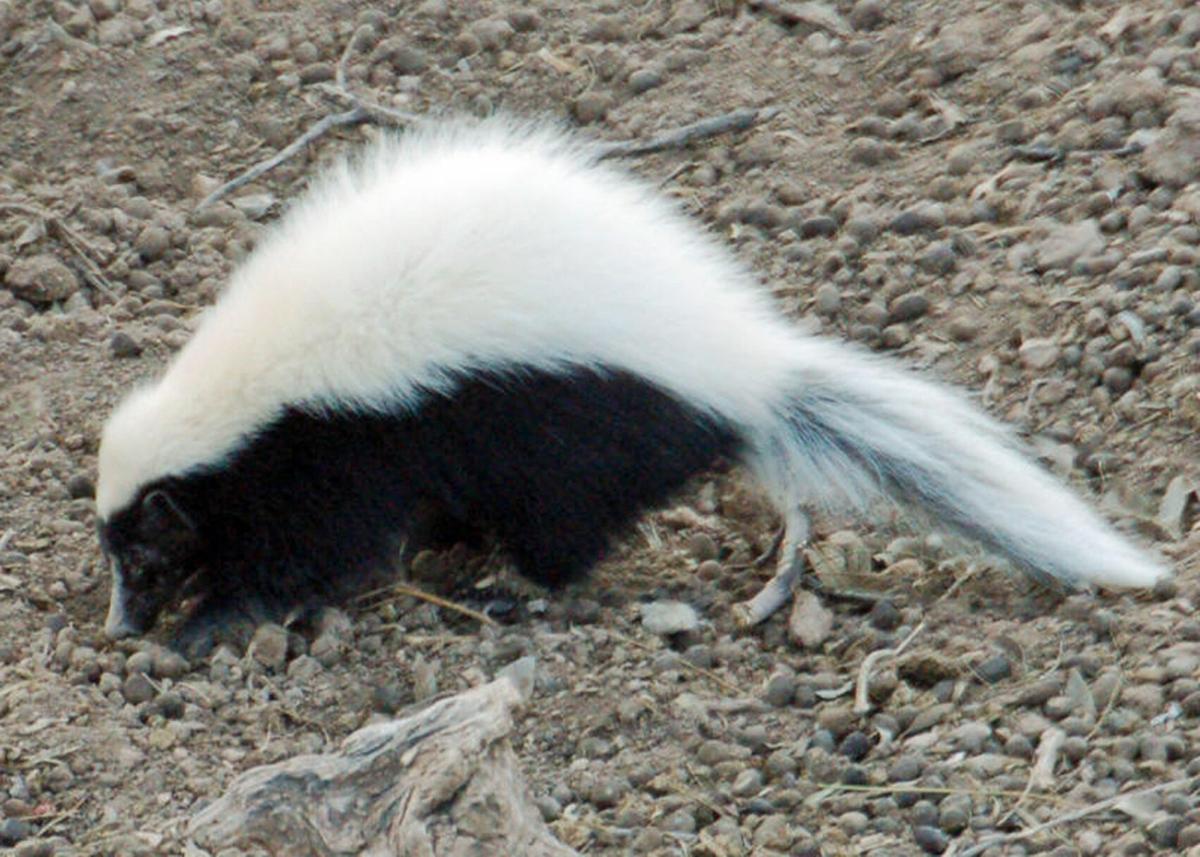 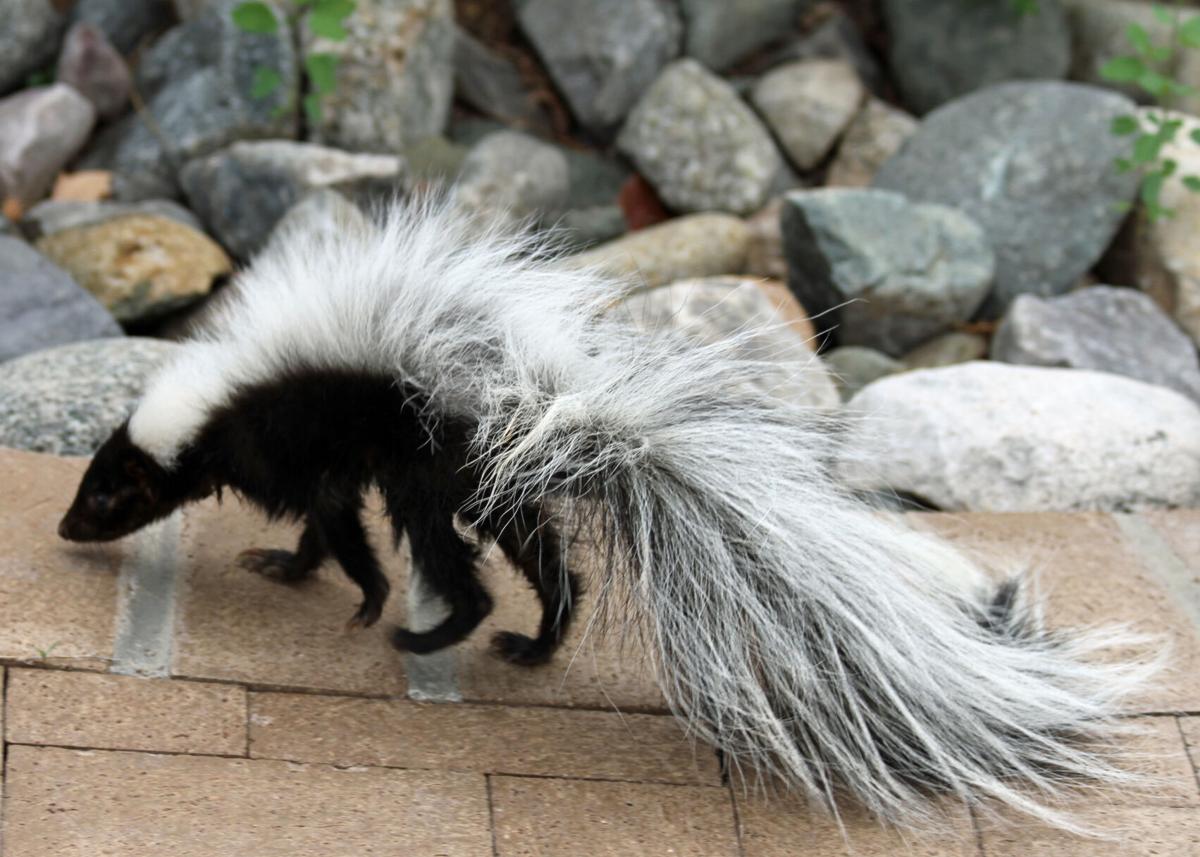 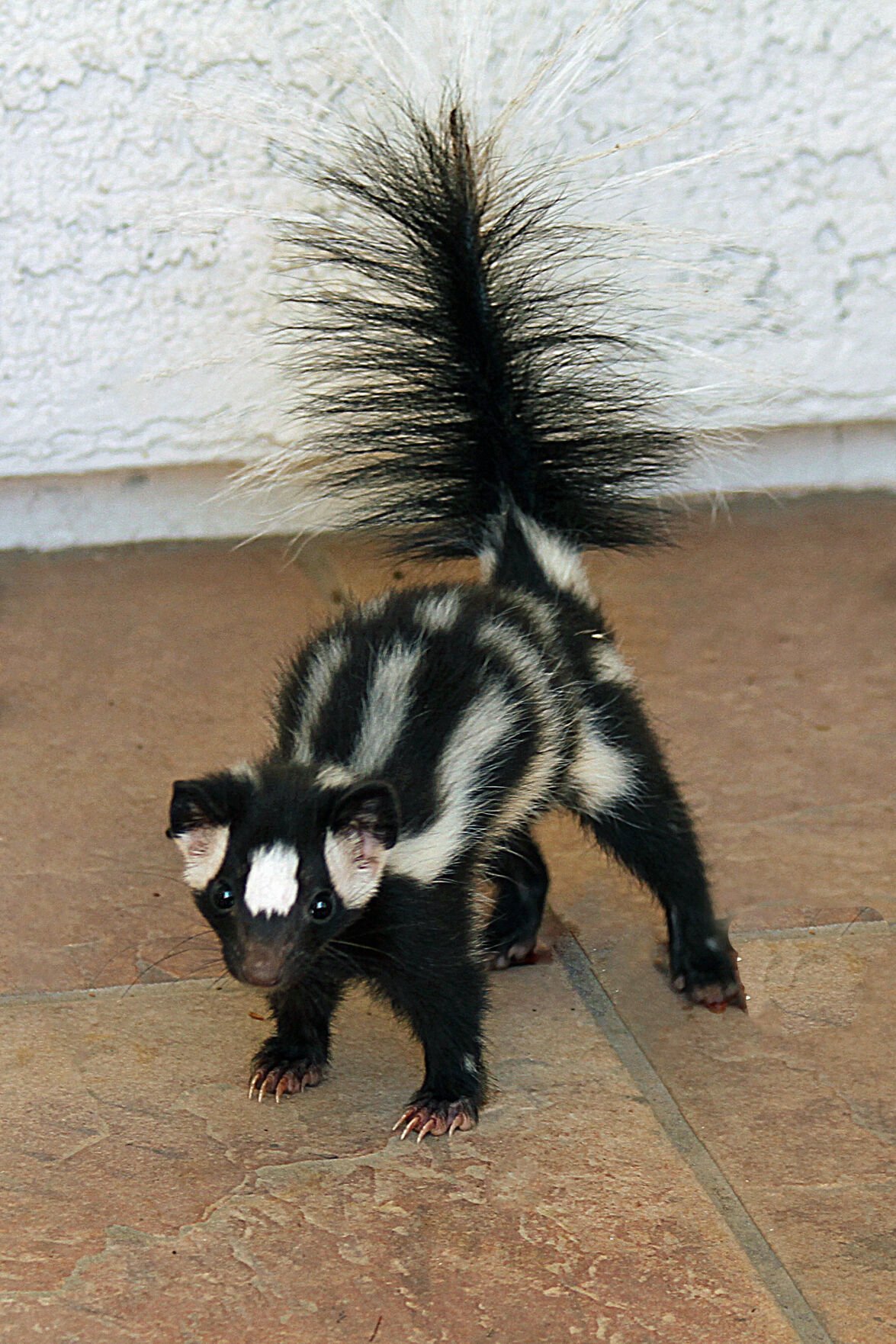 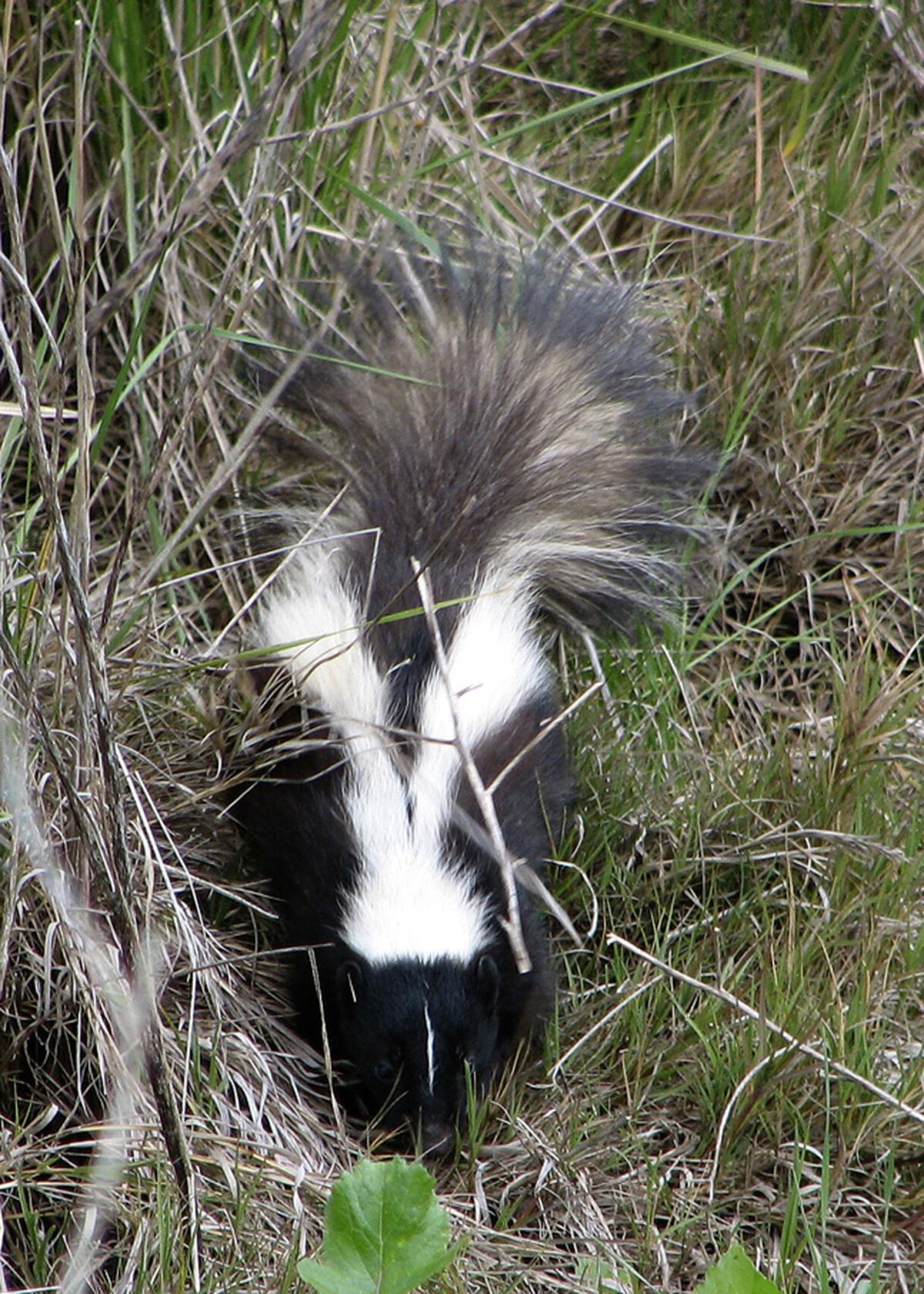 I got many calls last summer and fall from residents wondering who or what was digging up their gardens and potted plants. The answer is skunks. Then they wanted to know if they could relocate the skunks. Of course all we had to do was use a live trap, put the critter in their car, have them drive 30 miles or so to a suitable location, release the skunk, wash the trap and return it to me.

So far no takers on that solution!

Skunks that are digging in your garden and planters are doing so because they are looking for food and it is not for the plants they are digging up but the beetle grubs that are living in that nice potting soil you put in your garden. They pull plants out of the way so they can get at the earthworms and the grubs that live just below the surface. Beetles lay their eggs in soil that has organic material, such as fertilizer that the grubs can feed on. Of course when you purchased your potting soil you made sure you got the enriched kind that the plants like. Grubs like it too!

Here's how to stop skunks from digging up your garden: Mix cayenne pepper, or ground chili powder with your potting or garden soil. The skunks use their nose to sniff out the grubs the chili burns the nose and discourages further investigation of the area. You can also make it hard for them to dig by spreading chicken-wire over the area.

I always tell residents that we live in the “Skunk Capital” of the world because we have not one, not two or three but four members of the family Mustelidae here in SaddleBrooke. Due to the great diversity of habitats in the Sonoran Desert, all four species of skunks are present here.

The skunks are rather phlegmatic animals. They seem to be aware that they have the best weapon for almost any situation, and show little fear of predators including humans and their pets. Skunks give plenty of warning of their intent to spray, stamping their feet, and in the case of the spotted skunk, even doing a handstand before spraying. Skunks evidently find their own odor offensive; a skunk is reluctant to spray if restricted from getting its tail out of the way.

There is variation in patterning among the skunks, but the striped usually has a black back with a white stripe along its sides. The tail is black with a white tip. The striped is a medium- to large-sized skunk at about 6 to 10 pounds (2.7-4.5 kg).

The hooded skunk looks much like the striped, but has a ruff of fur around the neck, and a very long, lush white plume for a tail.

This is the least common skunk; it is all white on the top of head, back, and tail. The under-parts are black. There is a bare patch of skin on this skunk’s long nose.