Skip to main content
You have permission to edit this article.
Edit
Home
E-Newspaper
Letters to the Editor
Events Calendar
Billboard & Classified Ads
Recipes
Current Advertisers
Submissions
Advertise with Us
About SaddleBag Notes
Share This
1 of 6 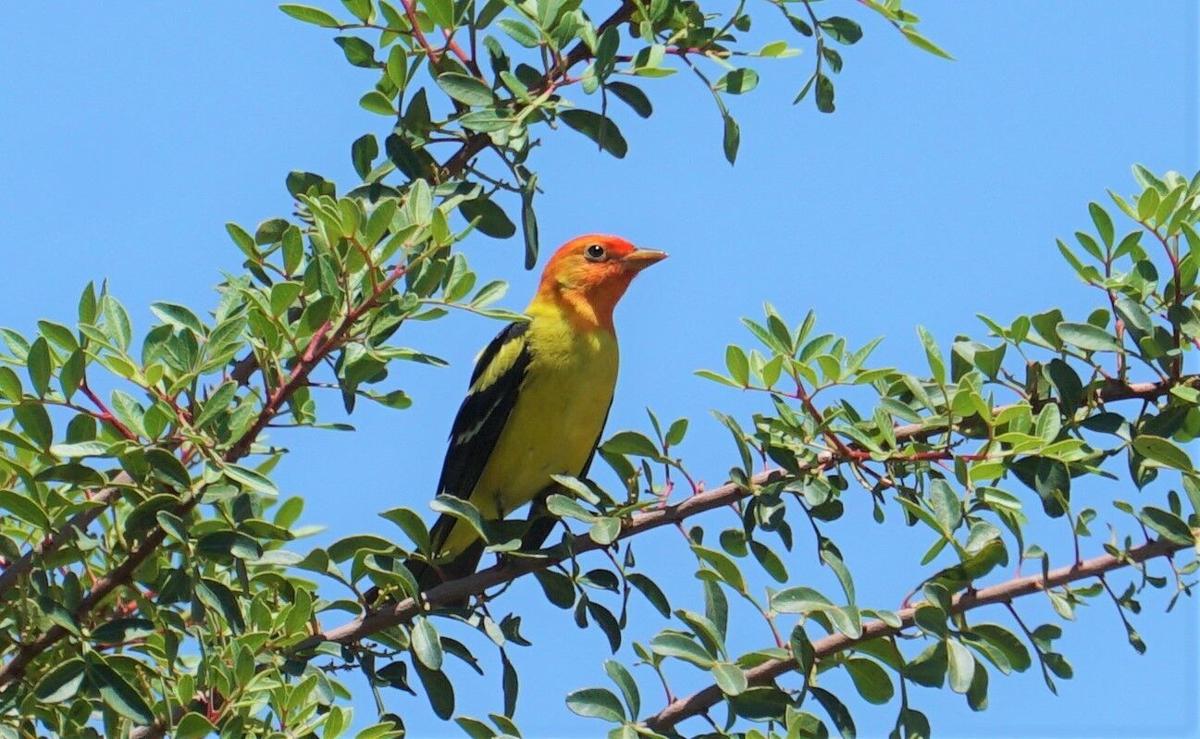 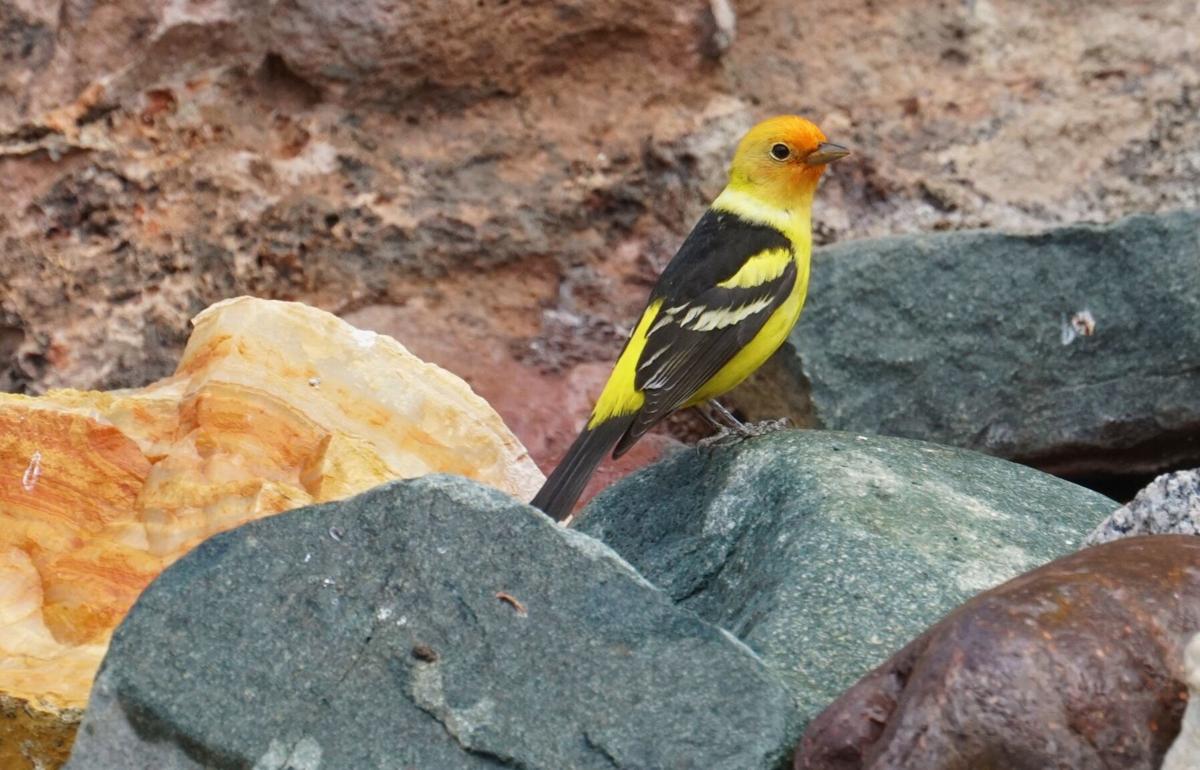 Male Western Tanager on our pond. 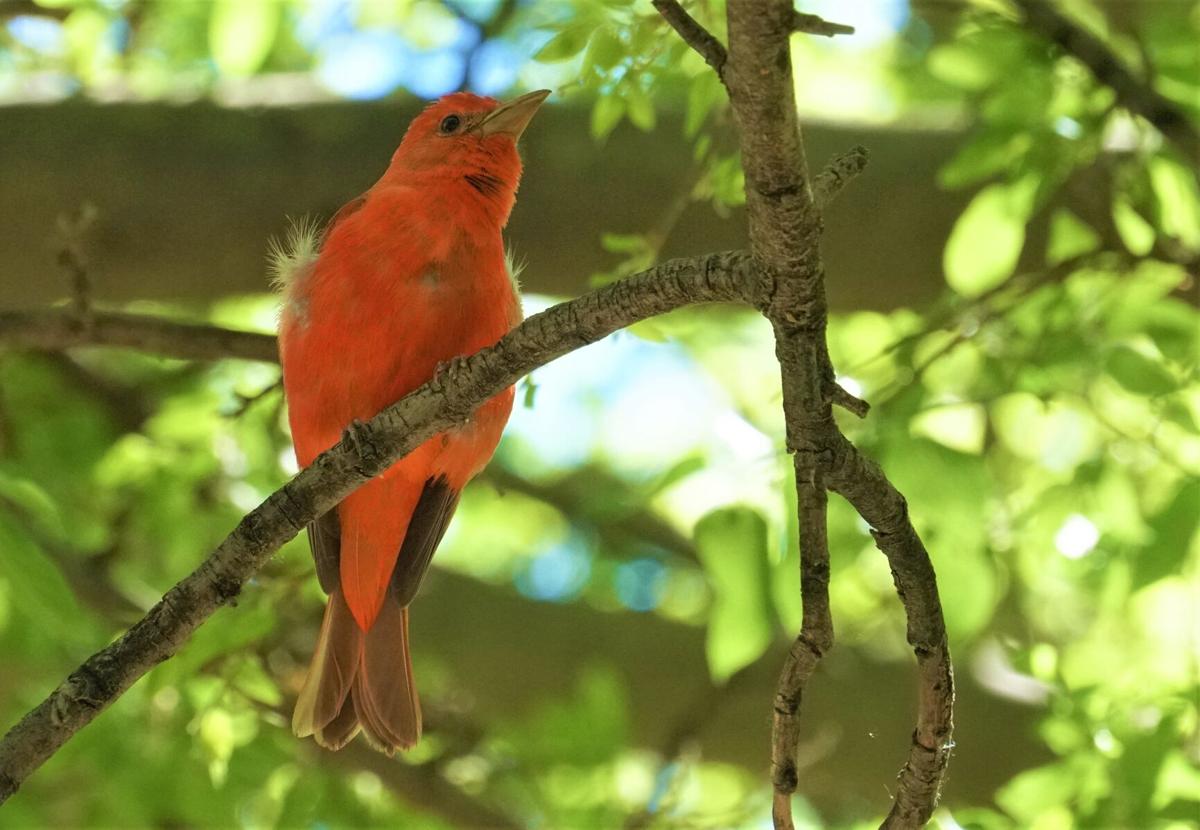 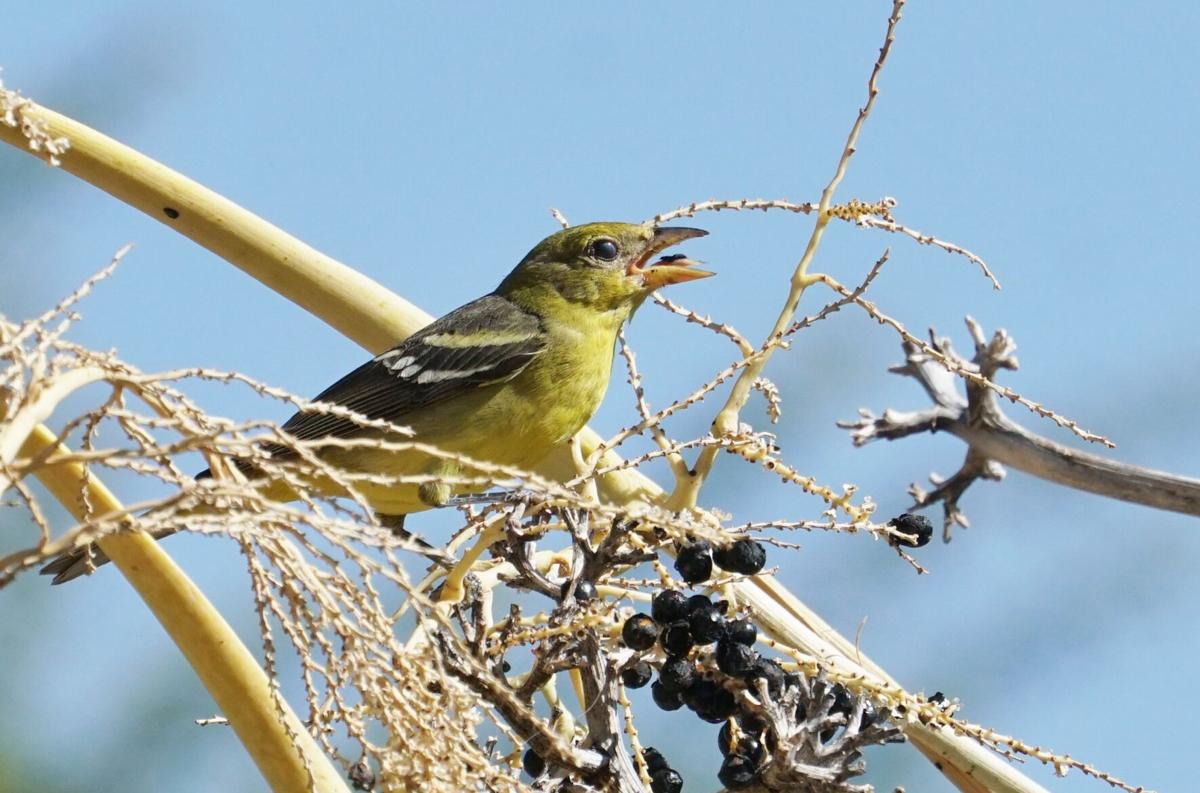 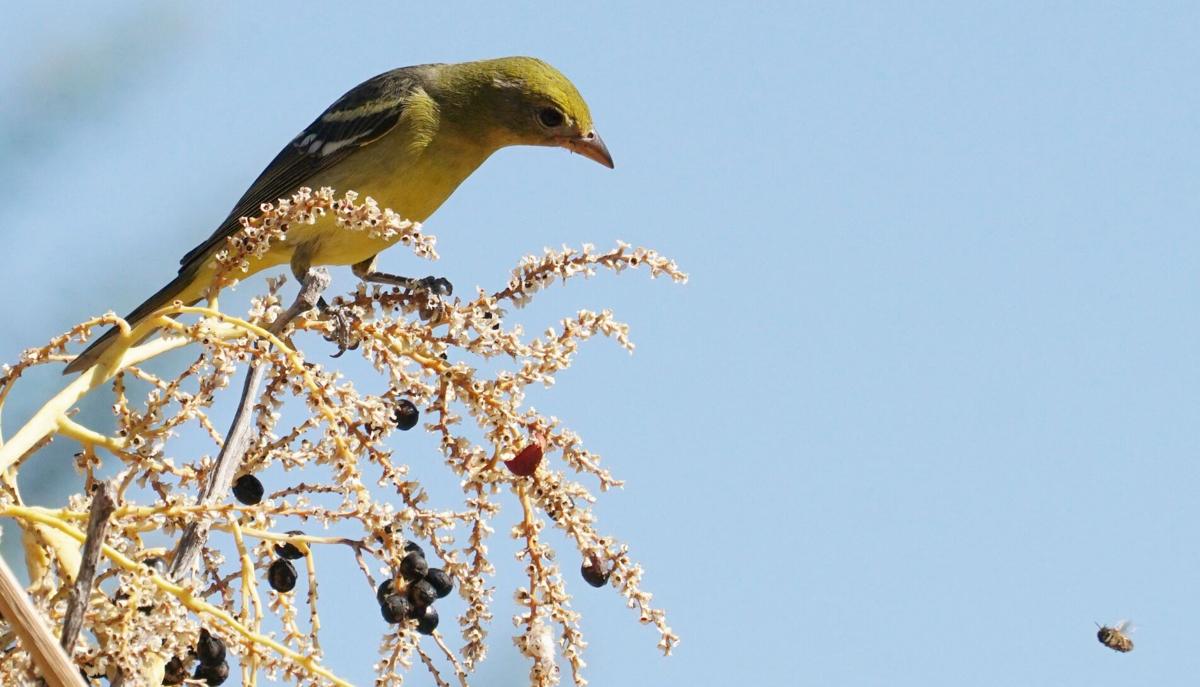 Male Western Tanager on our pond.

Summertime in SaddleBrooke is a secret we don’t share with snowbirds. Sure, we joke with them about the dry heat, tell them our summer monsoon should be renamed the summer ‘nonsoon’ and encourage them to leave before our first hundred-degree day. Once they’ve cleared out (certainly by Memorial Day), we kick back, relax and enjoy the traffic-free roads, half-empty restaurants and crowd-free venues. Those snowbirds that flee our comfortable single-digit humidity for the breath-stealing humidity beyond the desert also miss out on some of the best birding of the year. Summer is when we watch the miracle of nest-building, courtship displays and babies. Who wants to drive a thousand miles and miss watching the daily drama of quail trying to get a dozen hatchlings from windup toy to puberty? Deserting the desert in the summer also means missing most of our hummingbirds and many of our most colorful migrants. Our tanagers are a good example.

Part of the Cardinalidae family, all five U.S. tanagers belong to the same genus, Piranga (Not Latin or Greek, but Amazonian Tupi language for ‘an unknown small bird’). All five of these are found in Arizona although the Scarlet Tanager, common to the eastern U.S., is rare here. The Flame-colored Tanager (from Mexico) is also rare here, but even rarer in Texas, the only other state where it’s seen. One of the other three species, the Hepatic Tanager, is mostly found in just two other U.S. states, New Mexico and Texas, while the remaining two species, the Summer Tanager and the Western Tanager are far more widespread. If you have any doubts about these birds being colorful, consider the names, scarlet, flame-colored and hepatic (liver-red). The Western and Summer are no less eye-catching. The male Summer is a bright rosy-red overall, and the male Western a red-headed black and yellow bird with a distinctive yellow wing bar.

The Hepatic Tanager is the most widely distributed Piranga tanager, ranging from the Southwest U.S. all the way to northern Argentina. And although its English name refers to a liver-red coloration, its species name flava (Latin for golden-yellow) comes from its original description, based on a female bird in Paraguay. In Arizona, Hepatic Tanager is a common summer resident of higher elevations with pine, oak, juniper and other conifers.

The Western Tanager, the quintessential bird of western forests, is found west of mid-Kansas, north into Canada and south into Mexico, where it winters. Despite its brilliant colors and strong song, its predilection for shady foliage makes it elusive and sometimes difficult to spot. Last summer, our neighbor’s palm tree sprouted tiny fruits on long stems that developed into bird magnets. Mockingbirds, grosbeaks, waxwings and Western Tanagers swung from the stems while gobbling this fruit. The tanagers were of particular interest to us, and they were in our yard and next door in large numbers (as many as 30 at a time) for weeks during their southbound migration. The Western Tanager breeds farther north (60 degrees) than any other tanager, spending as little as two weeks in its northern most habitat.

Summer Tanagers are found mostly in the southern states from California to Florida, and the male may be our most striking summer migrant. A berry and fruit eater, the Summer Tanager is also well known for eating bees and wasps. It’s a migrant commonly found in riparian woodlands. Two of the most easily found summer populations near SaddleBrooke are Peppersauce Campground near Oracle and The Shores recreational area north of Mammoth on the Gila River. Just don’t tell our snowbirds.