Skip to main contentSkip to main content
You have permission to edit this article.
Edit
Home
E-Newspaper
Letters to the Editor
Events Calendar
Billboard & Classified Ads
Recipes
Current Advertisers
Submissions
Advertise with Us
About SaddleBag Notes
Share This
1 of 8 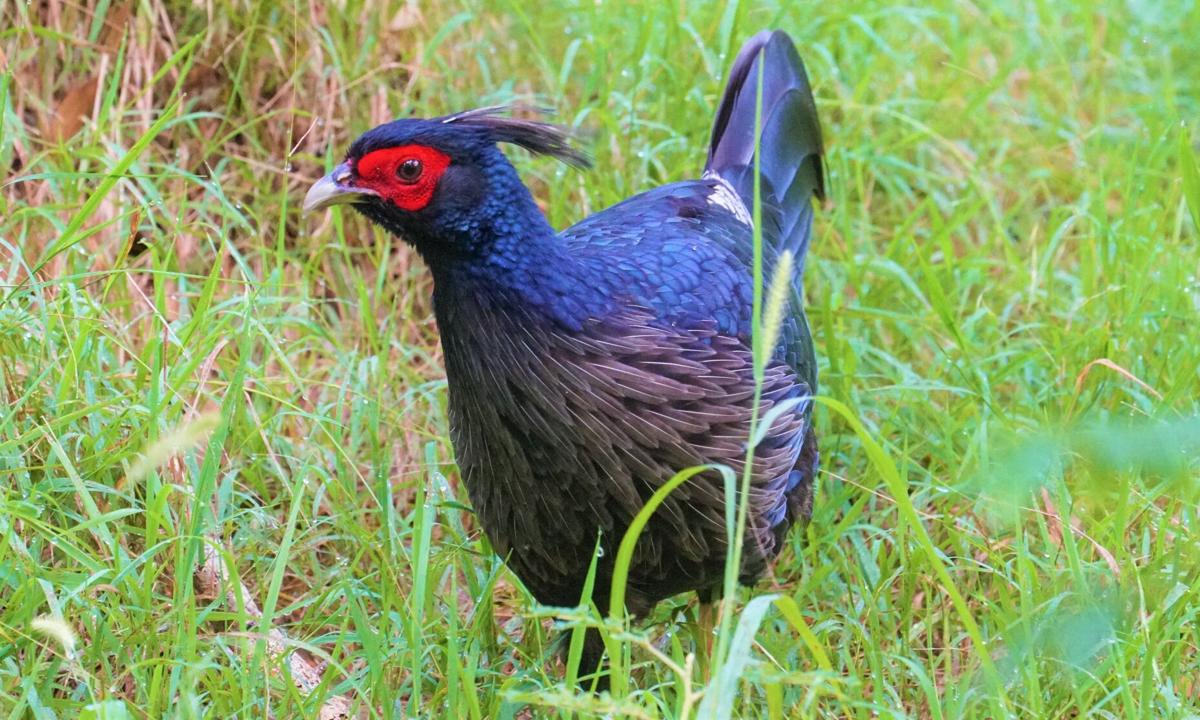 One of many Hawaiian imported birds, the Kalij Pheasant. 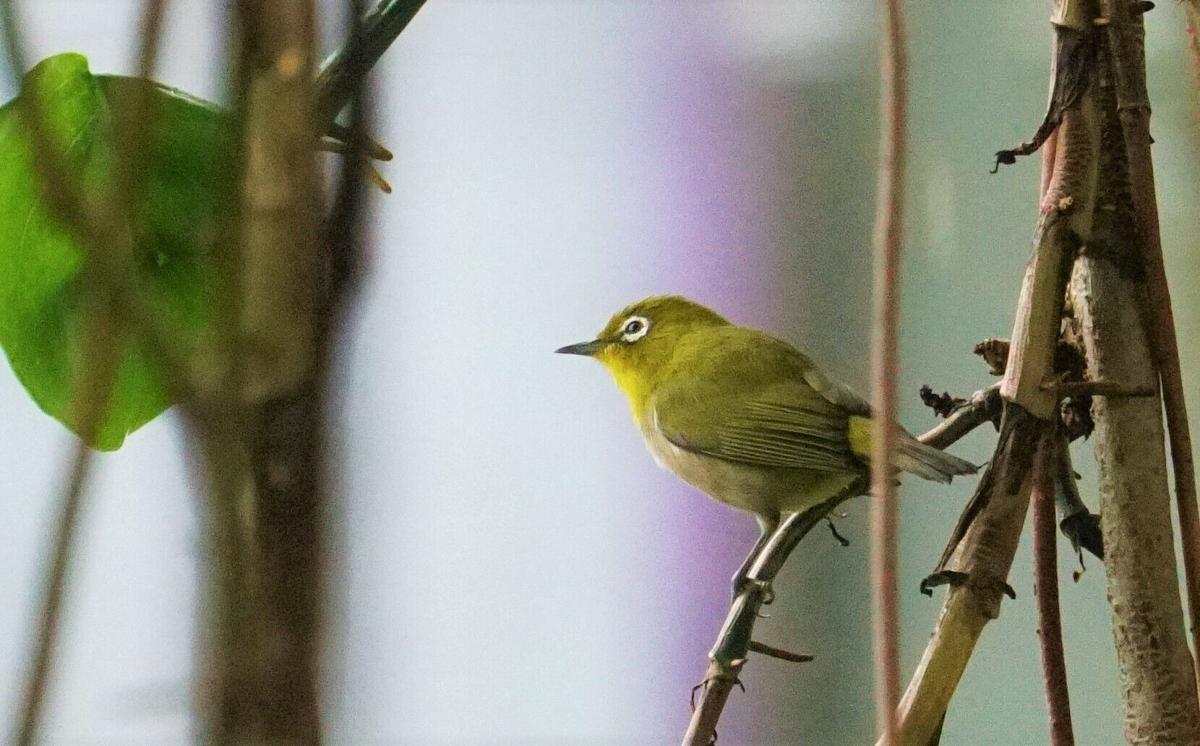 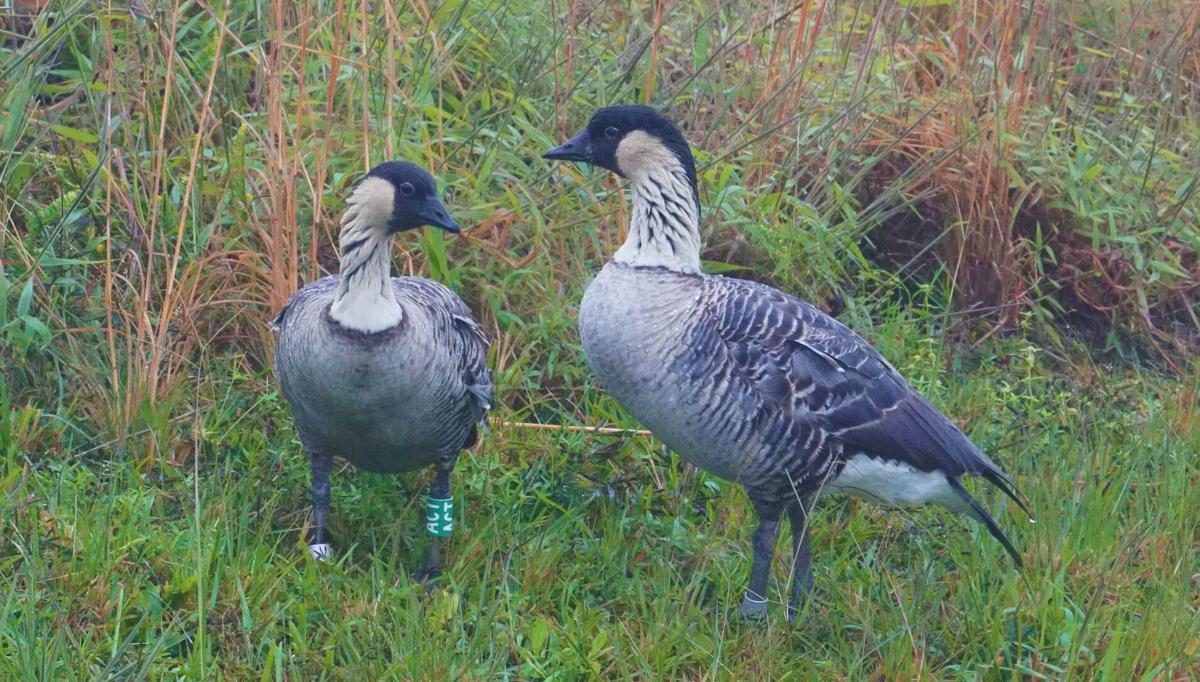 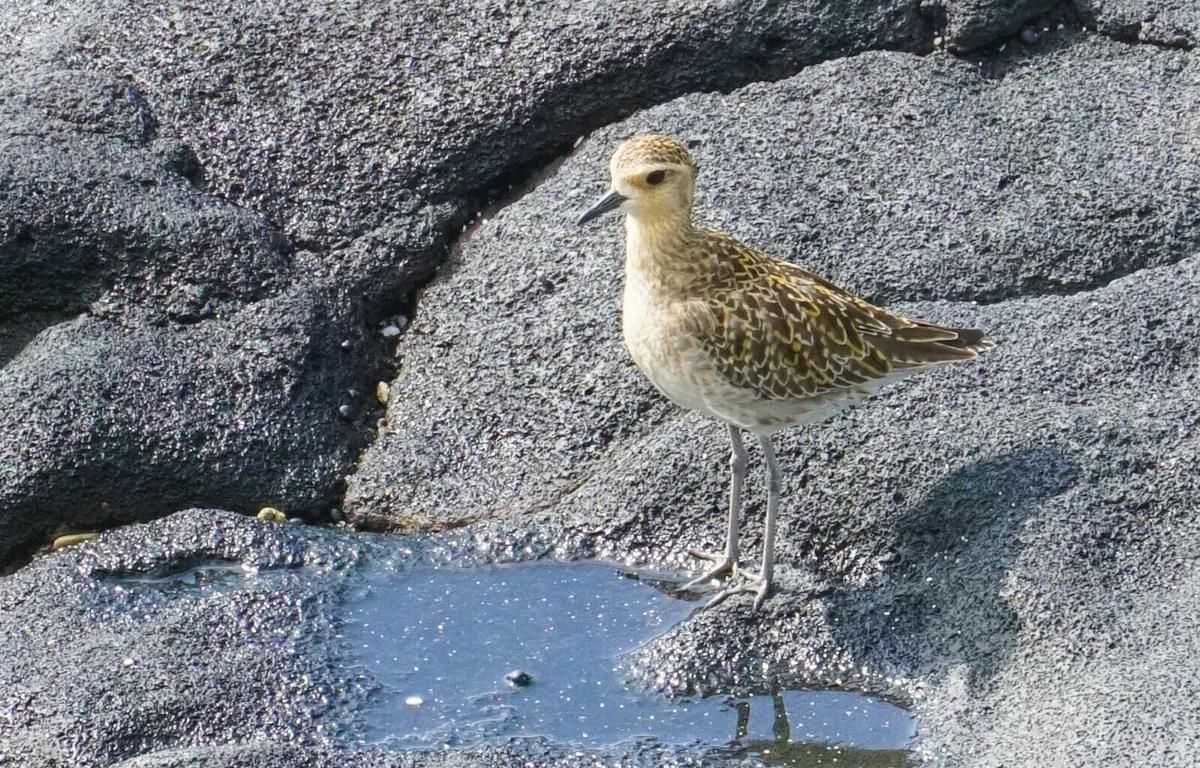 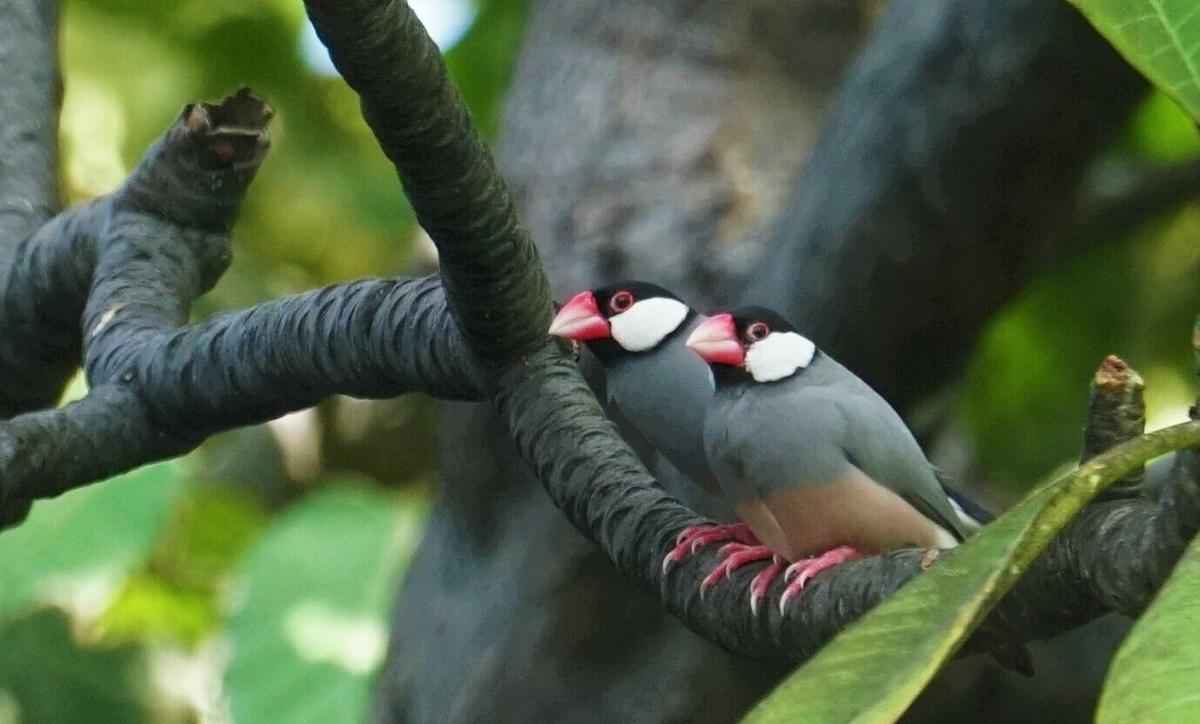 A pair of Java Sparrows. 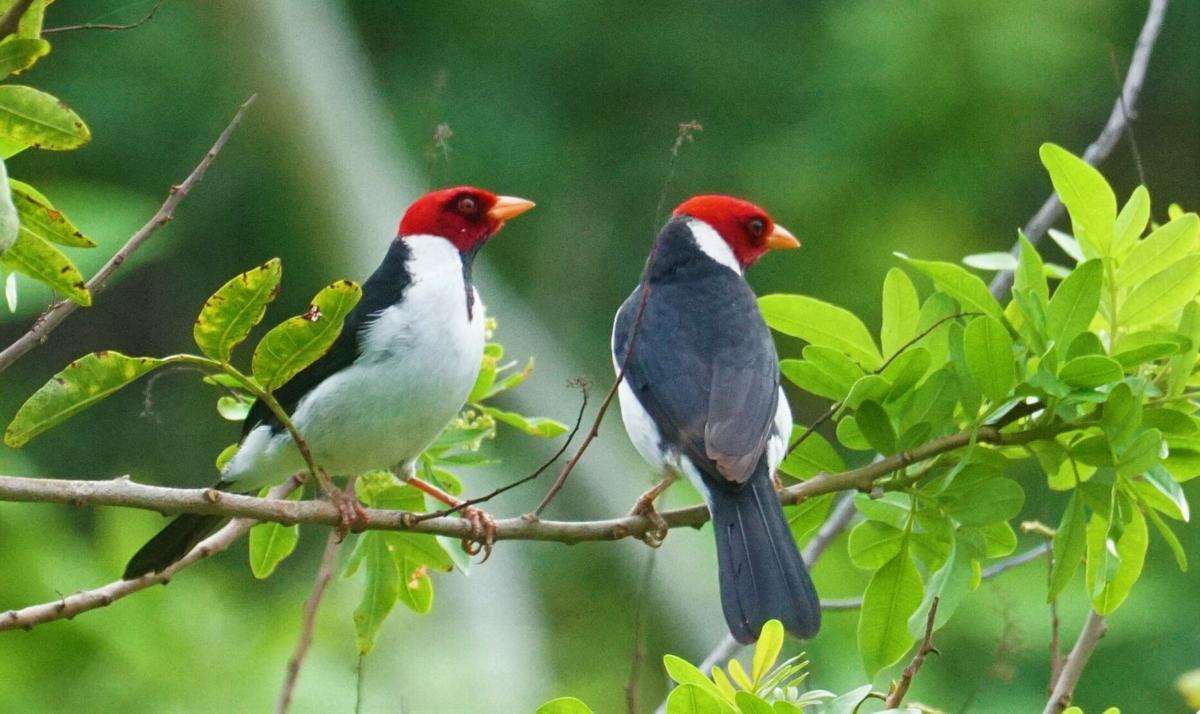 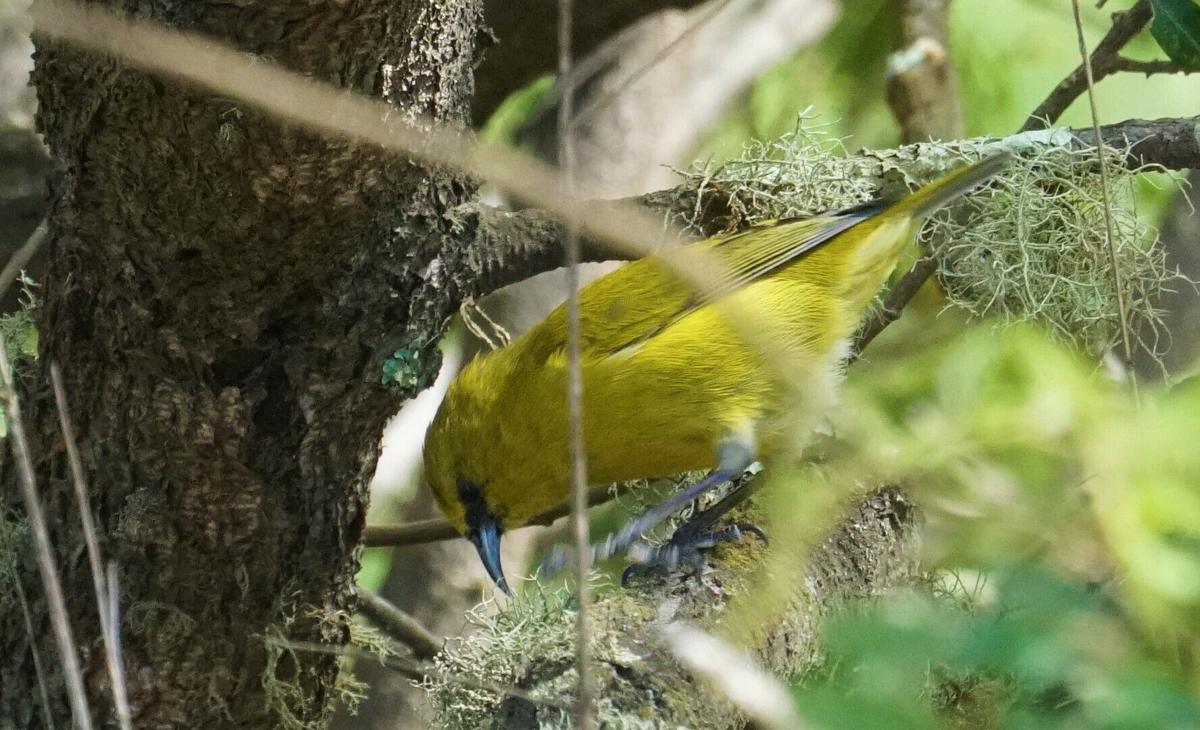 A Hawaiian endemic, the Amakihi.

One of many Hawaiian imported birds, the Kalij Pheasant.

A pair of Java Sparrows.

A Hawaiian endemic, the Amakihi.

Suffering the quarantine blues a year ago, I wrote an article remembering the last time we birded Hawaii’s Big Island, five years earlier. With the pandemic ebbing a bit this year, we decided to return to the Big Island for our 47th anniversary. We spent the first week of December in a lovely eco cabin nestled in the rain forest near Volcanoes National Park, and as I write this, we’re spending a second week on the sunny Kona Coast, sitting on our condo’s deck mesmerized by the constant roar of breaking surf just below us. We’ve spent many days on most of Hawaii’s islands, and in the 1980’s I even opened an office on Oahu and spent a week each month there. Once, during a trade show in Honolulu, Prudy, wistfully eyeing the swaying palm trees outside, accused me of ruining one of our favorite vacation spots. Of all the islands, the largest, Hawaii or ‘the Big Island’ quickly became our favorite due to its spectrum of attractions, from volcanos to snorkeling.

Birding in Hawaii is interesting and challenging. There are roughly 350 species of birds currently found on the islands, a little more than half the species found in Arizona. There were 70 known endemics, of which 30 are extinct and six others which may be extinct. Of the remaining 48 endemics, 30 are listed as endangered or threatened. In fact, Hawaii has the dubious distinction of being known as the endangered bird species capital of the entire world. Twenty-one of the twenty-five bird species in the United States that have gone extinct are from Hawaii, and more than a third of all U.S. birds protected by the Endangered Species Act are in Hawaii. The multiple bird-related problems in Hawaii started with the human-based introduction of non-native plants and animals. Early Polynesians brought the jungle fowl, pigs, dogs and rats, and Captain Cook brought goats and European pigs. Later, cats and other rodent species were introduced. Rats led to importation of the mongoose, which helped control rats, but which also introduced a serious threat to ground-nesting birds. In addition, more than 150 species of exotic birds have been introduced to the islands, and those that survived compete with native birds for limited island resources. On our visit six-years-ago, we documented 32 species, a relatively small number of birds for nearly a week’s effort, but it was fun and exciting, and our list includes several birds you won’t find in any other state.

Hawaii’s state bird is the Nene, or the Hawaiian Goose. With a population of about 2,500, this endemic is the rarest goose in the world, and efforts are underway to expand the population within the state. This work is succeeding, and the population is increasing; seeing these birds in the past was difficult at best, but we’ve seen several this trip. Another bird that won’t be found elsewhere is the ‘Oma’O, found only on the Big Island. This bird, also known as the Hawaiian Thrush, is found mostly above 3,000-feet on the slopes of Mauna Loa. We also found the ‘Apapane, a crimson endemic with black wings and tail, an abundant bird on all the main Hawaiian Islands. Other endemics this trip include the Hawaii Amakihi, Hawaiian Coot, Hawaiian Hawk, Palila, Red-masked Parakeet and Hawaii Elepaio. Non-endemics that are also foreign to the state-side visitor include White-tailed Tropicbird, Warbling White-eye, Common Myna, Common and Lavender-billed Waxbill, Saffron Finch, Yellow-fronted Canary, Java Sparrows and Yellow-billed Cardinal. Yellow-billed Cardinals, common on the Big Island, are eye-catching with a brilliant red head, black wings, white collar and breast and of course, a yellow bill. Something other than birds might bring you to Hawaii, but don’t forget your binoculars.