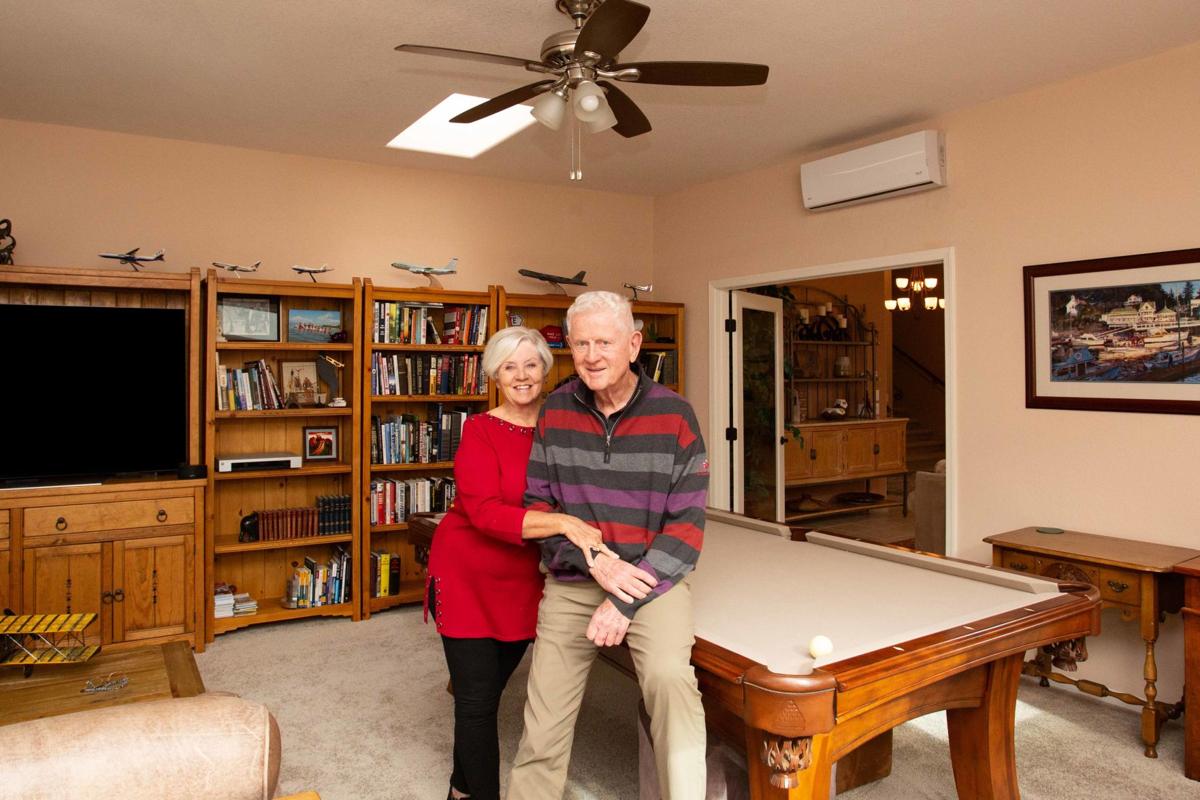 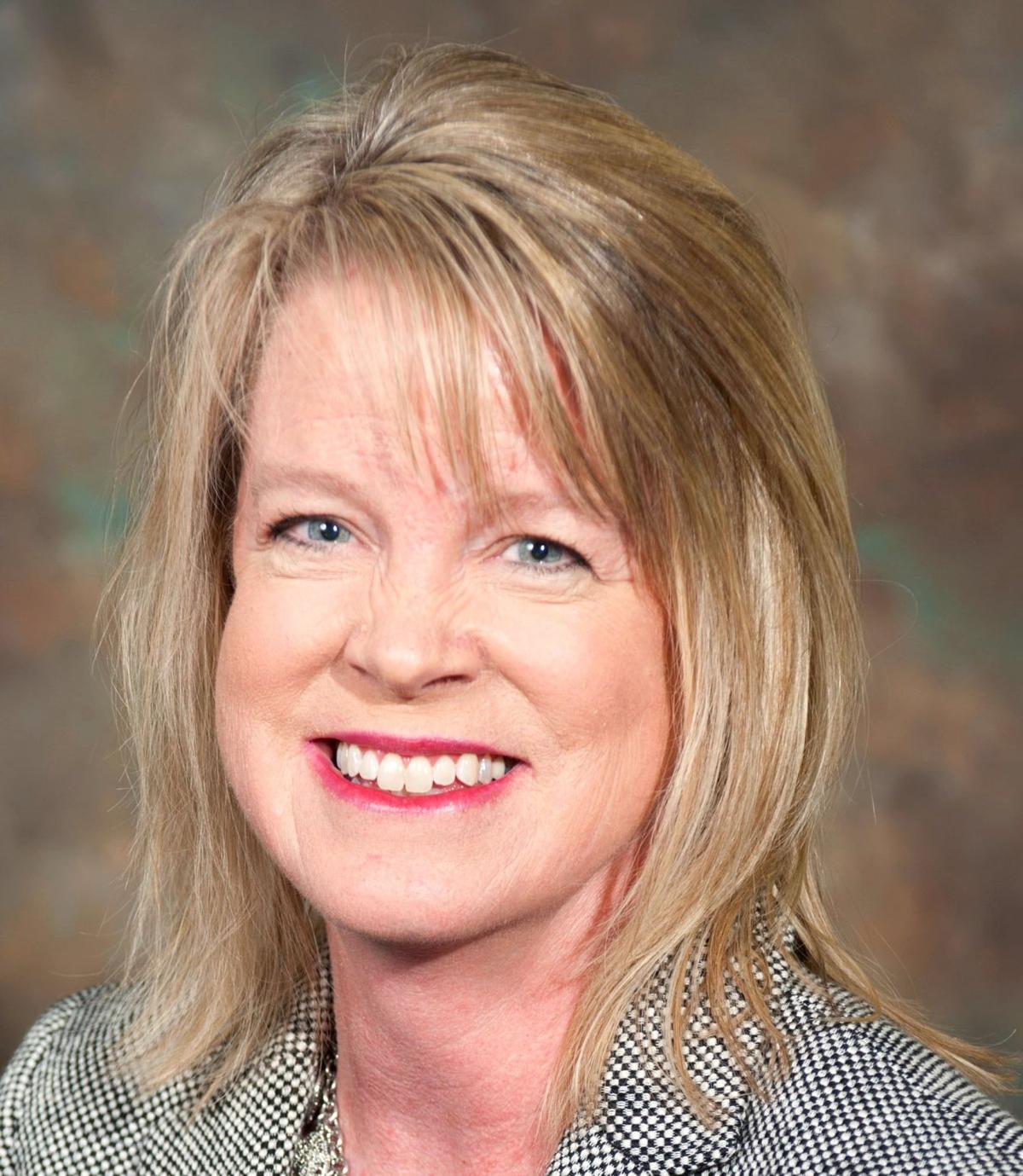 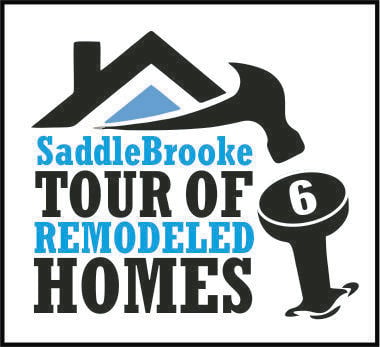 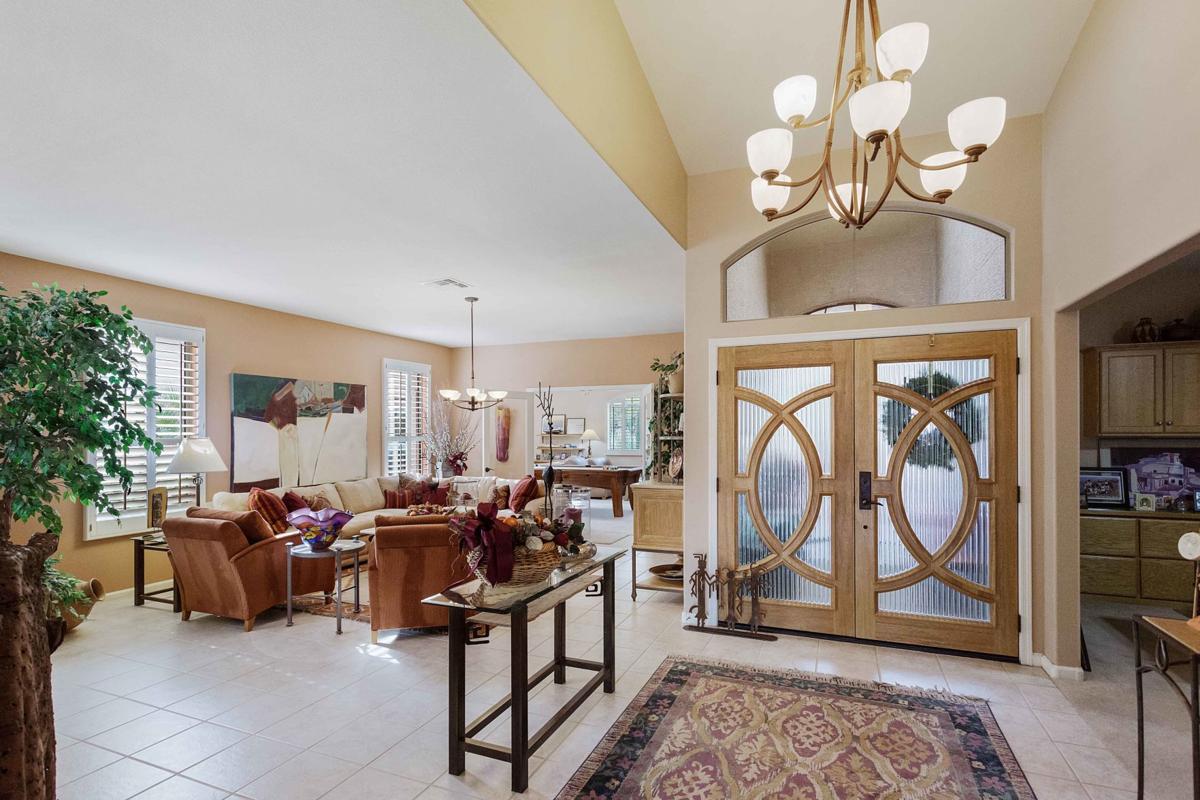 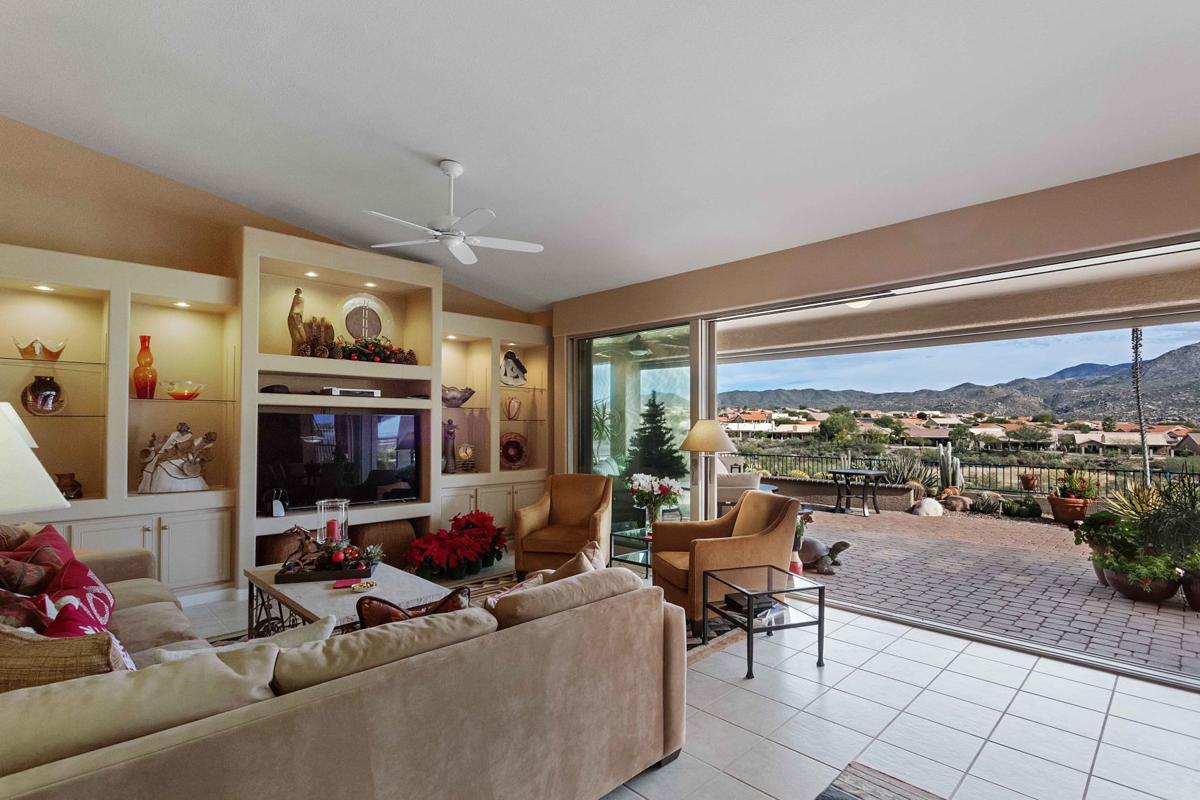 Roy and Jacquie Christiansen began their SaddleBrooke adventure in a villa and progressively moved up in square footage. Their third and largest home, a two-story four-bedroom plus den Galleria on a premium east-facing view lot overlooking the golf course and mountains, has since grown an additional 400 sq. ft. “We didn’t realize what an active, busy social life we’d have in SaddleBrooke and found we needed more space for entertaining,” explained Jacquie.

With James Widdows, owner of Northwest Builders, as general contractor, the Christiansens have completed several stages of remodeling over the past 14 years to modify the master bath, den, kitchen, bar area, downstairs second bedroom, the family room and even the addition of a 400 sq. ft den. “They were really easy to work with,” said Widdows, “Jacquie always clearly knows what she wants.” An art school graduate, Jacquie originally had her mind set on a career in interior design before becoming a Pan Am flight attendant and meeting her husband.

Added to the front of the home opposing the garage, the new 20’ x 20’ den is accessed by double French doors that replaced the original living room windows. The addition flanks the opposing garage forming space for a soaring gated atrium and privacy for a new glass paned front door. With an executive desk and a wall of shelves housing an extensive book collection and numerous airplane models, the room is not only a handsome library for the former aerospace sales rep, but also Roy’s “Man-Cave” where guests may relax over a game of billiards. The room’s south wall bumps out a few feet beyond the home’s existing footprint affording Roy mountain views from his desk through a French door opening to the backyard. The addition’s French doors, skylights and clerestory windows add the natural light that Roy missed in his former den.

With the addition, both homeowners now enjoy their own individual office space. In the home’s existing den, an entryway was added, allowing the formerly dark, dead-end space to flow from the front hallway to the bedroom hallway. Track lighting illuminates an inviting gallery of artwork brightening the formerly closed off hall. The removal of the room’s original pocket door entry and wall allowed space for a 2’ deep wall-to-wall closet with shelving for storage of Jacquie’s extensive collection of seasonal décor and tableware.

With two bedrooms on the second floor, the Christiansens opted to turn the first floor bedroom wing into an expansive master bedroom suite, converting the second bedroom into a spectacular dressing room/closet for Jacquie. While the master bath retained its original footprint, furnishings were repositioned and renovated. The unwieldy soaking tub was removed to make way for a walk-in shower, while the former shower space gave way to a new, larger linen closet. The bathroom’s original linen closet was removed to install a pocket door leading from the bathroom to the new master closet.

In the kitchen, cabinets were re-faced with new maple raised-panel doors adorned with crown molding and pewter hardware. Grey-veined, black granite tops, a linear-patterned glass tile backsplash with varying gray and black tones plus new appliances polish off the beautifully renewed space. Around the corner from the kitchen, a non-loadbearing pillar was removed allowing for an extension of the existing bar area where a refrigerator and icemaker were installed.

At the back of the home adjacent to the kitchen, the family room experienced a dramatic renovation with the removal of the existing standard slider and two existing windows to make way for a wall of glass formed by a custom 17' stackable sliding glass doorway. Three panels fold one into the other opening a seamless indoor/outdoor entertainment space. To enhance the views, Northwest Builders removed an obtrusive patio pillar which required reengineering and reinforcing the span with a heavier glulam beam. The Christiansens have maximized their stunning ridgetop view of a sweep of golf course greenery and the mountains beyond. While the Christiansens had the 20’ x 20’ addition plumbed to accommodate a bath should a future owner wish to convert the space to a casita, they largely put resale out of mind as they remodeled their home beautifully to suit their preferences and personal taste.

For more before and after photos of this home and other remodeled homes from the SBCO Home Tour go to saddlebag notes.com.