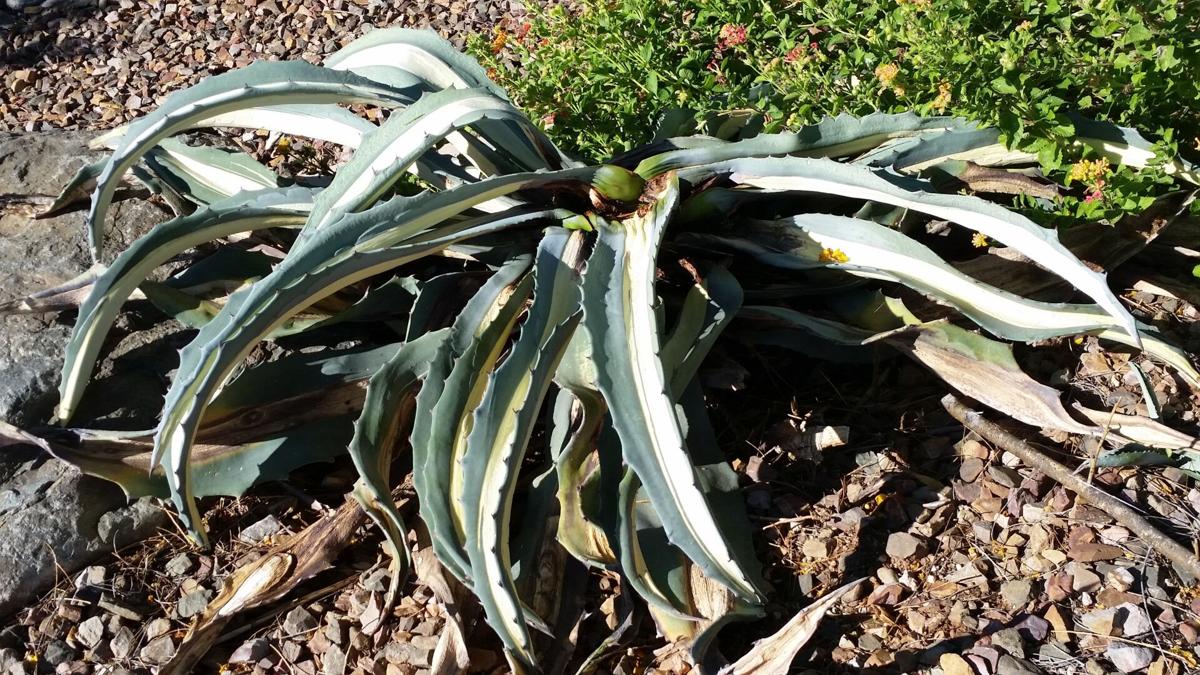 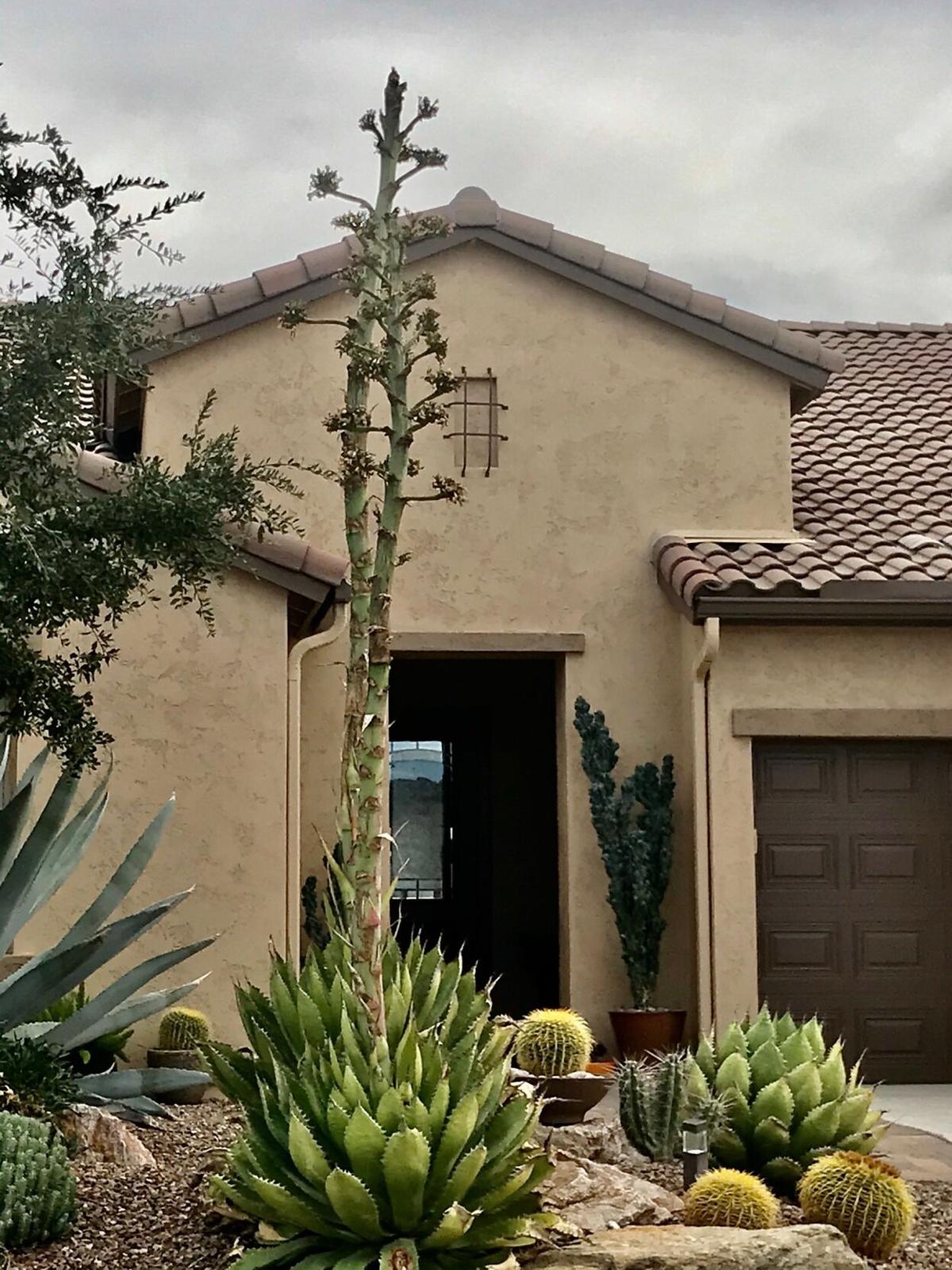 Recent monsoon rains brought much moisture and beauty to our thirsty desert, and with the rain came mosquitos, gnats and black beetles that carpeted our streets after the storms. Most of these critters are thinning out, although the Agave Snout Weevil (Sycphophorus acupunctatus) seems to have found its way into a number of agaves in the past few weeks. I’ve witnessed the demise of several once beautiful, young, and strong Agave americana, also known as century plants, that have literally turned to mush from the inside out.

Sadly, there is no early warning system for this phenomenon. The weevil may arrive via nature or embedded in the roots of an agave purchased from a nursery. The weevils are about 15-millimeters in length and black in color. The female lays eggs in the spring and the larvae begin to feed on the core. They seldom are visible since they bore into the heart of the plant.

The weevil usually follows a pattern of opportunity; drilling into Agave americana before and during its dramatic flowering and eventual death. “The sugars are at their richest to support the bloom, thus the weevil sees that plant as the most effective to nourish the young larvae,” says SaddleBrooke Ranch Master Gardener, Zann Wilson. But plants that are scattered throughout the Ranch and have died have been smaller and not in the process of producing a flower.

Carl Olson, Associate Curator Emeritus at University of Arizona, has studied the weevil for much of his career. “They (weevils) wander in search of agave that taste good, which are those in bloom. Unfortunately, Agave americana has been so heavily bred for fast growth that it has lost most of its natural chemical defense,” says Olson. This leaves the plant susceptible to the agave weevil and the wilting disease is passed along.

Should you have an agave that has been infected remove it from your property. Dig up the plant and have a wheelbarrow nearby. Place a tarp around the plant and put it in the wheelbarrow. You’ll need to dig another 12-inches or so to the base of the plant until you see no grubs. Destroy any grubs or weevils in the tarp or wheelbarrow, transfer to heavy duty trash bags and seal. Finally, drench the soil where the agave was with a natural pesticidal compound. If you have nearby neighbors who also have agave, you might let them know to keep a watch on their plants since there is no guarantee that all of the weevils have been removed.

Agaves provide dramatic, ornamental texture to desert gardens and are increasingly desirable. Olson’s advice is to plant other species of agave that have a natural chemical defense to the weevil. “Insecticides are worthless and more harmful than anything. They don't solve the problem because the problem is weak plants,” Olson adds. Agave species that are not in the americana group include Agaves reginae-victoriae, bracteosa, schidigera, parryi, and victoriae-reginae, to name a few.

SaddleBrooke/SaddleBrooke Ranch Master Gardeners are volunteers trained under the auspices of the University of Arizona, Cooperative Extension, Pinal County. We offer educational programs and classes to residents of our communities.

Need advice or have questions about your own garden? Send an email to planthelp@arizona.edu. In your email, be sure to include your name, address, phone number and photos of your issues.