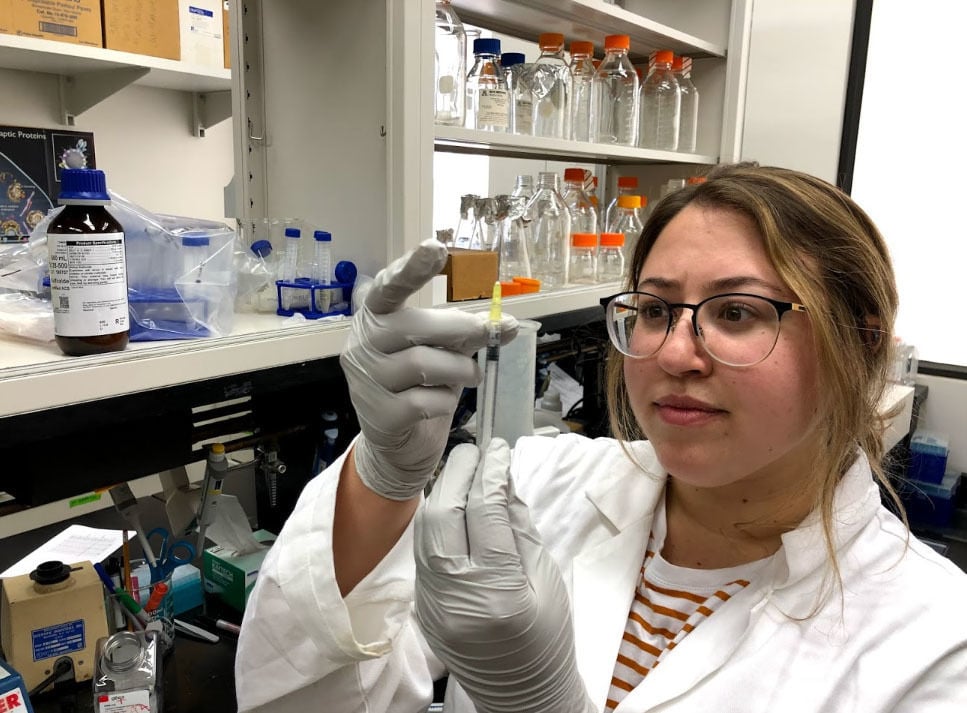 According to the National Institute on Drug Abuse (NIDA) “Over 130 Americans die per day from an opioid overdose.” This staggering number only increases as the opioid epidemic continues. In response, scientists have engaged in a new frontier of research that is dedicated to finding pain management therapies that work as non-addictive alternatives to opioids, improve opioid therapy, or treat opioid use disorders like addiction and withdrawal.

Dr. John Streicher’s pharmacology lab at the University of Arizona is part of this effort in the scientific community to fight against the opioid epidemic. While most opioids target mu-opioid receptors, which causes both pain relief and side effects like addiction, Dr. Streicher and his team have targeted the interaction of mu and delta-opioid receptors into a higher-order “heterodimer” unit. It was thought that the mu-delta heterodimer acted to repress pain relief and promote side effects, suggesting that blocking this target could improve opioid therapy and treat opioid side effects. However, no drugs existed which selectively blocked this target, so the Streicher lab team designed a compound called D24M which selectively blocks the heterodimer

“In the future, D24M could be used as an effective co-therapy for pain management” Dr. Attila Keresztes, a postdoctoral fellow in Dr. Streicher’s lab, is excited about the promising results that D24M has shown.

While there is still more research to be done, D24M could be an important tool to help fight the opioid crisis.

In Arizona, the rate at which opioid-addicted babies are born has increased fivefold over the past few years. Neonatal abstinence syndrome (NAS) occurs when a fetus is exposed to illicit drugs, most commonly opioids, in the womb. The drug abuse of the pregnant mother leads to the dependence of the unborn child which causes complications before and after birth such as physical defects, seizures, poor intrauterine growth, and premature birth (Stanford Children’s Health, 2019). Madison Sieffert's work in Dr. Streicher’s pharmacology lab includes testing the efficacy of an opioid antagonist called D24M to reduce or eliminate neonatal abstinence syndrome.