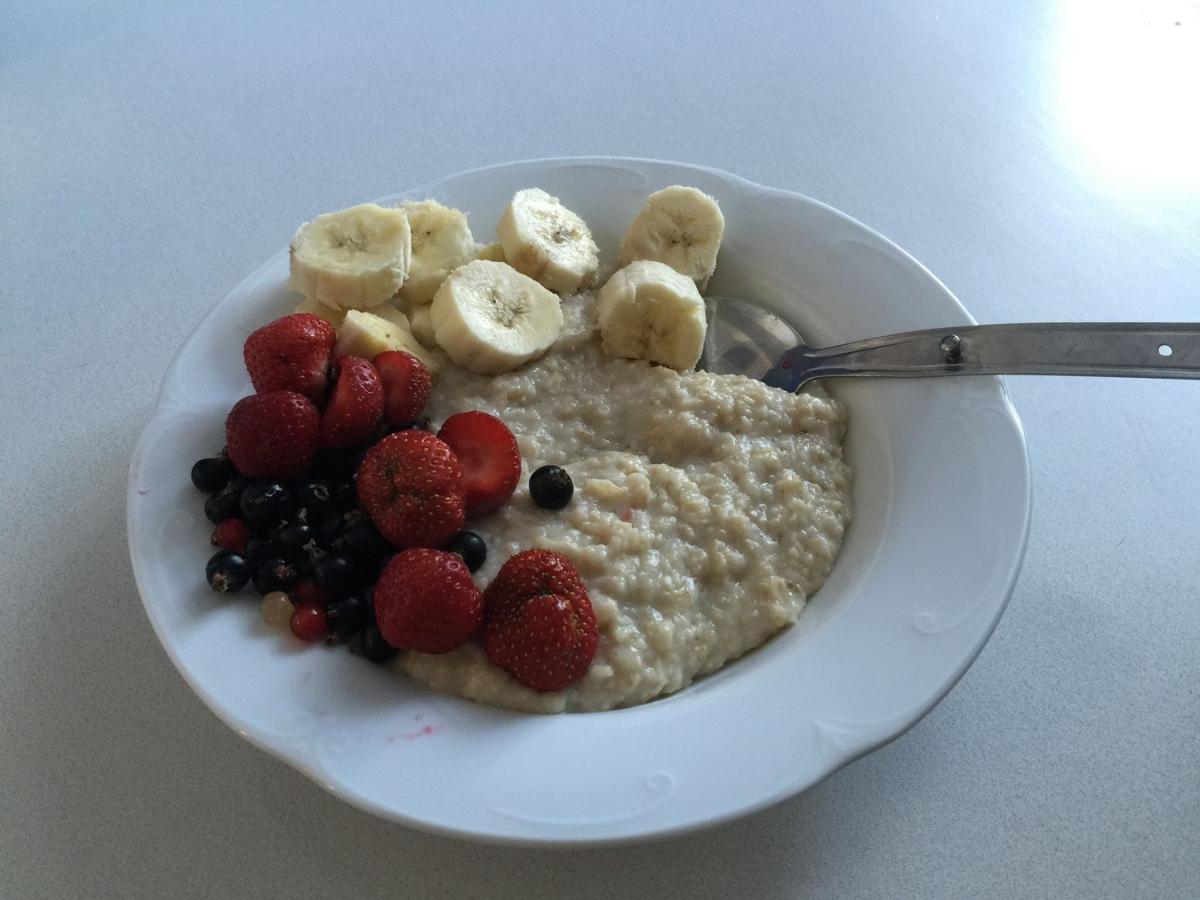 Breakfast Porridge with Berries and Bananas.

Breakfast Porridge with Berries and Bananas.

I am hopeful that you are already aware of the valuable role whole grains—like brown rice, oats, and whole wheat—play in a healthy diet. You may know that these grains provide fiber and a wide variety of plant nutrients. But do you know that recent studies have found that modern grains' predecessors have even more health benefits? These benefits include reduced inflammation, reduced disease risk (both heart and cancer), and improved blood sugar regulation.

What Are Ancient Grains?

Ancient grains are a group of grains and pseudocereals (seeds that people consume like grains) that have remained mostly unchanged for thousands of years.

Ancient grains include amaranth, barley, buckwheat, farro, freekeh, Khorasan wheat (Kamut®), millet, quinoa, rye, sorghum, spelt, and teff. Heirloom varieties of some common grains —purple barley, red and black rice, blue corn — might also be considered ancient grains. Though some of these may sound "weird," I assure you that people the world over frequently consume grains like sorghum, teff, millet, and amaranth.

I don't have space in this article to provide nutrition information about each of the grains, so I'll keep the information general. If you are inspired to learn more, check out this article at https://www.healthline.com/nutrition/ancient-grains.

Amaranth, buckwheat, millet, quinoa, sorghum, teff are all naturally gluten-free, thus are excellent options for people with Celiac disease. Many people who claim that they are sensitive to gluten may find that they can enjoy these grains without discomfort. Scientists have linked sorghum consumption to diabetes and cancer prevention. Also, it is more abundant in antioxidants than many other grains. Millet is the smallest of all the grains, cooks quickly, and is less chewy. Consider making the delicious breakfast porridge recipe made from millet (adjacent). Protein-rich amaranth, buckwheat, and quinoa are the seeds of a flowering plant. Still, their nutrition profile allows for classification as a grain.

The grains farro, Kamut®, and spelt are staples in the Mediterranean Diet. Compared to modern wheat, they are more abundant in plant nutrients, minerals and fatty acids. All three are good sources of fiber and protein. Freekeh is durum wheat harvested while it is green and then toasted. It is a good source of the antioxidants lutein and zeaxanthin, which are both critical for eye health.

The Mediterra Bakery in Coolidge, Arizona, crafts bread from ancient grains grown in Arizona. The bakery is open to the public, and a few bread varieties are available at Whole Foods Market. Also, you may want to visit Hayden Flour Mills in Queen Creek virtually or in-person. They raise ancient grains, sell the flour, and process mixes and crackers made from the flour. You can find information on their website at https://www.haydenflourmills.com/about/.

If you aren't going to cook the grains right away, you should store them in your freezer. Once cooked, whole grains freeze beautifully. Portion the cooked grains into bags and freeze flat for easy defrosting. If you cook one new grain a week, at the end of the month, you will have a selection of four new grains in your freezer.

To learn about more of the benefits of whole grains, and to find more information on the numerous whole grains, visit the Whole Grains Council website at https://wholegrainscouncil.org/whole-grains-101.

Millet is considered one of the world's healthiest foods. If not cross-contaminated, it is a gluten-free grain and is very high in fiber and protein. The recipe can be made in advance, refrigerated in portions and reheated with additional liquid.

Drain the millet and add it to a medium saucepan. Toast the millet over low to medium heat, until it is slightly browned and gives oﬀ a nutty aroma, about three to five minutes. Be careful not to burn the millet.

Add the water and cinnamon to the saucepan with the millet. Raise the heat to medium-high so that the water will start to boil. Once the water is boiling, turn the heat down to low and cover. Let the millet simmer for approximately 20 minutes, or until it becomes creamy and the water has been absorbed. Remove from the heat and leave the cover on.

Measure soy milk in a microwave-safe measuring cup. Microwave on high for 45 seconds to warm milk. Whisk in the peanut butter together. Microwave for another 30 seconds and then stir into millet. Add mashed banana and honey (if using).

Return the millet to low heat for one to two minutes until warmed through.