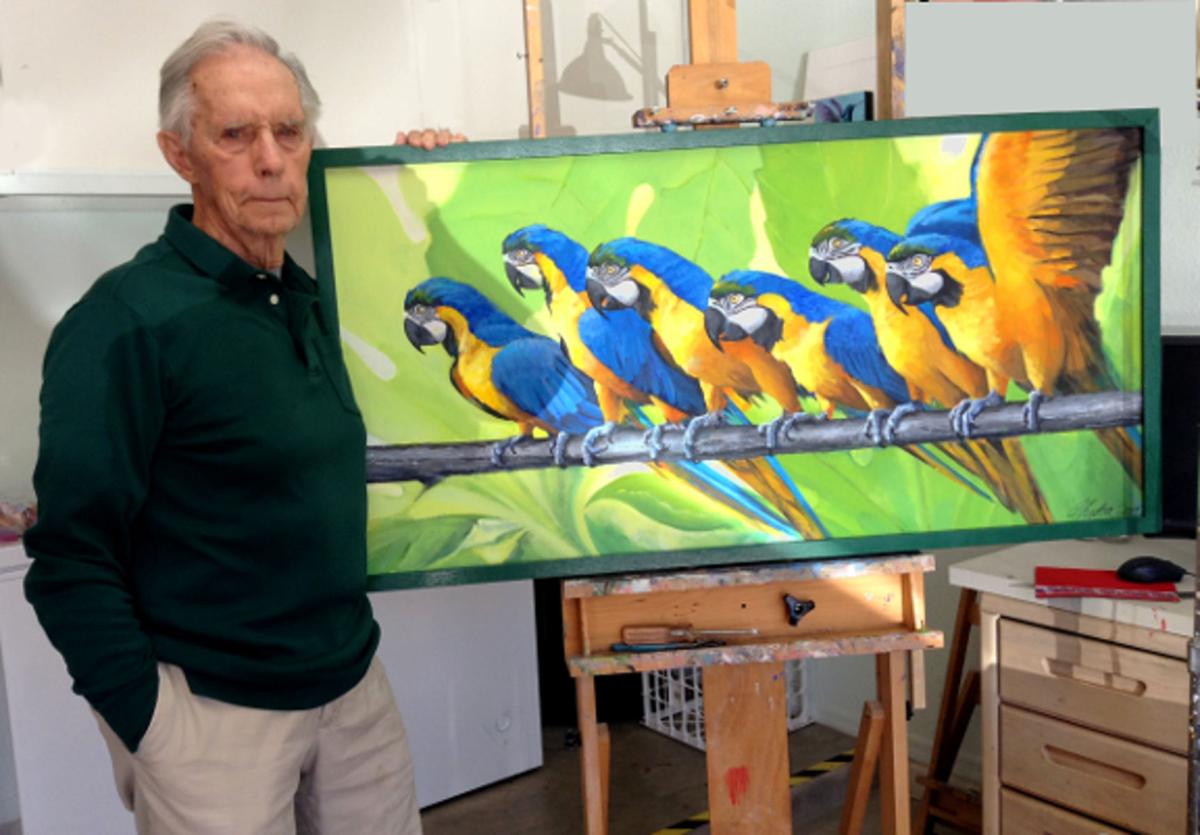 Don Chuba with his award-winning painting

Don Chuba with his award-winning painting

Don Chuba’s story is not only about SaddleBrooke through the years, but also the

How They Got Here

Don and Nancy’s son was a student at Arizona State and urged his parents to move here. They didn’t really care that much for Phoenix, so they decided to check out Bisbee. On the way to Bisbee, they noticed some billboard ads for SaddleBrooke and decided to check it out. Like everyone else, when they came down off the hill, they were awed by the views. They stayed as guests in HOA#2, got the Robson DVD and brochures and came back the following year to purchase their home.

Don worked for the Notes for about four years beginning in 2000. Don had been a professional graphic designer when he and his wife, Nancy, moved to SaddleBrooke in 1998. He recalls walking in to the SaddleBag Notes office in Catalina to place an ad when the editor, Toni Hite, recruited him to create advertisements. At that time the paper was in tabloid format and most of the ads were in black and white. “There were just the three of us, Don said. Toni created some ads, did some writing and the final composition of the paper. I helped with creating ads and there was a lady who was the office manager/bookkeeper. We all helped with proof reading.”

“Some advertisers phoned or emailed there ads in. Most just came into the office to drop off their articles and ad material. It got to be very social and I got to meet a lot of great people. We would work like crazy for 10 days, putting in long hours, but finally getting everything put together just in time for the volunteers to deliver the paper. Then we did it all over again the following month.”

Career as a Graphic Artist

After being discharged from the Army when the Korean War ended, Don got a job as an apprentice in an art studio in Detroit for $40 a week. There were no computers at that time; and Don remembers too well the arduous and time-consuming process of manually cutting and pasting ads. Clients would frequently demand changes by the next morning that required Don and his colleagues to work through the night. “We did everything the old fashioned way,” Don said “pastels, colored pencils, ink, and lots of rubber cement.”

Eventually Don and his family moved from Detroit to Ann Arbor where he went out on his own, creating ads, brochures, etc. for Ford, The University of Michigan, Domino's Pizza, and Champion Spark Plugs and others.

Don continued working after moving to SaddleBrooke, but finally stopped working altogether about a year ago and has been able to devote more time to his painting. You can find Don's works on the SaddleBrooke Fine Arts Guild website (saddlebrookefinearts.org). His painting of Parrots recently won Best of Show at the 2018 Southern Arizona Watercolor Guild “Share Our Walls” exhibition.

If you would like to share your story about earlier times in SaddleBrooke and how you came to live here, send your articles to saddlebagnotes@tucson.com