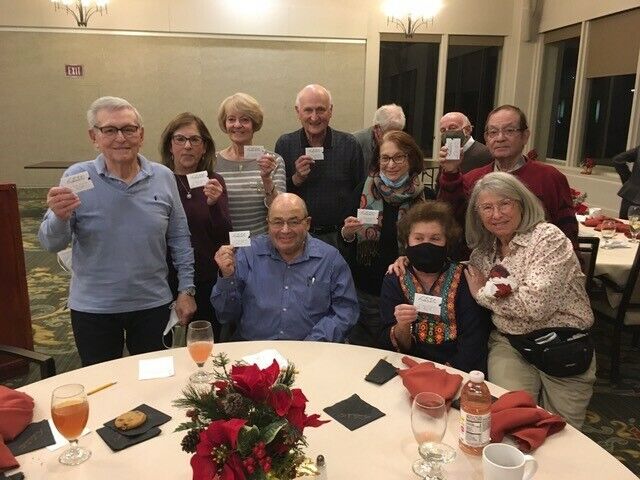 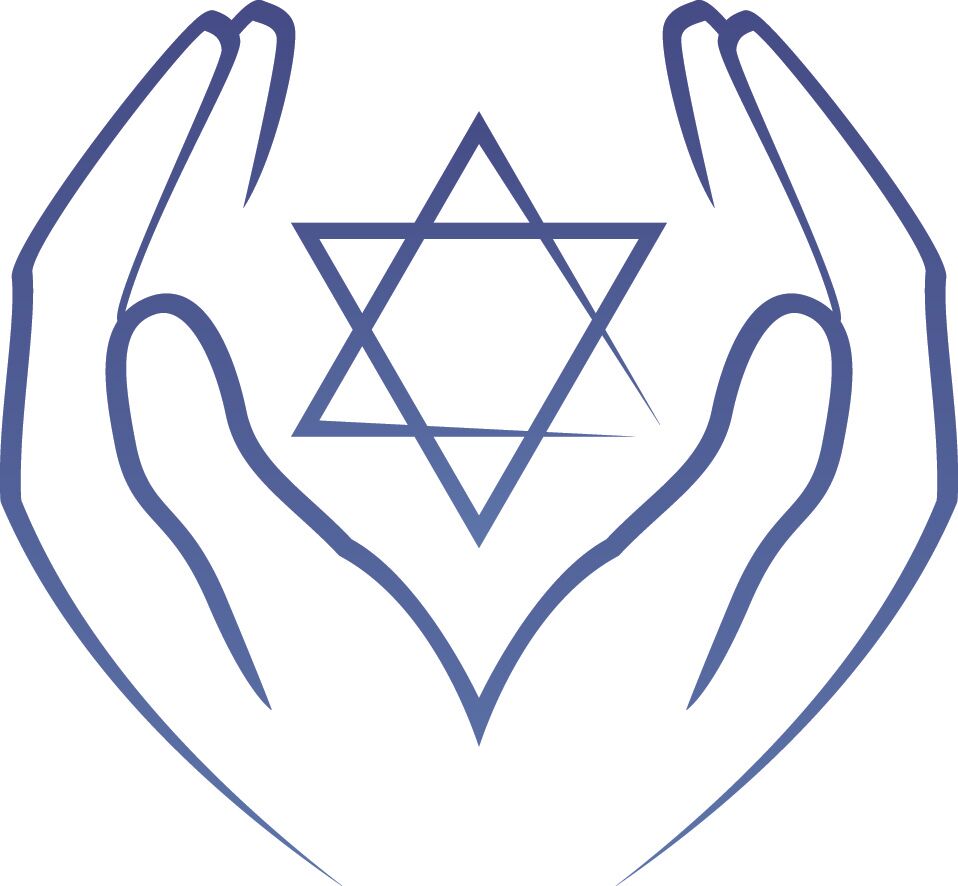 The Jewish Friendship Group is alive, very well and thriving. The in-person activities began on Monday, November 29, 2021 with a short annual meeting and a Chanukah dinner and celebration. The dinner choices were brisket or salmon, which were both delicious; so were the tasty carrots in brown sugar and hash browned potatoes. Next year, someone must teach the HOA #1 Chef how to make true potato latkes (nominations and recipes are welcome).

In addition to the joy of seeing and hugging friends again after such a long drought, members lovingly brought gifts for the children in the Diamond Center. The gifts filled the back of an SUV and such generosity brought tears to the eyes of those accepting them at the Diamond Center.

On Thursday, December 9, a dozen women met at the home of Rhoda Kaplan to discuss Exile Music by Jennifer Steil. No-one in the group needed to be educated about the Shoah and the problems as well as the relief of leaving Europe during the 1940’s. However, the main discussion centered around the angst of culture shock when a family leaves a world of culture and has to make a new life in a relative primitive environment. The discussion was lively. Our book group, scheduled for Thursday, January 13, was at the home of Marilyn Anthony. Kaddish.Com by Englander was the book discussed and the discussion was led by Barb and Jack Rosenthal.

The December Ladies’ Coffee was hosted by Esta Goldstein. As always, coffee, conversation and solidifying friendships was the order of the day. The January coffee was held on January 5 at the home of Debbie Flato. This was a member’s only event and was limited to 20 women.

The December JFG get-together was a Pizza and Trivia night on Wednesday, December 22. After plentiful pizzas (gluten free included) and salad, there were enough large chocolate chip cookies for seconds. President Marilyn Anthony was the MC of the Seventh Annual Trivial Night and purveyor of Jewish minutiae. Six teams vied for recognition as the most knowledgeable on all subjects Jewish. Suffice it to say that no Einsteins emerged, and the final scores showed that there were few “Mavins” of Jewish culture.

A short intermission was needed when Abby and Randy Green found out that they had just become grandparents for the first time. Thanks to modern technology, the new baby boy was presented to all from a photo taken halfway around the world. The announcement was followed by joyous and impromptu singing to the new grandparents.

The game resumed, the “artful” team named “The Wise Ones” was victorious and were presented with trivial winnings.

January 2022 will continue to provide enough events to keep everyone busy. In addition to the Book Group and Ladies’ Coffee, a dozen Jewish Friendship Group members will be able to tour the new Alfie Norville Gem and Mineral Museum in the historic old courthouse in downtown Tucson. A docent will provide background information on the collection of gems that outgrew its home on the U of A campus. A lunch stop is planned for the return home.

Looking ahead, on Wednesday, February 9, 2022, Jack and Barbara Rosenthal will present a lecture and slide presentation on the Jewish Communities of India. The presentation is scheduled to be in the Coyote Room at the HOA #1 Club house at 4:30 p.m. Because of COVID restrictions and the size of the room, seating may be limited. Anyone interested in attending should contact Marilyn Anthony.

Finally, the annual potluck is planned for Wednesday, March 23.

The Jewish Friendship Group welcomes anyone interested in gathering with like-minded SaddleBrooke friends. For further information, you may contact Marilyn Anthony via phone at (520) 812-1455.