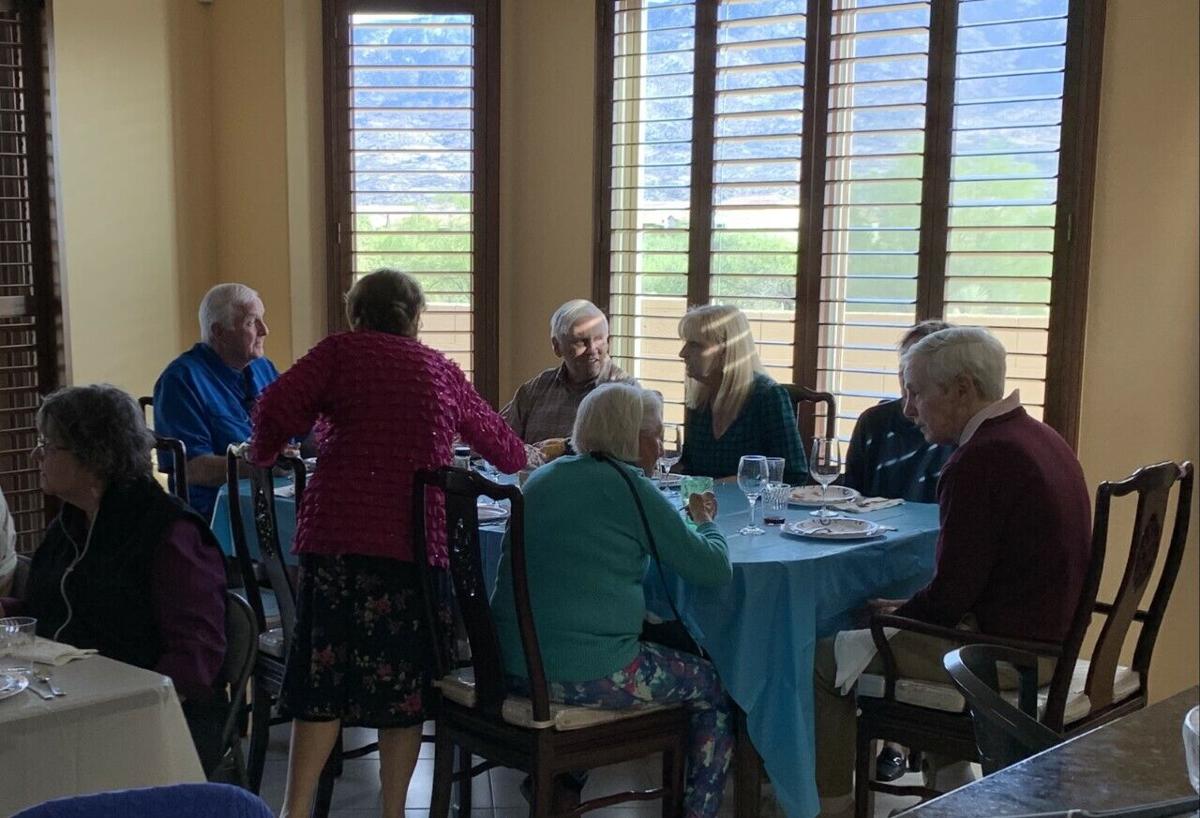 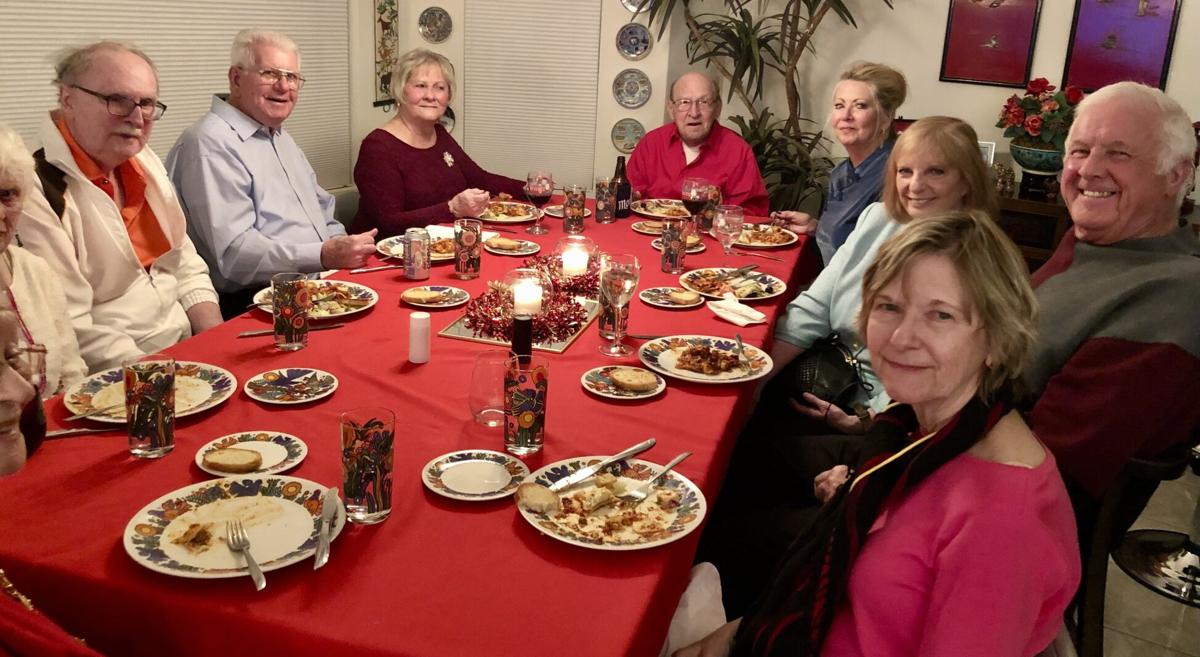 Singles Club Holiday get together.

Singles Club Holiday get together.

Members of the SaddleBrooke Singles Club had many opportunities to socialize with one another while celebrating the holiday season. Sixteen attended the Thanksgiving dinner hosted by the Club’s President. In addition to the traditional fare of turkey, cranberry sauce, mashed potatoes, stuffing, salad, sweet potato and green bean casseroles and both pumpkin and pecan pies, one nonconventional attendee brought chicken fried rice (it’s a Wisconsin thing), and several others brought appetizers and rolls. No one left hungry and, as the hostess’s motto is “it’s always wine o’clock at my house,” no one left thirsty either. A scant two weeks later, twenty-five members attended the Club’s Christmas party at the elegant home of Arlene DesJardins. In addition to the delicious dinner of garlic bread, lasagna, salad and tiramisu, attendees participated in the White Elephant gift exchange. The elevated quality of the gifts did not measure up to the purpose of this endeavor which, according to Esquire, is to “spark hilarity, disgust, and secret jealousy,” none of which was evident. Overt jealousy was, however, exhibited when one attendee lunged for the bottle of bourbon a prior participant had selected. His hopes were dashed when the hostess explained the rules of the exchange— you could only steal another’s selection prior to opening your own.

Members planned to attend a Christmas concert at the Gaslight and a New Year’s Eve event at the same venue featuring the Edwards Twins, famed celebrity impersonators, followed by a champagne toast at midnight (luckily for those of us whose normal bedtime is embarrassingly early, the toast is scheduled for midnight New York Time). Other plans include two distinguished speakers on the topic of “how not to outlive your money,” an esteemed doctor’s presentation on “the top 10 myths of health and aging,” a celebration of National Pizza Day with a pizza party, a “putting and pinot” event at the home of a member who recently had a putting green installed in his back yard, and a spring hike at Tanque Verde Ranch.

If you are single in SaddleBrooke and would like to socialize with a convivial bunch of similarly situated people, please join us at our weekly Happy Hour, Fridays at 4 p.m. Happy Hour has become quite the hot ticket, with the number of attendees straining the seating capacity of the SaddleBrooke dining establishments and causing F&B staff no end of grief. During odd months (January, March, May, July, September, and November) we meet for drinks and dinner at the HOA-1 clubhouse, and during the even months (February, April, June, August, October, and December) at HOA-2 in the Mountainview Clubhouse. Some members also attend Happy Hour at the Preserve (on the patio during the warmer weather, and inside when it is colder). Due to temporary closings and/or prior bookings, check first before attending. For more information, send an email to Hazel Staloff at hazelny@msn.com.