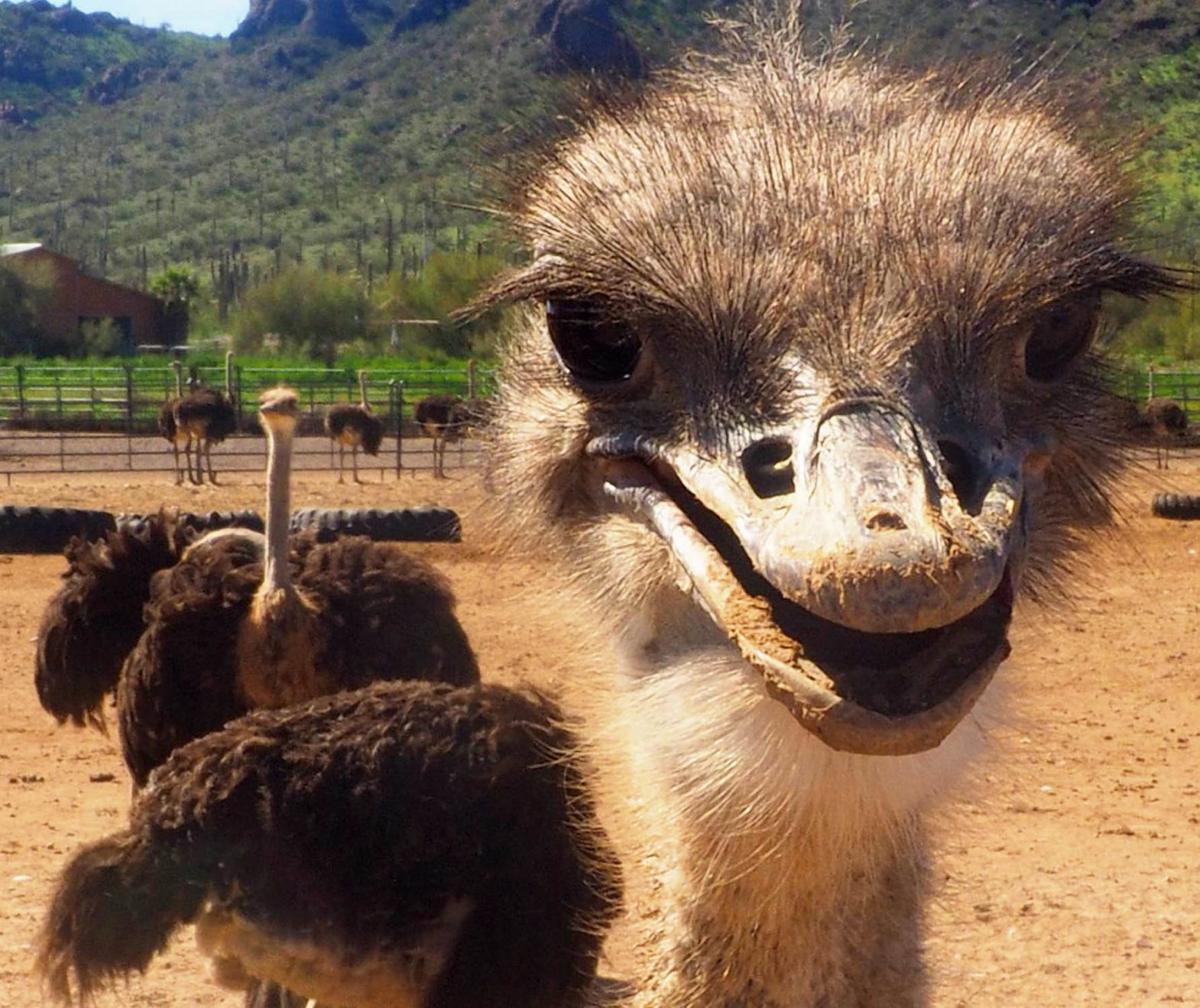 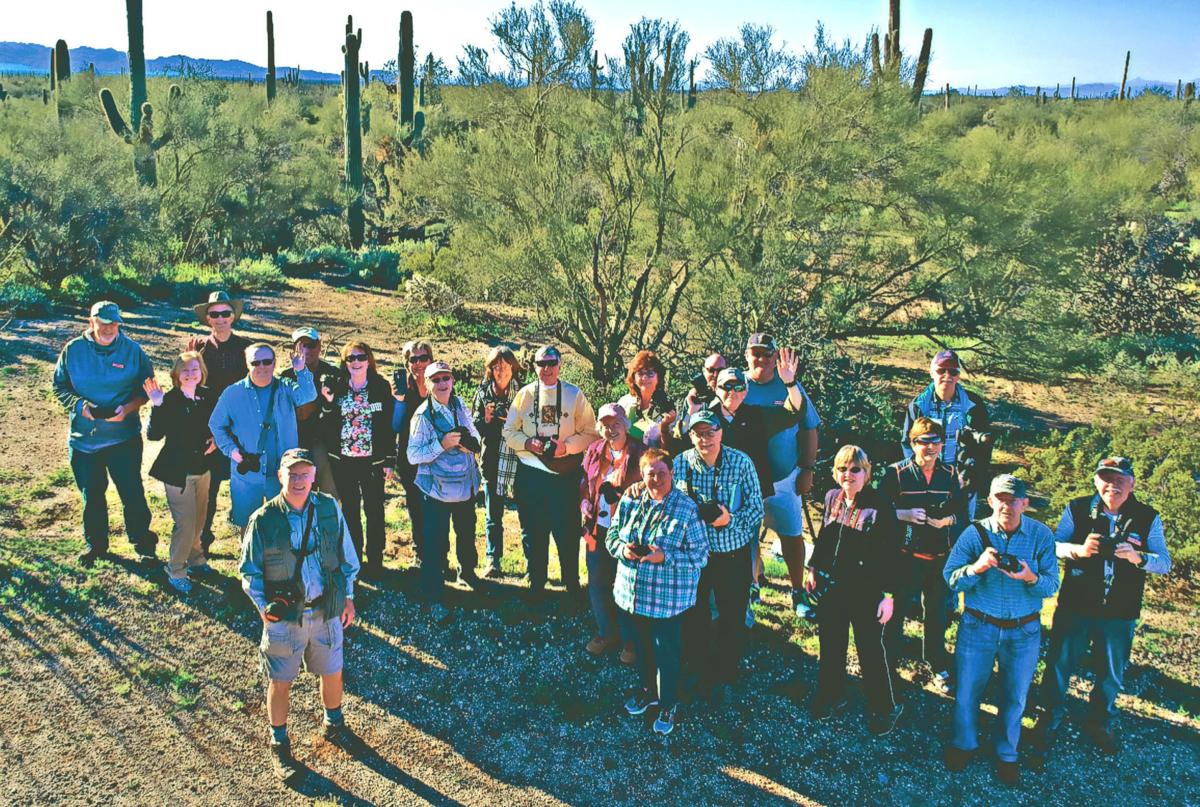 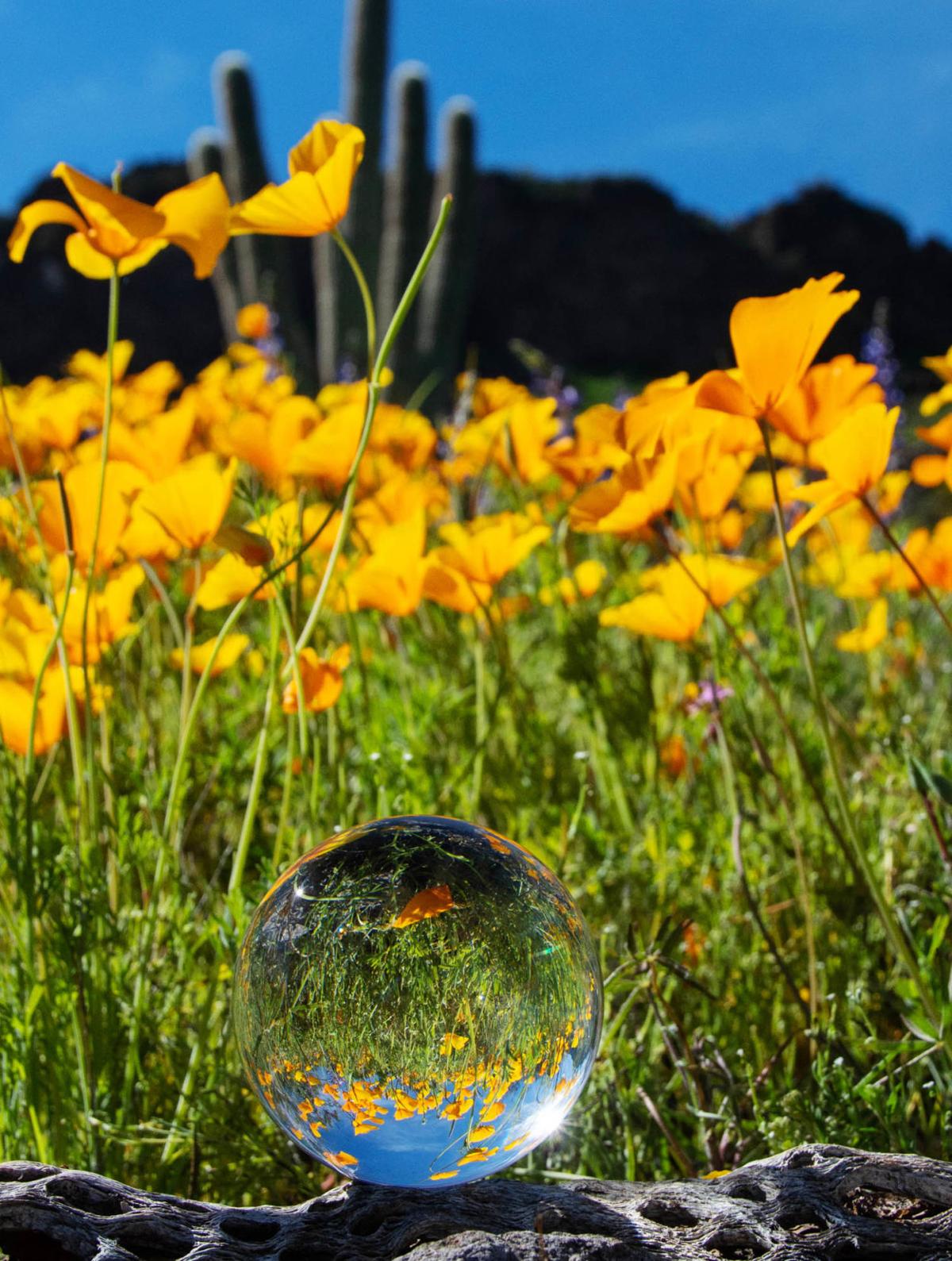 Thursday, Feb. 28, a group of 23 SaddleBrooke Photography Club members met at MountainView parking lot and carpooled to Picacho Peak to capture the color and splendor of the spring wildflowers. The outing was arranged and hosted by Bernie Nagy, one of the founding members of the club. Along the way the group stopped at mile marker 11 on East Park Link Drive to photograph the Lupines carpeting the roadsides. After arriving at Picacho State Park’s entrance, the photographers went to several locations to capture the wildflowers along the trails, meadows and hillsides. With the warm weather and sunlight, the masses of bright yellow and orange Poppies seemed to glow with color. Starting out, the group hiked part of the Sunset Vista Trail and were awe-struck by the vistas of Saguaro and rugged peaks.

Not only the views high and in the distance, but low and to the ground offered subjects to photograph. Besides the fields of Poppies dotted with Lupines, white Desert Chicory, white Jewelflowers, pink Filigree, purple Scorpionweed, yellow Fiddlenecks and Bladderpods, and of course the ever-present Brittlebushes and Creosote bushes were in bloom. The photographers continued shooting at several more locations and broke into smaller groups with “pros” Bernie Nagy, Tim Butler, Roddy and Barbara Wilder, giving pointers to newcomers and beginners. All kinds of equipment were used from professional cameras, to point-and-shoot models, and smart phones.

Around noon the club members paused for a picnic lunch at the Sunset Day Use area sharing their images and thoughts of the trip. “Thank you, Bernie, for all the planning you did for the terrific field trip! Great fun and what a spectacular day!” commented Susan Dinga. “Strong poppy crop this year at the Picacho Park. Exciting when the camera does what you are thinking it will do or sometimes even better!” chuckled Mark Guinn.

But the day was not over yet. Some of the members continued on to the near-by Rooster Cogburn Ostrich Ranch. Here the many animals with their antics brought smiles and some laughs and were great subjects to photograph. Miniature donkeys cocked their heads with mouths wide open showing their teeth. Ostrich with goofy expressions bobbed their long necks up and down along the fence waiting to be fed. Lorikeets with brilliant blue, green and red plumage flitted around their habitat landing on spectators’ heads, shoulders and hands as if they were some kind of strange trees for roosting. All in all, it was a delightful outing and the photographers returned home with countless images, fond memories and with new-founded friendships.

The SaddleBrooke Photography Club is open to all levels of photographers and has open studio Wednesday and Friday mornings in the Agate Room of HOA#2. There are also planned outings throughout the year and a general meeting once a month. For more information in joining the club, check the website, www.SaddlebrookePhotographyClub.com.