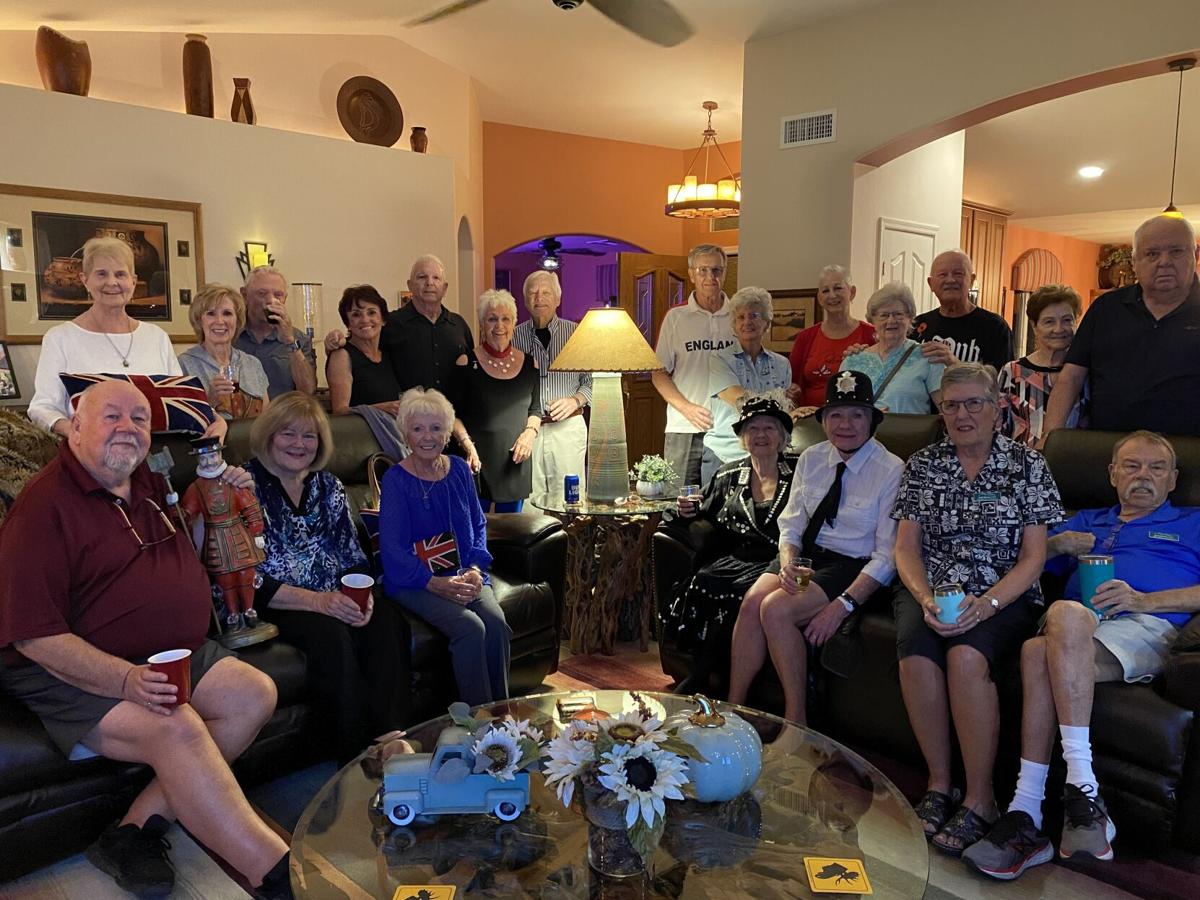 On Sunday, November 14, 21 members of the British Club gathered together for a wonderful potluck Pub Night at the home of new members, Chris Haines and Judy Kendall. We even had our very own Pearly Queen, Ethel Willmot! Members brought a delicious selection of food, including sausage rolls, devilled eggs, shepherd's pie, chicken pot pie, toad in the hole, a selection of finger sandwiches, fresh vegetable platter and dip, shrimp with cocktail sauce, a three-bean dip, meatballs, and antipasti plates. For dessert, there was a delicious trifle and a wonderful selection of cheesecakes!

As usual a good time was held by all! Everyone thanked Chris and Judy for having this very enjoyable evening in their lovely home.

Eventually, once the COVID-19 restrictions have eased more, the British Club will resume their games hosted during the afternoons every second and fourth Friday of the month. They will have a social event in the bar area at SaddleBrooke Clubhouse, which includes the following activities: Canasta, Mexican Train and maybe Bridge from 1 p.m. to 4 p.m. This is followed by a social hour and a bar meal.

Membership is open to any person who was born in Britain or The Commonwealth or holds or has previously held a British passport, and is a current homeowner of either SBHOA1 or SBHOA2. The Member’s spouse or partner may be of any national origin.

The British Club now has 33 members from the following Hometowns: