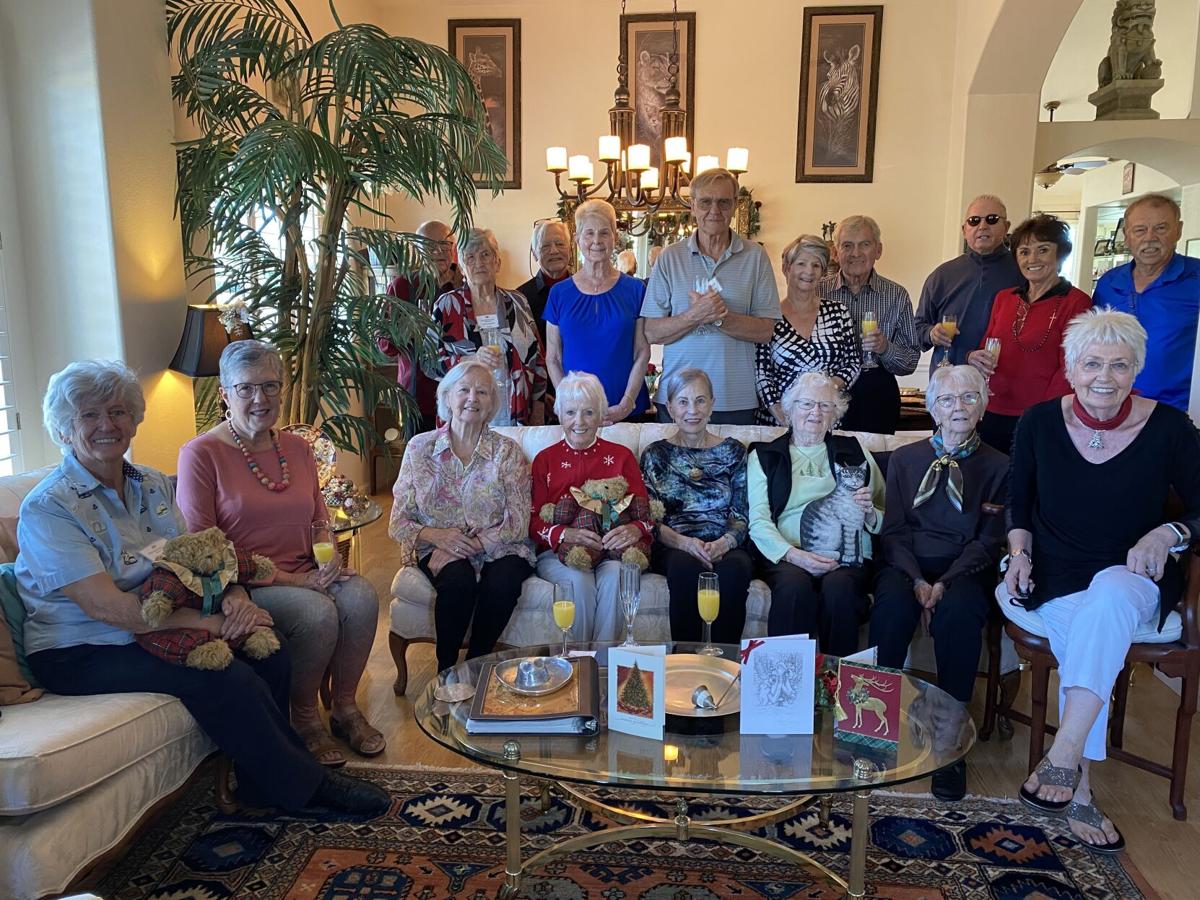 Ethel Willmot distributed her home made, delicious Christmas Puddings to Members who had placed orders earlier in the year. Finalizing the holiday morning, everyone sat around the fire with the Christmas tree, and sipped a Prosecco mimosa toast, wishing everyone very Happy Holidays, and a Happy, Healthy New Year 2022.

Everyone thanked Twink and Bob for inviting them into their home for this very enjoyable Christmas Coffee Morning and Book Exchange.

Eventually, after the COVID-19 restrictions have eased more, the British Club will resume their games afternoons every second and fourth Friday of the month. They will have a social event in the bar area at SaddleBrooke Clubhouse which includes the following activities: Canasta, Mexican Train and maybe Bridge from 1 p.m. until around 4 p.m. This is followed by a social hour and a bar meal.

Membership is open to any person who was born in Britain or The Commonwealth or holds or has previously held a British passport and is a current homeowner of either SBHOA1 or SBHOA2.

The member’s spouse or partner may be of any national origin.

The British Club now has 40 members from the following Hometowns.