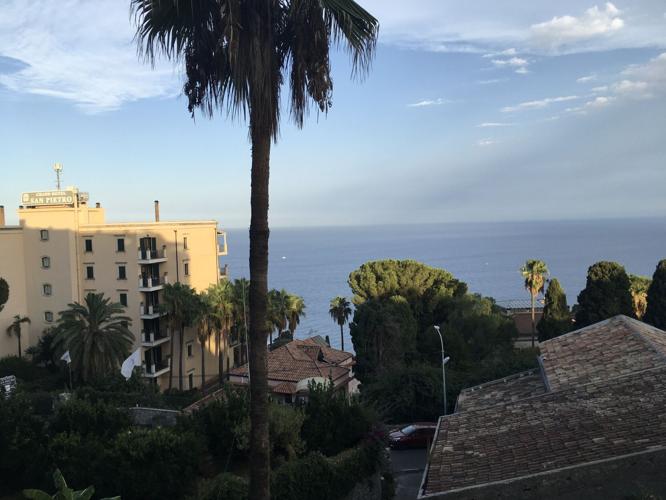 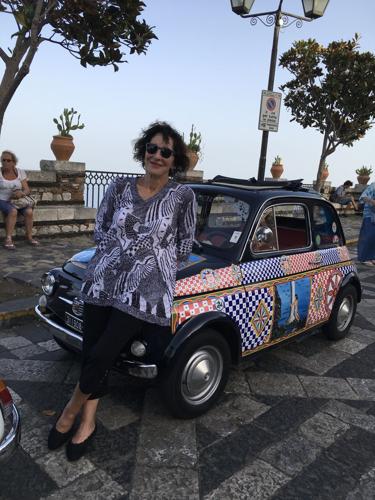 Having fun in old fiat. 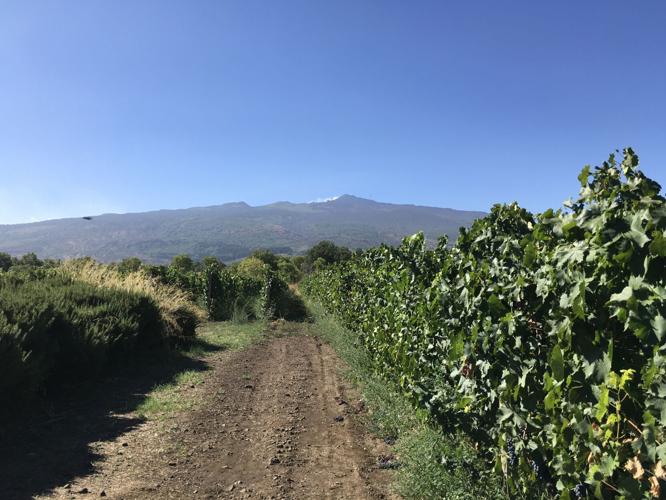 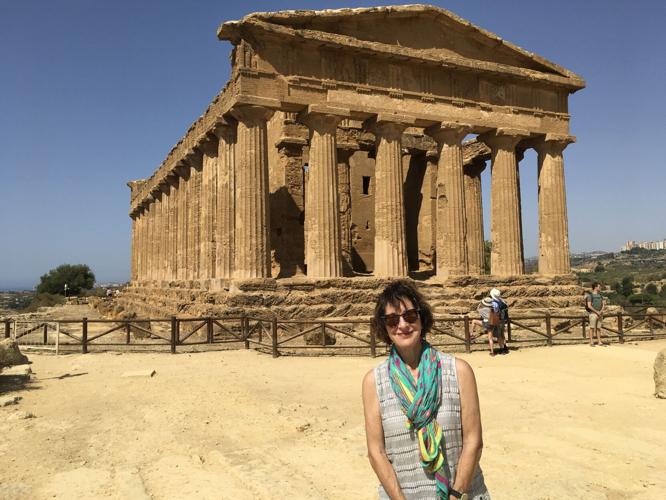 Having fun in old fiat.

Sicily is an island in the Mediterranean Ocean, and as we know, part of Italy. But having just come from a wonderful trip there, it is easy to think it is its own special kingdom. This island of five-million-people has one of the most remarkable historical backgrounds ever. Over thousands of years of history, starting back in 750 BC, it has been dominated for centuries—not just by one conqueror (like Spain for 300-years over Mexico) but by many forces, each leaving remarkable cultural impacts and archeological sites…Phoenicians, Greeks, Romans, Byzantines, Arabs, Normans, to name a few. Most of the significant ruins have been identified as UNESCO sites and we were able to enjoy six of the seven there.

Palermo is the capital and largest city situated on the northwest coast and Catania is the second largest city on the southeast coast. We flew into Catania, and went directly to Taormina (named for a bull-like rock at its base) which is situated high above the sea. What a charming city, bustling with shops, restaurants and tourism! One of the key sites there is the Greek theater, altered later by the Romans, which is carved into mountain rock looking out to the sea.

We chose a beautiful hotel with a marvelous ocean view. One of our best experiences was riding around near sunset all over the town in 1950’s vintage Fiats, stopping here and there to enjoy some wine and take in the views. Our final stop was in Castelmola, a tiny town, perched on the mountaintop. Mount Etna is not far from Taormina. Even Mt. Etna is considered a UNESCO site as it is the highest (over 11,000-feet) and most active volcano in Europe. Sicilians refer to it as Mama Etna and at any time it can spew out white ash, covering different areas depending on which way the wind is blowing.

In that region you can find many vineyards huddled below the mountain. We enjoyed wine tasting at several and concluded with a five-course lunch (thank goodness for small plates!) paired with different wines of the region. From Taormina, we moved to a new hotel out in the country, a chic property created from a large old farming building (referred to as “masseria”).

We spent the next several days exploring a set of Baroque cities, all built into steep mountain sides…Ragusa, Modica and Noto, each with their own appeal. A most destructive earthquake occurred in 1693, which destroyed the towns and others in the area, so when you see them today, they are wonders of years of reconstruction and considered UNESCO site marvels. In the same area, there is Siracusa (Syracuse), once a vibrant Greek settlement and again a UNESCO site based on its archaeological ruins, particularly the large Greek theater. Our last stop was Palermo, but, on our way there, we detoured to see the magnificent Villa Romana del Casale (UNESCO site).

Here, hidden away is a massive Roman palace with many walls still standing since the fourth century. But the most impressive parts are the interior floors, which represent one of the richest and largest Roman mosaic sites in the world, which was discovered in 1929. Truly, this was amazing! The mosaics pictures are fascinating, depicting so many details of Roman life. While most of the tiles have faded over the centuries, you can still see so many of the tales (from walkways above), including one of “bathing beauties” (mostly in some sort of bikinis!). Phenomenal!

Palermo was a busy city. We had a visit to Monreale (royal mountain) where you find the Monreale Cathedral in Norman architecture, started by William II (King of Sicliy from 1164 to 1189). The entire interior is massive with every inch covered with depictions of Old and New Testaments in Bzyantine style mosaic art, much in gold leaf. They are still so bright and vivid… glorious to see them!

We also had a private tour of a 17th century Baroque palace by its resident princess/owner. The palace is under some serious renovation but most of it was dazzling with its frescoes, Murano glass chandeliers, Hall of Mirrors and its collections of silver, ceramics, porcelain, and furniture of the 17th and 18th periods.

Our last marvelous experience was a trip to the Valley of the Temples in Agrigento, south of Palmero on the coast. There, you felt you were in Greece as the Greeks had come around 551 BC, creating one of the first temples there, twenty-years before the Parthenon. By the way, while it is called “Valley”, the temples are not really in a valley, but on hills above the coastline. The ruins were dazzling—though you could not walk inside them—although, years back, our Guide told us when his parents married, their wedding photos were taken inside the second temple. Times have changed!

Watch for my next article on eating in Italy! Linda Stack lives in SaddleBrooke and can be reached via email at LLStack9597@gmail.com.