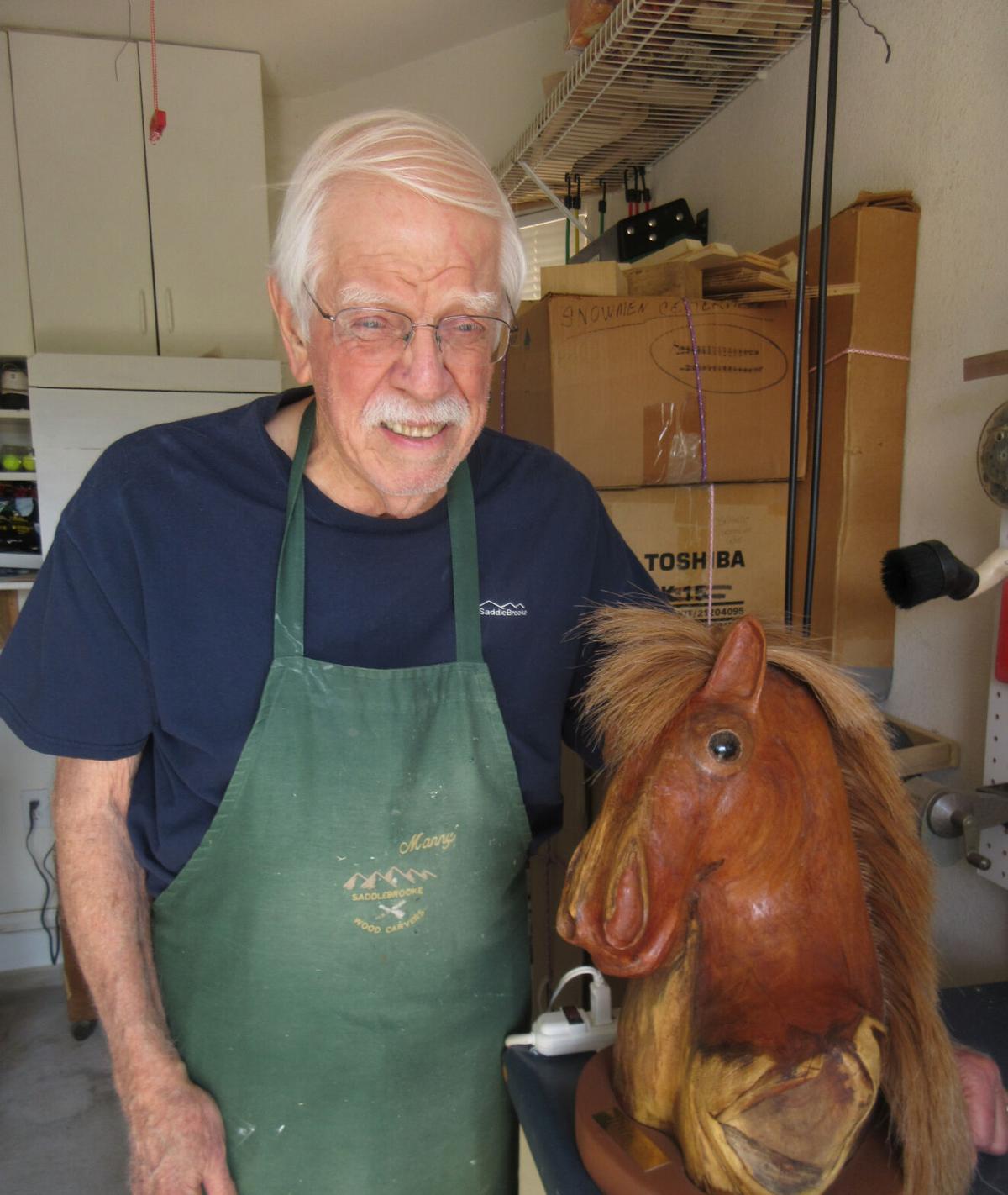 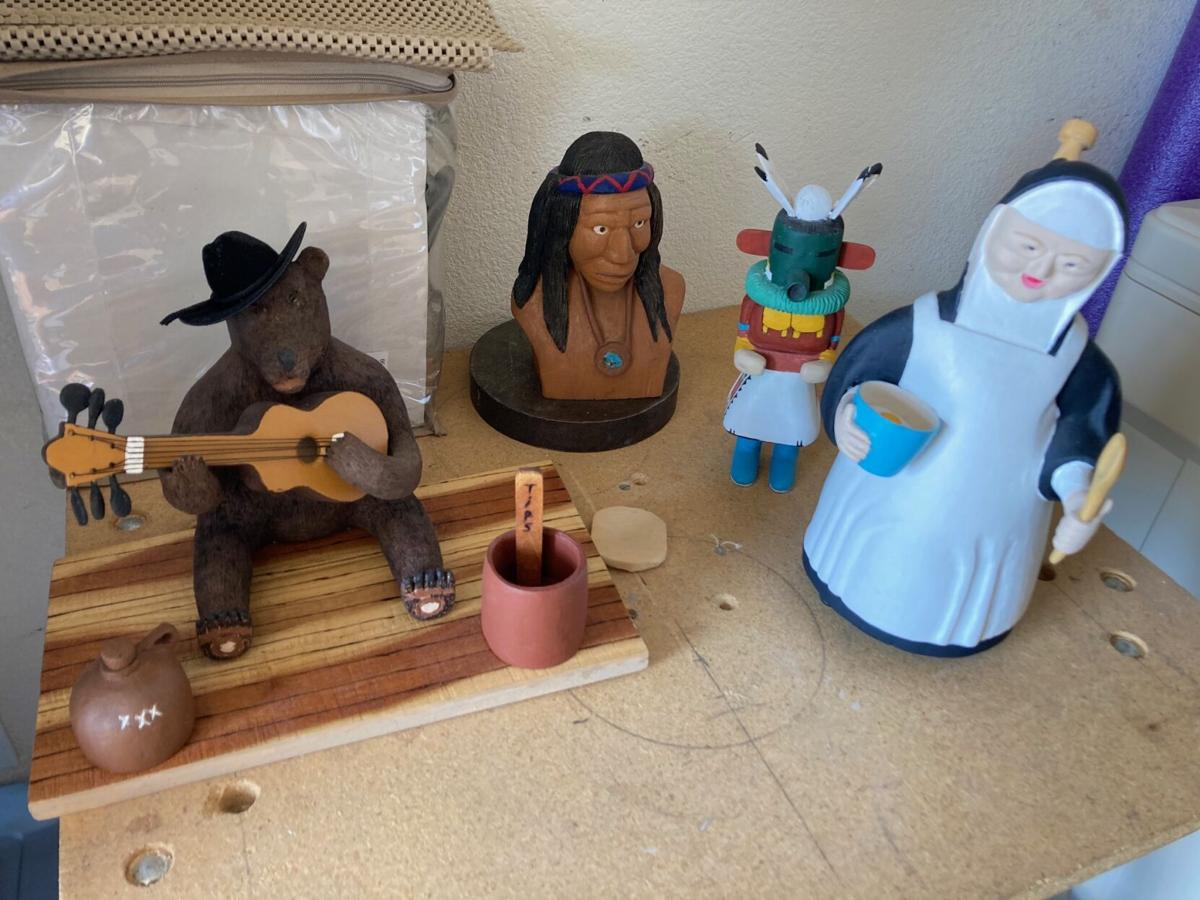 How many of you knew that there is a Wood Carving Club in SaddleBrooke? Since the beginning of SaddleBrooke, there has been a wood carving club and it seems like the best kept secret!

We have about 23 active members, and every one of them have carvings in the works. Some of their projects include animals, birds, Kachina Dolls, bowls, Christmas ornaments, Scene carvings, Cottonwood Bark carvings, and even car models. Some of our member had never carved before joining and some were very experienced. But all it takes to get started is a piece of wood and a sharp knife.

This is my first article so I would like to introduce one of our most senior members, Manny Conti. He is our club Vice-President, and a valuable part of our club.

Manny and his wife Ro came to SaddleBrooke in 1999 from Granada Hills, California. Manny worked in the grocery business but has had a lifelong love of cars and hot rodding. He also did car upholstery as a hobby. But he hadn’t ever been a wood carver until he joined the club in 2000. Since he started, he has many successful projects to his credit.

In the beginning, he started his carving career with club projects of basic carvings of a Monitor mouse, a coyote, and a Teal duck. These projects gave him confidence to venture into other and more difficult carvings.

His biggest accomplishment is his horse head that he carved out of a Mesquite piece from a tree in his front yard. It took several years to carve the head and then more than a year to create the main from real horsehair. His carving won a first-place prize at the Arizona Wood Carvers annual competition.

He has also carved Indian figureheads, Kachina dolls, and other smaller projects. His current Kachina doll projects are full of fine details and honor the true ideals of the Indian Spirit.

Now that you know of the SaddleBrooke Wood Carving Club, we hope that you come by to meet some of our members and join us. We meet Monday afternoon from 1 p.m. to 4 p.m. and all-day Tuesday from 9 a.m. to 4 p.m. in the Turquoise Room at Mountainview Center. See you soon!!