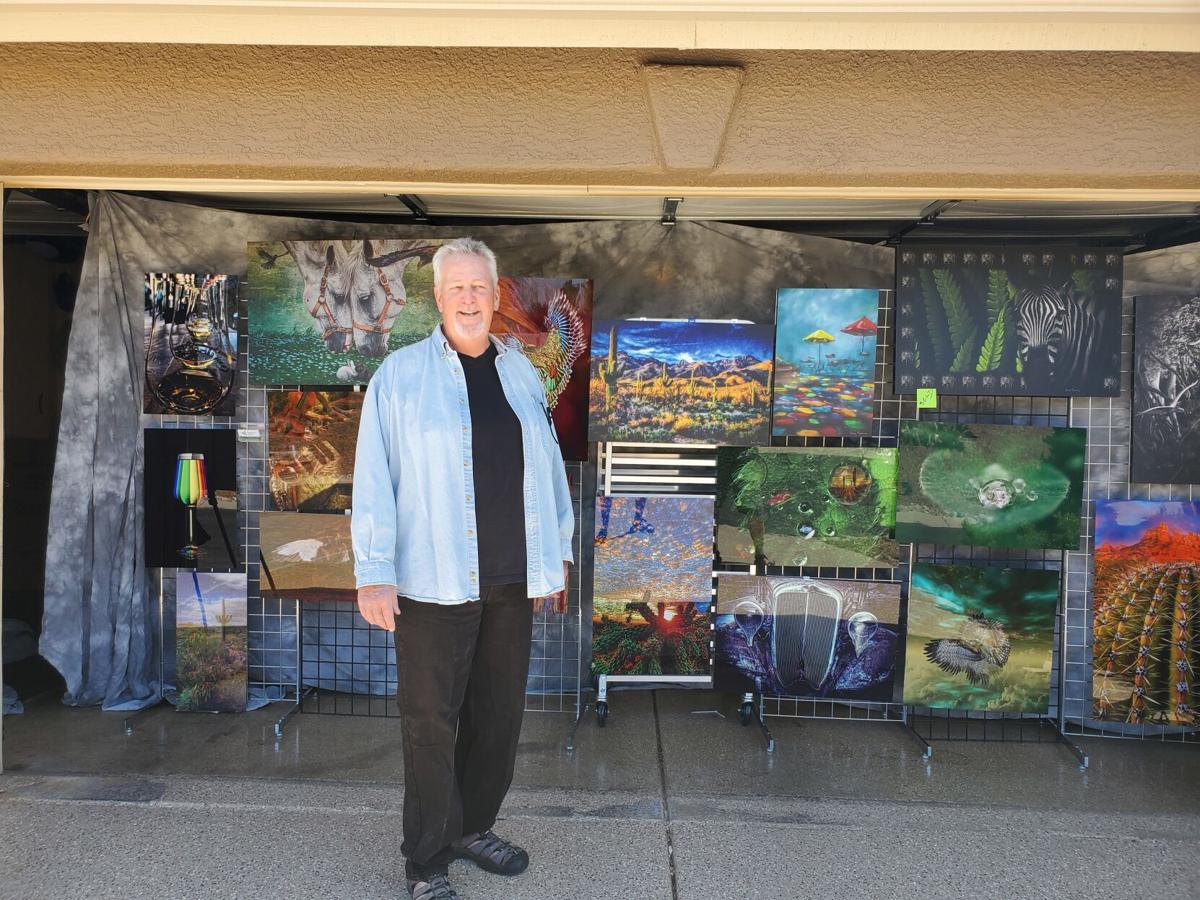 Jay Clary stands before his artworks. 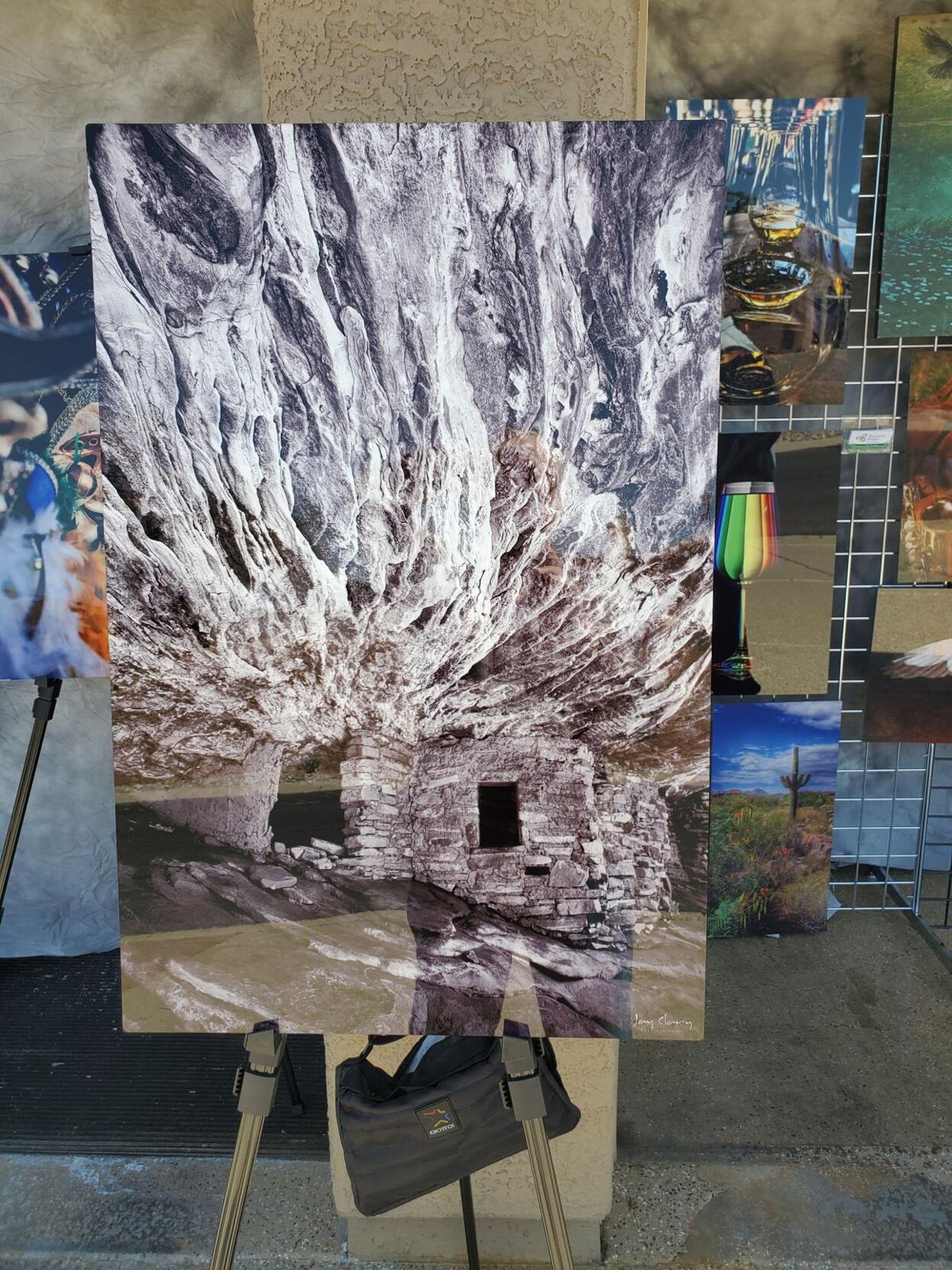 "The Burning House" by Jay Clary.

"The Prince, Before the Kiss" by Jay Clary.

Jay Clary stands before his artworks.

"The Burning House" by Jay Clary.

"The Prince, Before the Kiss" by Jay Clary.

One look at Jay’s art and I had to share his story with other SaddleBrooke residents, artists, and those who are just retired, but have been there, done that, and might want to do it again.

Jay, and his wife Diane, moved here five years ago from Colorado and still have a home in Florida. They fell in love with the mountains, climate, and activities found in SaddleBrooke. Jay plays tennis six days a week, fits in golf and backgammon, and plays pool.

Diane is very creative and is serving as President of the stained-glass club.

The picture of Jay standing in front of his art suggests he has been doing this for many years.

His career was in media and advertising for the Gannett Corporation (USA Today and TV and radio stations.)

Having bought a home in Florida after living in Colorado and experiencing the humidity, he and his wife decided to look for a climate with a dryer offering. They stayed in the Preferred Guest Program and decided the lifestyle found in SaddleBrooke to their liking.

The dabbling in art started as a way for him to express ideas and help people. The pictures included here show his skill level and his creative ability to capture emotions and feelings, while giving pleasure to those who are able to own some of his works.

“The Burning House” and “The Prince, before the kiss,” were two that caught my attention and made me want to share his story and artistic skills with our SaddleBrooke members.