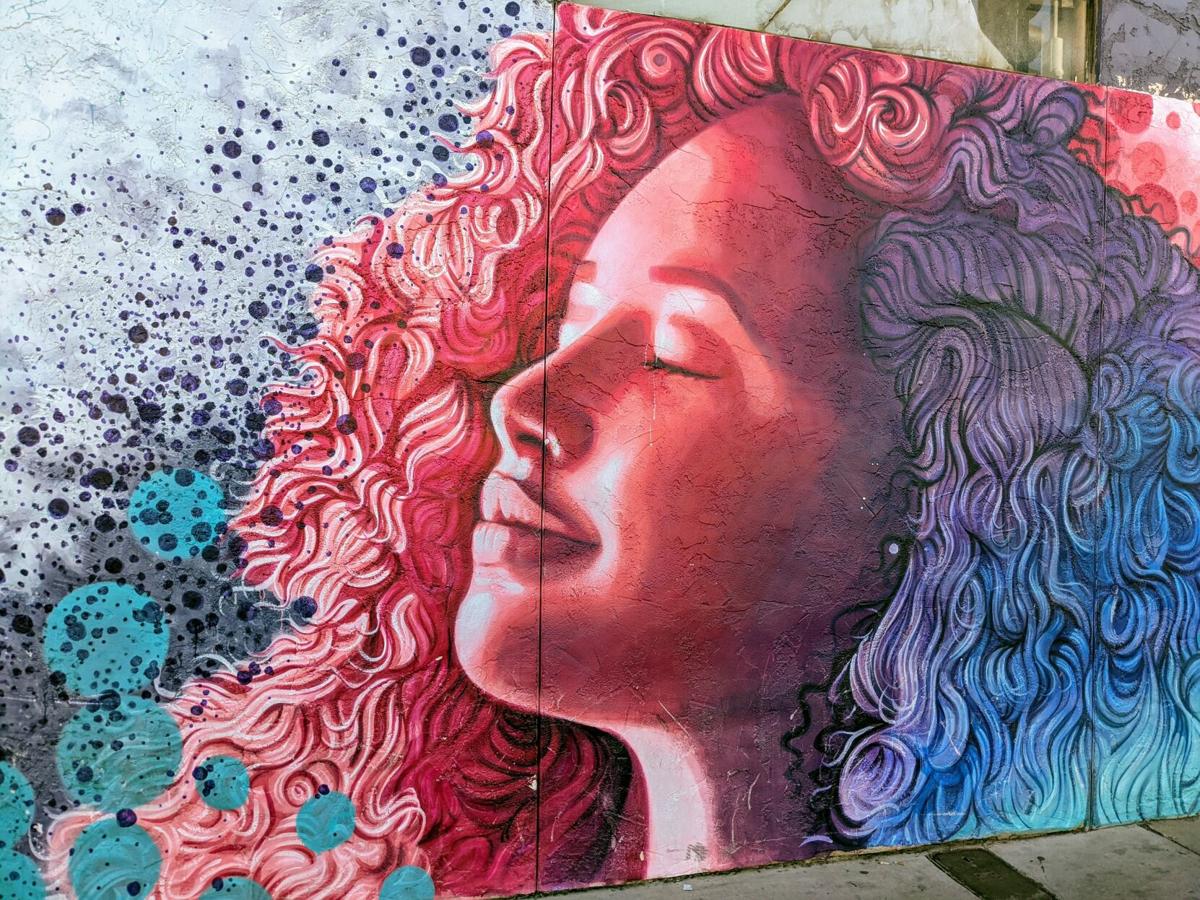 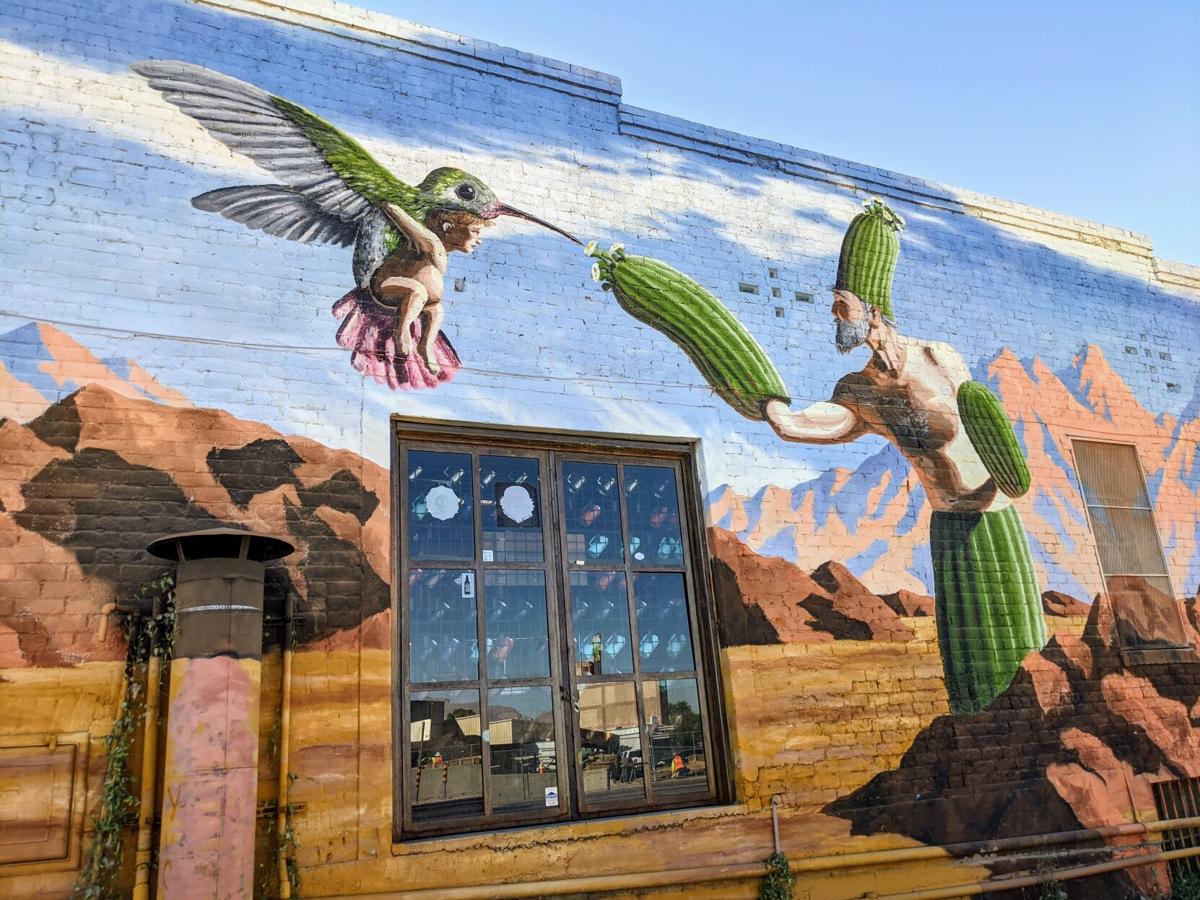 On Thursday, November 4, eight SaddleBrooke Hiking Club members met in downtown Tucson for a four mile walk to visit over 50 murals! This walk focused on the area between Stone and 4th Ave on the west and east sides with the north/south streets being University and Broadway. Tucson is a city known for its amazing and plentiful murals, but imagine being about to view that many in just four miles!

The Ronstadt House was designed and built by Tucson architect Henry C. Trost for Fredrick Ronstadt, a Tucson pioneer, wagon maker, hardware company owner, and Tucson’s first automobile dealer. Frederick’s father was a Mexican Army Colonel who brought his family to Tucson in 1882, just before the railroad connected the cavalry outpost of Tucson to the world. Singer Linda Ronstadt’s father, Gilbert, was born in the house at 607 North Sixth Avenue, one of the early Victorian mansions built nearby Tucson’s new railroad.

The hikers concluded their walk with lunch on the patio of the Cup Cafe in the Hotel Congress. Built in 1919, this hotel is the cultural landmark that anchors Downtown Tucson. The Congress is the site of the capture of gangster and bank robber John Dillinger in 1934.

History, art and great food after a nice walk. While not a traditional hike for the club, the mural walk has become one of the most popular SBHC activities this fall!