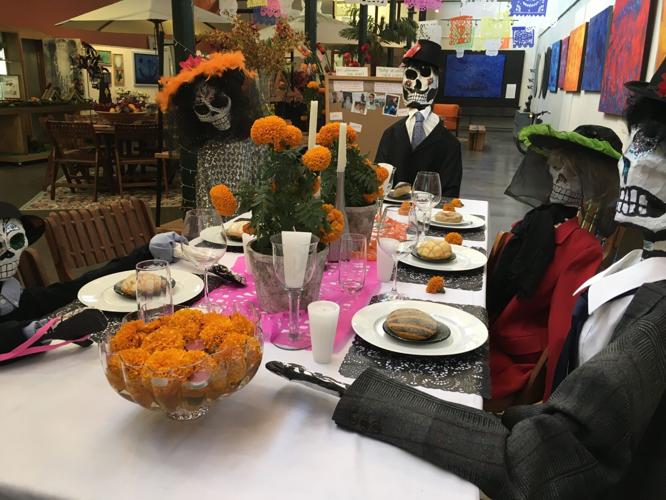 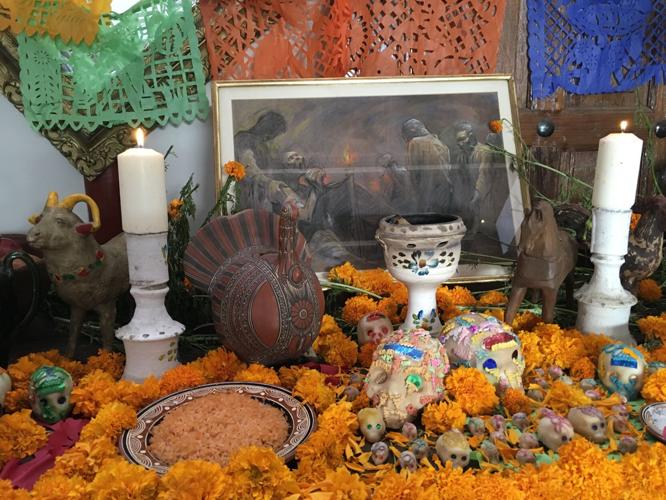 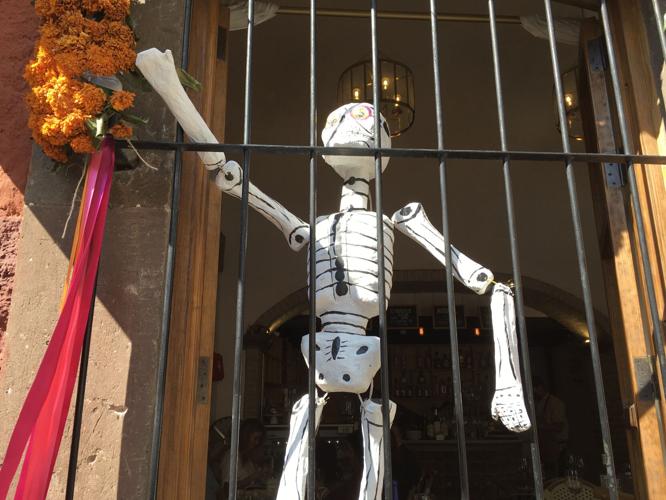 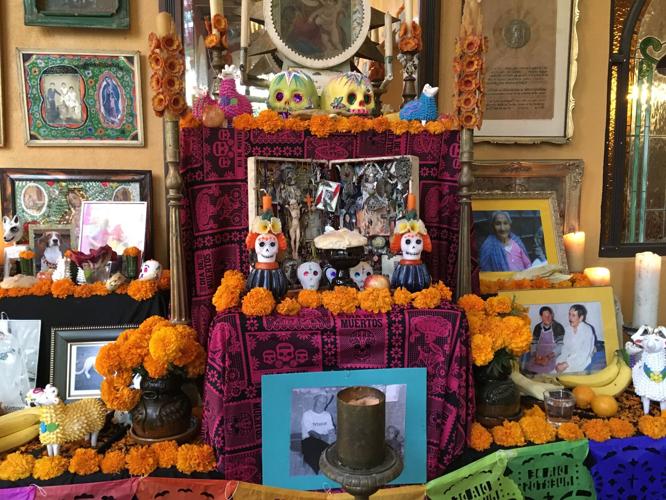 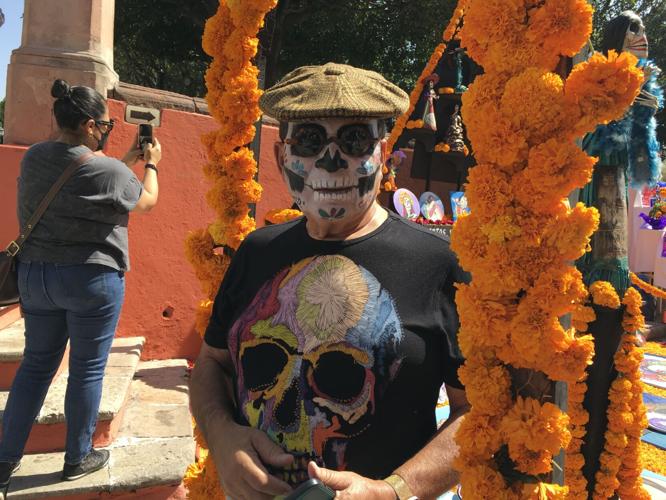 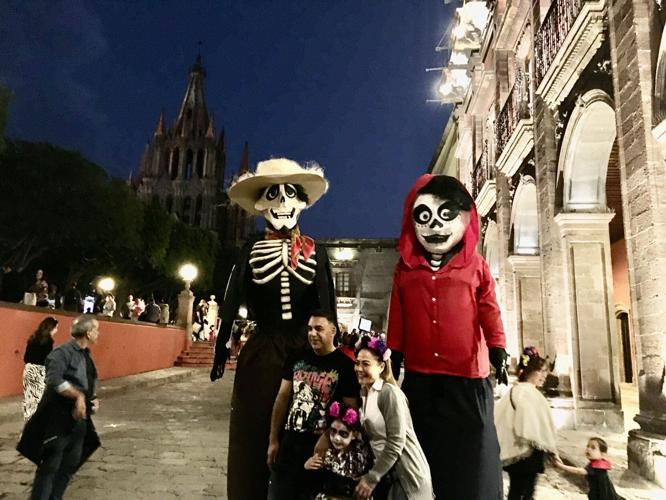 Day of the Dead is a wonderful Mexican holiday (now becoming very international) which is celebrated every year on November 1 and November 2. It has absolutely nothing to do with our Halloween, although our October 31 Halloween celebration is creeping into Mexico, also. That means there are almost three days in a row of festivities! The Day of the Dead, commonly known as DOD (Dia de los Muertos in Spanish), started many centuries ago when Aztecs were ruling. They were fascinated with the death aspect of life and spent a whole month devoted to it, presided over by a special goddess, Mictecacihuatl.

When the Spanish arrived in the 1400’s, they brought a special Catholic holy day on November 1, known as All Saints Day. Now in Mexico, November 1 is focused on deceased children and November 2, a national holiday, is focused on deceased adults. I know that the DOD concept can really turn some people off, but truly, it is a remarkably festive and happy time, celebrating and thinking about all that have gone before us, particularly people very close to us. When one thinks of DOD in Mexico, they most often associate it with the city of Oaxaca, which has come to be known as the preeminent place to go. But I do not really agree.

I do agree that people in Oaxaca celebrate the holiday very aggressively and it is certainly a lot of fun to go there and be part of all of that street excitement. I must say that the parades there are much bigger than in San Miguel and that tourists can definitely go out to cemeteries where families gather around graves with food and drink and often music. It is wonderful and very celebratory as well as emotional. Indeed, those are special moments to see, not really part of San Miguel festivities. But DOD in San Miguel is truly beautiful.

First there are the festive adornments on all of the doorways, mostly created out of the bright and colorful marigolds, the quintessential flower for DOD, used particularly for their scent which is pungent and helps the spirits find their way back! Those doors everywhere in the center of the city are just so beautiful and creative and are put up several days in advance of November 1. Then, there is face painting everywhere. Mini booths are set up on different streets with artists ready to paint your face! You can choose from different types of designs they show you on their iphones or in books. They are really artistic and when your face is ready, wow!

Now you can have fun for the next few days as everyone is wandering around with painted faces and some with elaborate costumes like catrinas (a visual image of a skeleton dressed up in some fashion or representing some person, which was made popular in the 40’s by Diego Rivera who included one in his famous painting called “Dream of a Sunday Afternoon in Alameda Central Park”). By the way, the face paint is easily washed off once you are ready to return to your real self!

Probably the most beautiful scenes during this time are the exceptional altars created by everyone everywhere you walk/enter. These altars focus on individuals that have died, including so many elements that relate to their lives when they were living among us. The altars usually have photos of those being celebrated, items personal to their lives, of course marigolds (a ubiquitous Mexican flower for this time), and candles. They are sentimental and thoughtful, each one more artistic than the next. I think that San Miguel excels in these altars, maybe because they have another festival near Easter called the Sad Virgen where very religious altars are created to remember the sadness of Mary thinking about the death of her son.

Lastly, there are two parades…the first one is held on November 1 and is called the “Catrina” parade where such costumes are worn. The second parade happens on November 2, with local participants, some bands and different groups. But none of these can rival the amazing parades in Oaxaca.

Overall, I love the atmosphere in San Miguel for DOD…festive, cozy and lots of fun. A nd importantly during this time in San Miguel, they open the crypt in the Parroquia (iconic church in zocalo) so people can go down and visit the tombs there. This is a rare event. For many years, when I toured clients in that church, we talk about the “crypt” but I never imagined entering it. It really is quite nice down there, very spacious!

If you choose to visit San Miguel during DOD, there is also much more you can see and do which makes this a super destination. Just being there in this 15th century UNESCO Spanish colonial city is appealing. You can satisfy and delight yourself with restaurants, architecture, photos, bars/cafes, several small museums, some new exciting indigenous ruins to tour, vineyards and of course many stores to shop. Why don’t you come with me next October and give yourself an amazing trip!

Linda Stack is owner of Travelinda, LLC , lives in SaddleBrooke and can be contacted via email at LLStack9597@gmail.com.