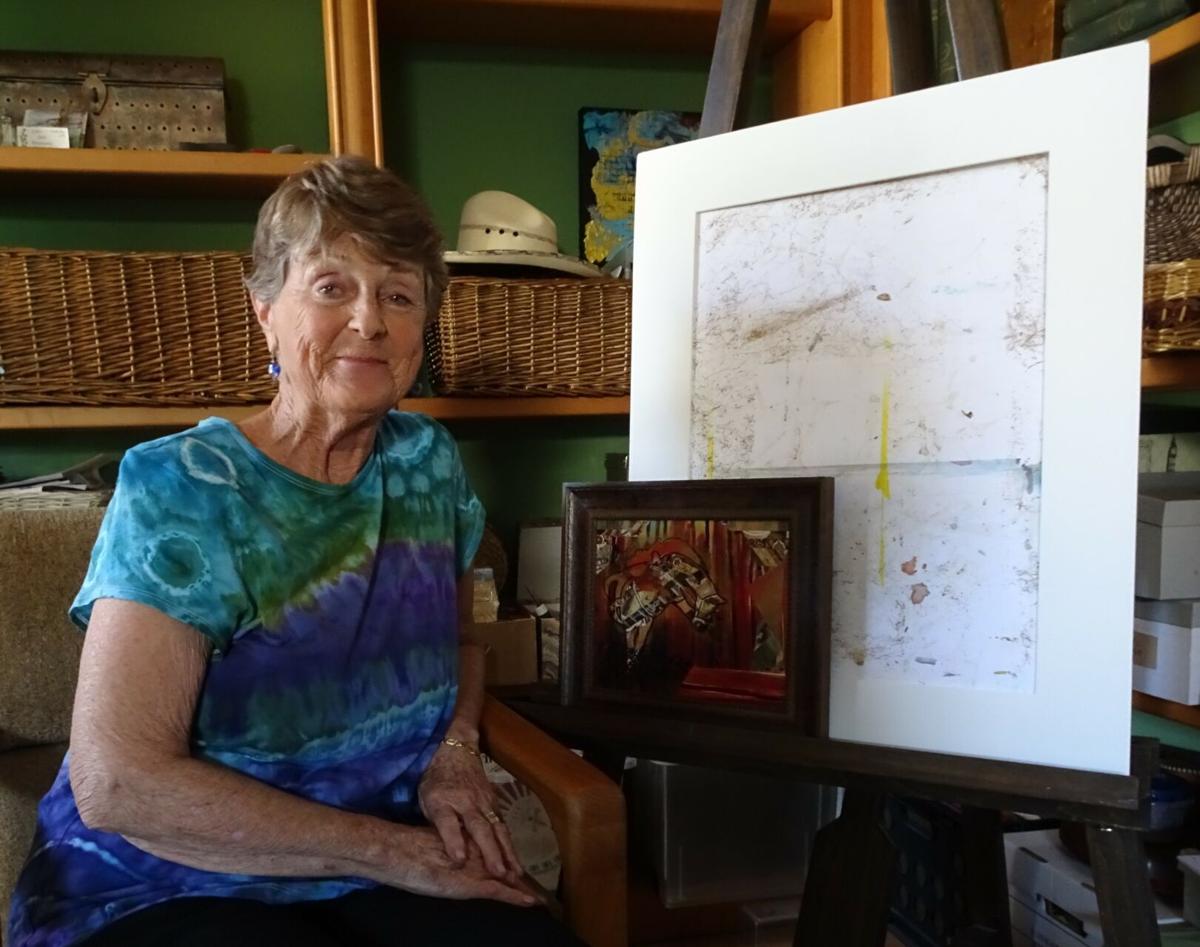 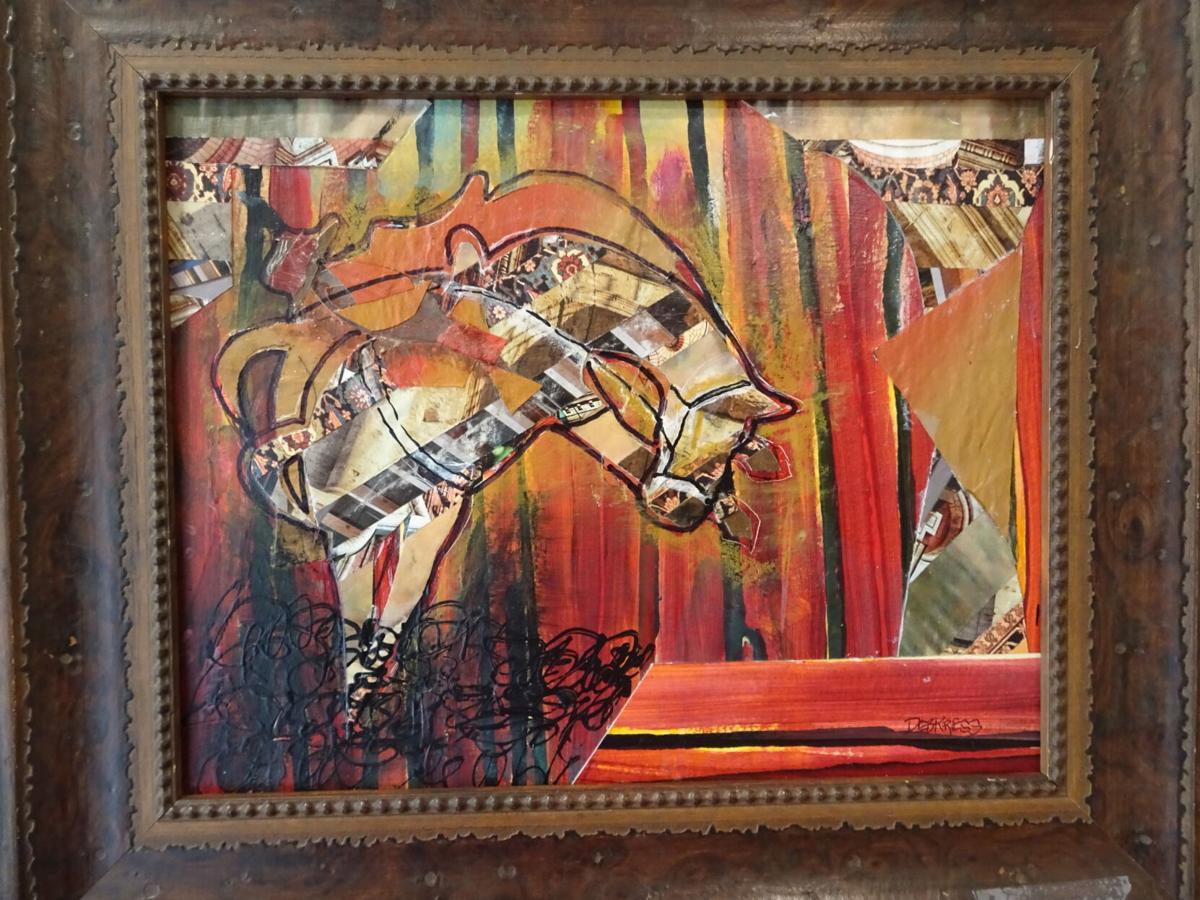 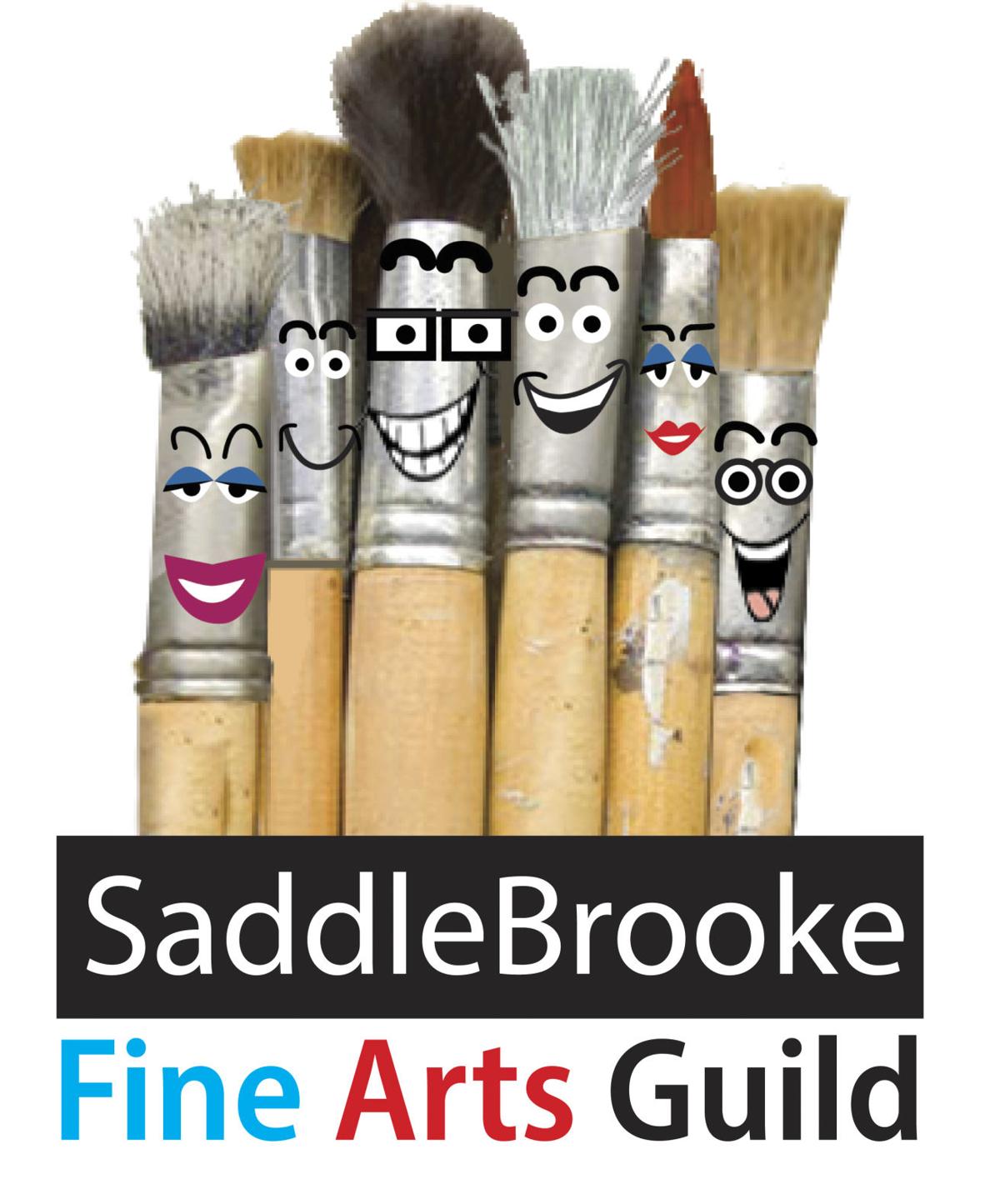 When Deb Kress decided she was going to enter the SaddleBrooke Fine Arts Guild’s 2021 “One Image, No Limits” contest, she first decided that collage was going to be her medium. While skilled in watercolor and acrylics, collage has been her medium of choice for 25 or 30-years. Her entry “Buckie” won an award of excellence in the intermediate/advanced category.

To create collages, Kress keeps a large variety of materials on hand and has organized, categorized and labeled most every supply. Built-in bookcases filled with neatly labeled bins and boxes line two walls of the small studio she carved out of her villa home. “I have lots of different kinds of papers—some I’ve made in a range of colors and photos pulled from magazines of many different subjects,” she explained.

A series of sketchbooks in which she outlines ideas fills a half shelf. “I usually start with an idea and rough out elements,” she said. “For this contest, I started with the elements in Gail Kolenda’s photo—the horse and rider, the fence and the spectators in the background. I tentatively planned to use drip paint people for the spectators and put samples on the page. I also included some sample papers—just to get the colors started.”

This initial sketch proved to have too many elements that would be competing and ended up being too busy to pursue. But the initial bucking horse and cowboy figure remained. “I sketched the horse outline on translucent paper and decided to focus on that as the central element for my interpretation. Then I began laying out thin strips of paper, some from magazine photos, some handmade, quite a variety. This became the basis for the main figure,” she noted. “I flipped it to the back side, plopped down my outline and cut it out. I ended up with lovely diagonal strips of paper making up the horse and accenting the long curve of his neck.”

Next, Kress tackled the background for her collage. While the idea of drip people, formed by starting with a blob of paint that forms a head and is allowed to drip down the page, forming a body, didn’t end up in her finished work, an old acrylic painting of drip trees ended up forming the base of her background. “I got all these wonderful colors with vertical lines contrasting with the diagonals from the horse and we had the start of something,” Kress explained. “I added several smaller elements from the paper I created to build the horse. These added balance to the piece but I couldn’t come up with a way to include the fence.”

Kress eventually settled on using black acrylic paint in a bottle tipped with a fine needle to add swirls of dust to the foreground. She also added a shadow behind the horse figure and outlined it. “The ears were so fun to do,” she smiled. Topping off the creation was a frame she found at the Golden Goose. “It had just the right look and I only had to touch it up a bit,” she added.

Kress said that collage is satisfying because it’s tactile and experimental, “You can play around and experiment with colors and shapes before you have to make a commitment. And if it doesn’t work, you often can add more layers or save it for use later in a different piece. You can use collage ideas in other work, too.” To that end, she’s teaching an upcoming Guild class on prayer flags, using collage elements.

For information on classes and Guild activities, visit their website at saddlebrookefinearts.org.