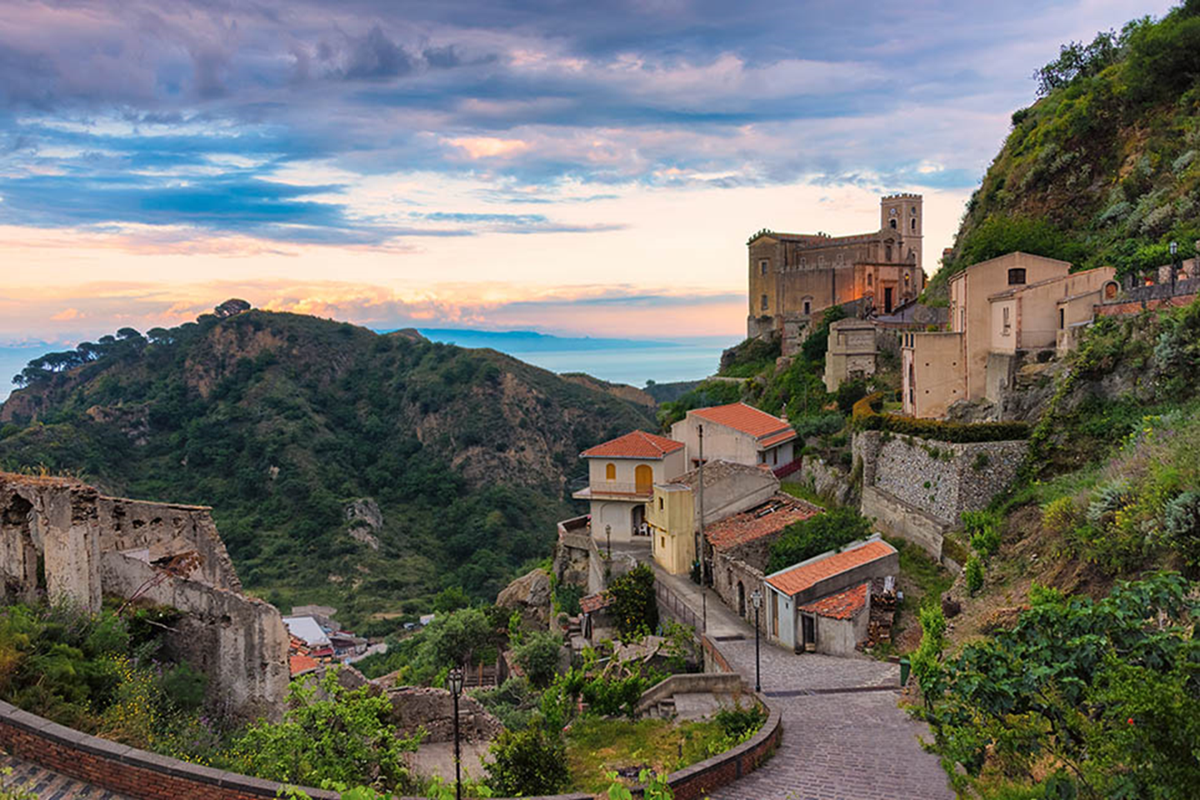 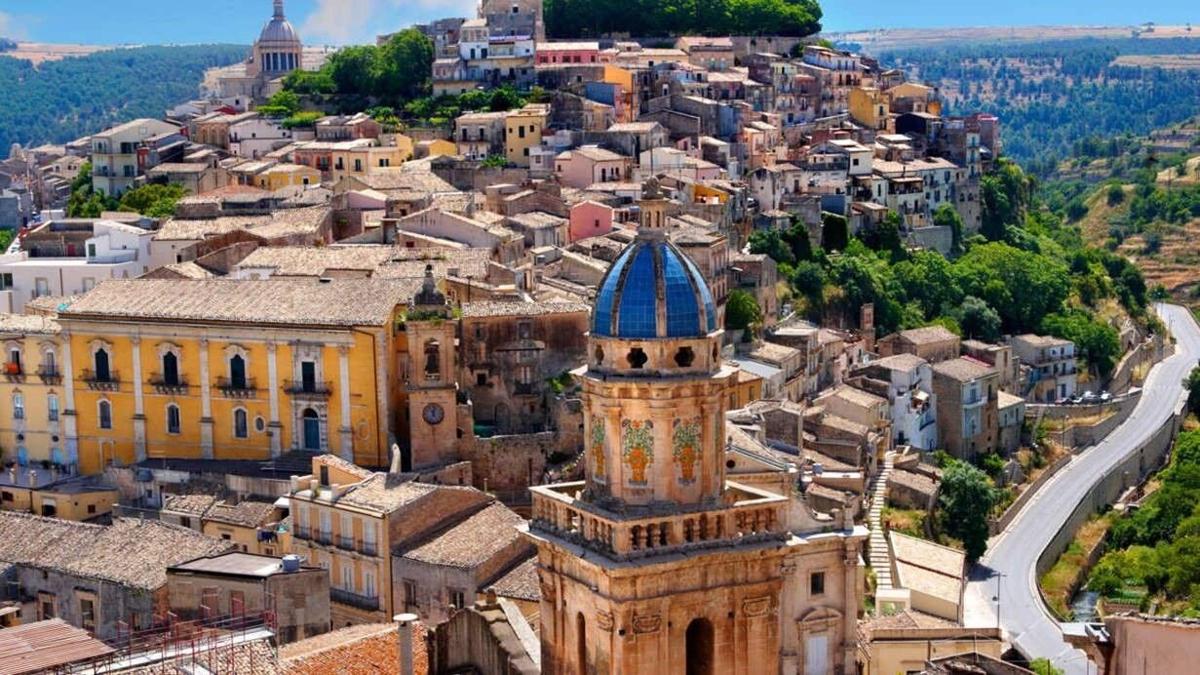 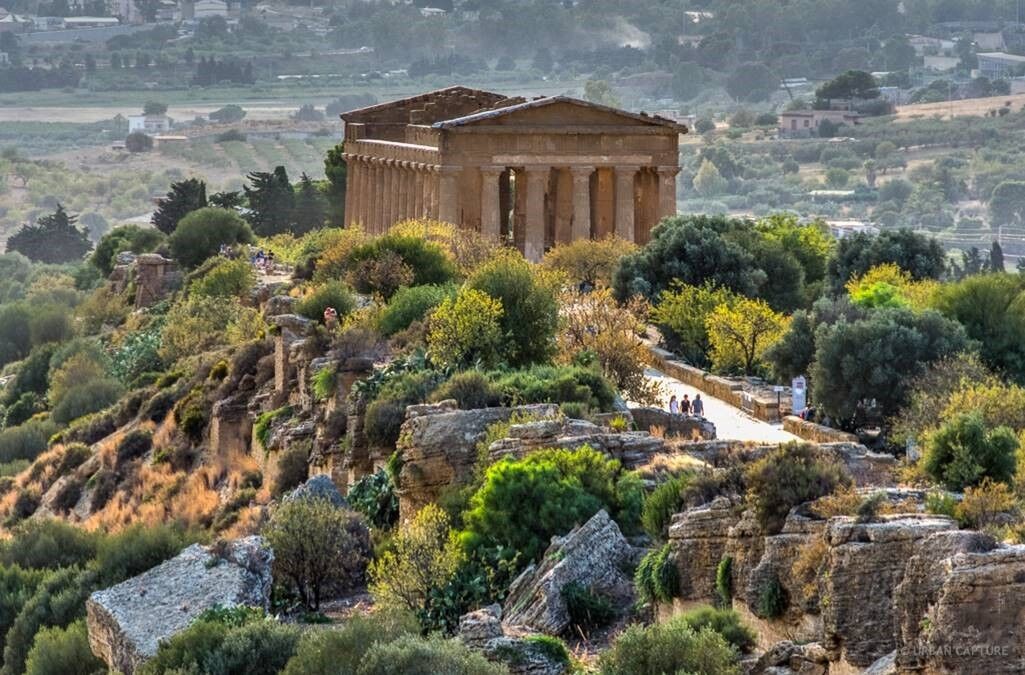 “Fascinating, enchanting, enthralling, amazing” are words clients use to describe their trips to Sicily.

Sicily is the largest island in the Mediterranean area, just off the toe of the boot of mainland Italy. While it is an island that seems to stand on its own, it is a key part of Italy. It has a population of five million people, with Palmero its capital. It is dominated by ancient history starting back with the Greeks in 750 BC. Not only did the Greeks thrive there, but also the Phoenicians, Romans, Goths, Byzantines, Arabs and Normans right up into the 13th century. And if you enjoy news of the Mafia, Corleone is the small town that Mafia bosses came from, including Tommy Gagliano, the one-time boss of the Lucchese crime family.

You might be wondering, what is the best way to see Sicily? I suggest a driving trip around the perimeter of the island, perhaps starting in Palermo in the north or Catania on the east side. Both cities are accessible by air. And you should plan for about nine to ten nights. With that type of schedule, you will be able to see most of the major cities and UNESCO heritage sites which abound there based on artifacts from the various cultures mentioned above. You could plan a self-drive, but my preference would be a private car and driver and/or join a small group trip of which there are excellent options.

Let me highlight some of the marvelous sights you will certainly want to include in your itinerary. Starting in Palermo, a great walking city, you can visit the impressive Palatine Chapel in the 12th century cathedral, commissioned in 1130 for the Norman kings of Sicily. Of course, you can enjoy markets and great food such as stuffed rice balls (arancini) and a sweet cannoli for dessert. Heading south, you can see the hill town of Monreale dating back to the 12th century, and then end up in Corleone. Continuing on, you will reach Selinunte, a thriving Greek city from 5th century BC. It sits on a high plane overlooking the sea, reaching its zenith in 409 BC prior to being attacked by the Carthaginians. A bit further southeast is the town of Agrigento, known for the UNESCO site of Valley of the Temples, seven temples in Doric column style. Stunning to see these great ruins in the beautiful countryside.

Nearby, in the small town of Piazza Armerina, you can tour the UNESCO site of Villa del Casale, a second century house built by a wealthy Roman who imported wild beasts from Africa. These ruins are renowned for their elaborate mosaics. Ragusa is a small hillside town, just west of Noto (on southeast of island) and again a UNESCO site known for its Baroque landmarks. Noto is a small town nearby, also representing great Baroque architecture and known for its honey-colored stone, locally quarried and used in its local architecture. North of Noto is Siracusa, with an abundance of superb Greek and Roman architecture from the third century. Lastly, up on the eastern coast you have Taormina, a cobblestone city which was a favorite resort of the European aristocracy. And outside the town, you encounter famous Mt. Etna, another UNESCO site, overlooking the Ionian Sea.

Where to stay as you make your away around Sicily? Where I stay is always one of the most important parts of my travels and Sicily meets my high expectations. Here are a few lovely hotels that you might want to consider:

What more can I say about Sicily? Certainly, you will not be disappointed! What about a group trip with friends and family? It is always fun to travel and make memories together.

Linda Stack owns Travelinda, LLC and can be reached at LLStack9597@gmail.com.