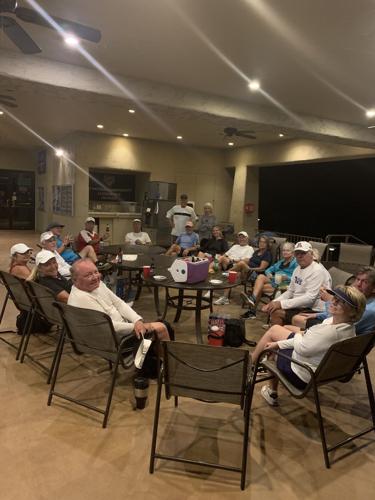 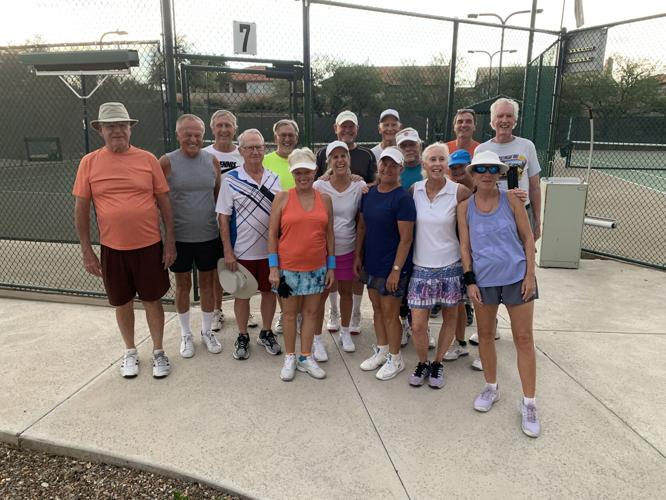 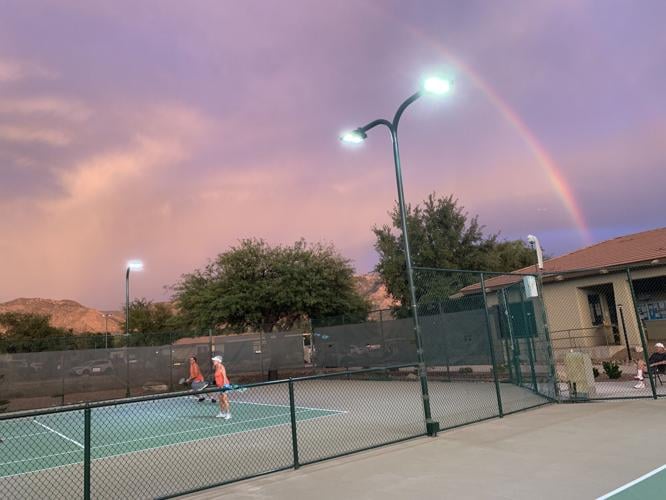 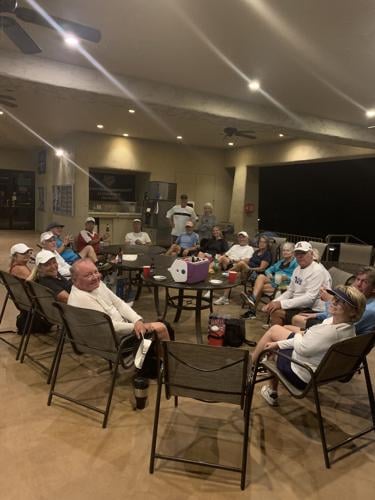 A dream finally came true for Mike Oberski. For years, Mike has been mentioning how fun it would be for our club to organize a World Team Tennis event. Well, he met Bill Wallin and they made a dream come true!

Bill and Mike organized four teams to play on Monday nights starting Monday, September 26 to Monday, October 17. The four Captains and teams were Jim Abrahamson for The Prickly Pears, Bill Wallin for The Big Saguaros, Mike Oberski for The Lions and Gary Rowell for The Tigers. There were 36 players participating. The format was Gender Doubles and Mixed Doubles playing a total of eight games for each. The challenge was you had to play “lets”! If you didn’t play the ball and said “let” the other team won the point. Easier said than done!

We had some weather challenges…wind, rain and even rainbows but we managed to get the necessary rounds in to declare the winner. Each night was celebrated with fun and camaraderie on the patio with snacks and beverages brought by the players. We especially enjoyed the scrumptious Hungarian pastries Zoli’s wife Mary Ann made! We had a Halloween celebration on our last night made special by Mike and Linda Oberski. They provided pumpkin pie, whipped cream, and great Halloween music. It was quite a sight to see all the players dancing to the Monster Mash in their costumes on the patio! JD Davis has the evidence of the fun. Best costume was Jim Abrahamson as a true jailbird in his black and white stripes.

Congratulations are in order for Jim Abrahamson’s Prickly Pears for winning the First SaddleBrooke World Team Tennis Tournament. The Pears beat out Gary Rowell’s Tigers by only five games out of a total of 144 games played! Rounding out the top four teams were The Big Saguaros and The Lions.

For the most part all the matches were pretty competitive, and everyone had fun.

If you are interested in joining the SaddleBrooke Tennis Club to play tennis or POP tennis, call the tennis center at (520) 825-0255. It’s great fun with wonderful people.