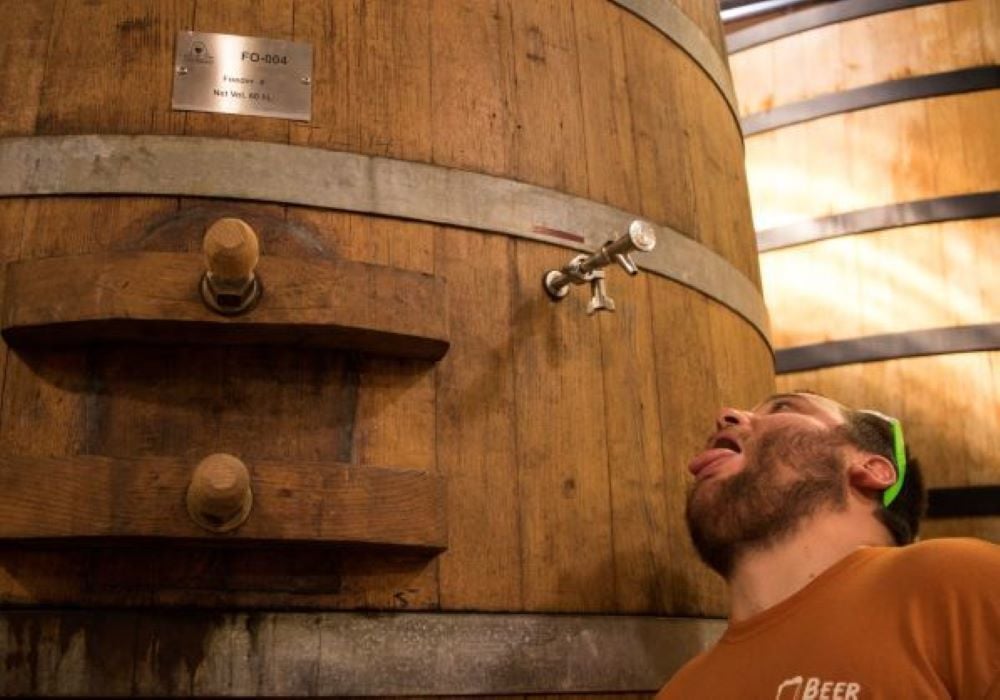 Every hobby or industry sports a unique vernacular. The world of craft beer is no exception. We have previously discussed words like, “hoppy, lager, ale and bittering,” and acronyms such as, “IPA or ABU.” This month let’s explore the world of beer containers. I hope that the discussion adds some new words to your personal vocabulary. Let’s learn about growlers and crowlers, kegs, casks and firkins.

Historically, beer was stored in oak casks in the 16th century. At that time homemade blown-glass bottles with wired corks were also used. The problem with these glass bottles was explosion due to buildup of CO2 during the secondary fermentation. It would be another century before the strength of glass bottles was perfected.

The beer casks were initially dependent on gravity to “draw” the beer. Thus, the traditional terms of draught and draft, referring to beer from a tapped keg. In the late 1700s, Englishman John Bramah, invented a “beer engine” that allowed barkeeps to leave the beer barrels in a cellar and pump the beer up to the taps.

Today, beer is processed into aluminum kegs. There is a distinct difference between a beer from a keg and a cask-conditioned beer. Keg beer is filtered and carbonated with CO2 before kegging and is then pushed out with a CO2 tap system. Recently, Nitrogen is sometimes used to push through the tap system. You will most commonly see the term Nitro with the maltier, dark beers such as a Stout or Porter. In a simple chemistry-free explanation, Nitrogen keeps the bubbles smaller, giving the beer drinker a smoother and creamier experience.

In contrast, cask-conditioned beer is not filtered or carbonated. The beer develops its carbonation in an organic process in the cask without added CO2. It should be noted that the drinking experience of a cask-conditioned beer will be quite different. Typically, it is not cold, and it will be less fizzy.

One additional note about casks, is the modern day use of “Firkins.” A firkin is a term derived from the Middle Dutch word, “vierdekijn,” that meant fourth. In America, it is a quarter barrel, or 10.8 gallons. However, in many craft breweries the Firkin is more than just a volume reference. Firkins are used to create small batches of experimental brews. The firkins have a short shelf-life after tapping. So, if your local watering-hole is tapping a firkin, get down there right away. It means you will have a limited opportunity (time and volume) to try a one-of-a-kind beer.

I want to touch on the terms Growler and Crowler. A Growler is essentially a beer jug. While jugs have been around forever, the Growler is a modern American brewpub phenomenon. Breweries fill reusable jugs with fresh beer from their taps. A Growler is usually a half gallon, but the volume seems to be quite variable. Growler beer is also intended to be drank within 24-48 hours.

Finally, let’s talk about Crowlers. A Crowler is can + growler. It is a 32-ounce aluminum can of fresh beer. The difference between a Growler and Crowler is that, unfortunately, the Crowler is a one-time use. This leads me to a whole other discussion. That is the raging battle of beer in bottles versus cans. We will have to shelf that topic for next month. Perhaps you should go out and do some research about whether you like your beer better from a bottle or a can.